We are living in constant fear of probe agencies, state: Sibal

Rajya Sabha MP says even though it is happening all over the world, 'India is an excessive example of the use of religion' 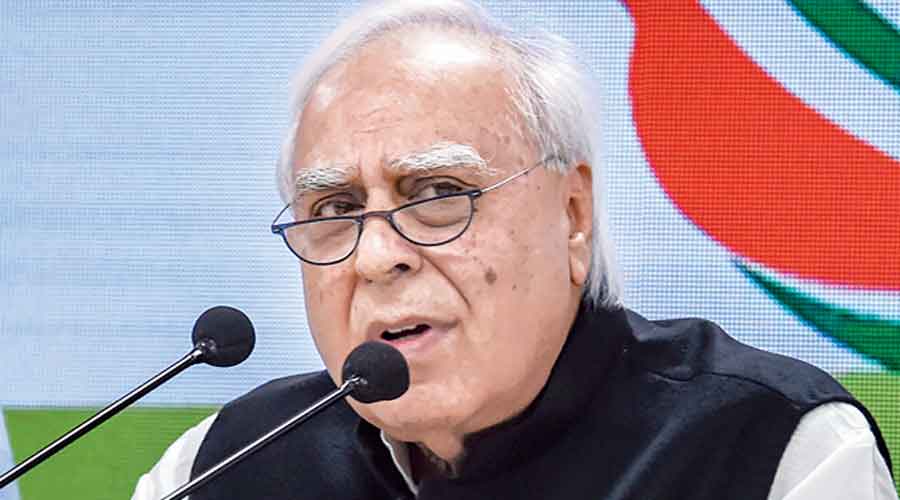 Former Congress leader and senior lawyer Kapil Sibal on Friday made veiled attack at the Centre, alleging people have been living in the fear of investigating agencies, the state and the police.

Talking about the "use of religion as a weapon", the Rajya Sabha MP said that even though it was happening all over the world, "India is an excessive example of the use of religion".

"It's happening all over the world. It was complete intolerance what happened in Leicester yesterday. We all know what happened there. So it's being exported now. The real problem is, in India today those who are part of the hate speech are the collaborators of a particular ideology, the police are not willing to do anything," Sibal said.

The former Cabinet minister was speaking at the launch of his book, "Reflections: In Rhyme and Rhythm", published by Rupa Publications.

He added that those who give hate speeches are not prosecuted and hence, are "emboldened to give another speech of the nature".

"Whole populations are afraid and they get mentally ghettoised. What do they do? So they are afraid. We are living in constant fear. We fear the ED, we fear the CBI, we fear the State, we fear the policemen, we fear everybody. We don't have any trust in anybody anymore," the politician-turned-poet said.

The 74-year-old senior advocate also criticised the judiciary, alleging the poor man cannot come to the court as he has "no money to pay the lawyers".

"It is the fight between two corporate world in the court every day. Amazon vs Reliance, this vs that. And the poor man, he cannot come to the court. He doesn't have the money to pay for lawyers. A guy from Kerala, from the Northeast, West Bengal, in the south, how is he going to come to the Supreme Court. He just doesn't have the means," he rued.

He added that people's confidence in the justice system is waning.

"Then there is the issue of fairness. What is fair? Fair is when you have great confidence that you will get justice. Lot of us believe that that confidence is waning and the general public, people of India think. People who interact with me on a daily basis, will we get justice? I cannot assure them... there is no way to help. Because the system doesn't help them," Sibal said.