Advertisement
Home / India / Waterlogging in Delhi: Kejriwal says now not the time to blame each other

Waterlogging in Delhi: Kejriwal says now not the time to blame each other 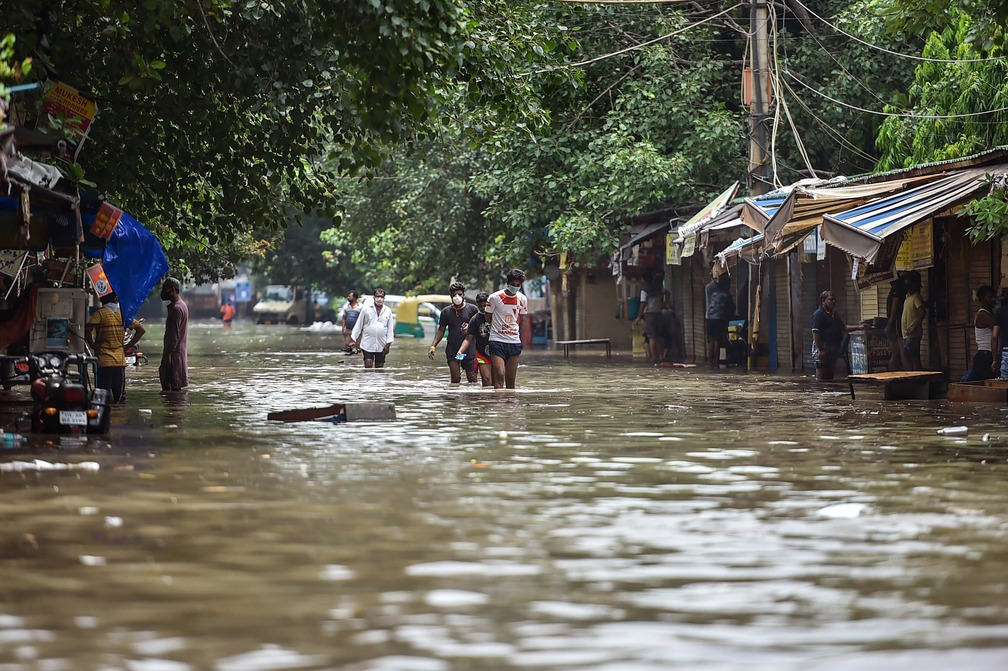 This is not the time to play the blame game over waterlogging in parts of Delhi as all agencies have been busy combating the coronavirus, chief minister Arvind Kejriwal said on Sunday after the BJP charged that the first spell of rains has "exposed" the AAP government's preparations.

Heavy rains caused waterlogging in parts of Delhi, including at Minto Bridge where a 56-year-old man died allegedly due to drowning after his mini-truck was submerged.

BJP MP Manoj Tiwari alleged that the AAP government's preparations have been exposed by the first spell of monsoon rains.

In a tweet in Hindi, Kejriwal said, "This year, all agencies, be it Delhi government or MCD (civic body), were busy in prevention of Covid-19. They faced many difficulties due to corona. This is not the time to blame each other. All have to fulfil their responsibilities together. Wherever there is waterlogging, we will try to pump out water immediately."

Later, in another tweet, the chief minister said water had been drained from the Minto Bridge. Kejriwal said he had been in touch with the agencies and monitoring the process of removing water from there.

Slamming the chief minister, Delhi BJP president Adesh Gupta in a tweet said that it is just the beginning of monsoon and asked the AAP dispensation to take concrete steps as soon as possible to prevent waterlogging.

Gupta also condoled the death at Minto Bridge which comes under the Delhi PWD.

He said that if steps were taken in time, the death due to waterlogging could have been prevented.

"Minto Bridge area comes under the PWD of Delhi government. There is a pump which was not started in time and the DJB line which carries the lifted water was also choked. We have been raising this issues in the past," he said.

Taking to Twitter, Tiwari said that the situation worsened in a few hours of rains and wondered what will happen if there is rains for months.

"...Arvind Kejriwal ji your preparations are exposed by the first rains of Monsoon. A solid plan should be prepared to deal with the rains so that Delhi could be prevented from submerging and people saved from difficulties" the BJP MP said on Twitter.

The national capital received its first spell of heavy rains on Sunday morning which led to waterlogging in low-lying areas and brought traffic to a standstill at key stretches in the city.

According to the Delhi Traffic Police, jams were reported from Azadpur to Mukarba Chowk, Yashwant Place to Ashoka Road, at Ring Road, Bhairon Road, and near Mundka metro station due to heavy waterlogging.

The driver and the conductor of a bus that got stuck at the Minto Bridge underpass due to waterlogging were rescued by fire department personnel, officials said.