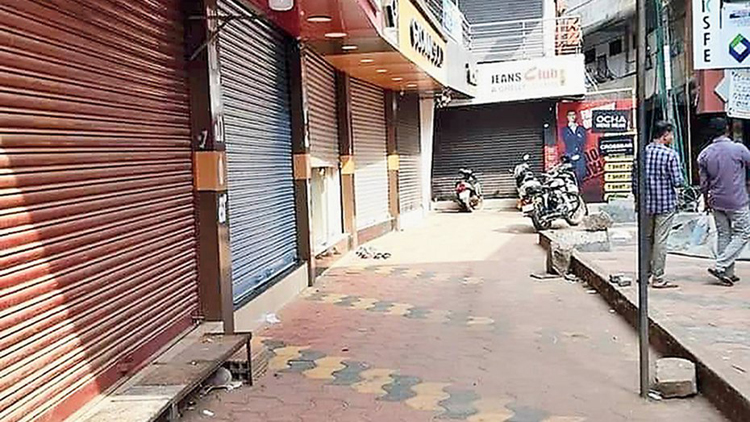 In Kozhikode in northern Kerala, a blanket shutdown on Monday greeted the BJP event in at least two towns in the district
(Sourced by the correspondent)
Our Special Correspondent   |   Bangalore   |   Published 15.01.20, 09:37 PM

Slogans threatening Muslims with a reminder of the Gujarat riots have been heard at a BJP rally in Kerala in support of the Citizenship Amendment Act (CAA).

The slogans in Malayalam used disparaging terms and add: “Come out…, Don’t you remember Gujarat? Play with care….”

The slogans were raised at pro-CAA march in Kozhikode in northern Kerala on Monday when a blanket shutdown greeted the BJP event in at least two towns in the district.

On Wednesday, police in Kerala booked about 100 BJP workers. A case was filed on the basis of separate complaints filed by the Indian Union Muslim League and the CPM-backed DYFI. No arrests have been made till Wednesday evening.

State BJP general secretary M.T. Ramesh told The Telegraph that he had no idea who shouted such slogans. “There were so many people in the march. We don’t know who raised these slogans. But I can assure you that these lines were not in the slogans that the party had given them,” he said.