Residents of Pandua panchayat want a bronze statue of the poet, a Rabindra Smruti Bhavan (memorial) and a dance and drama school to boost local tourism 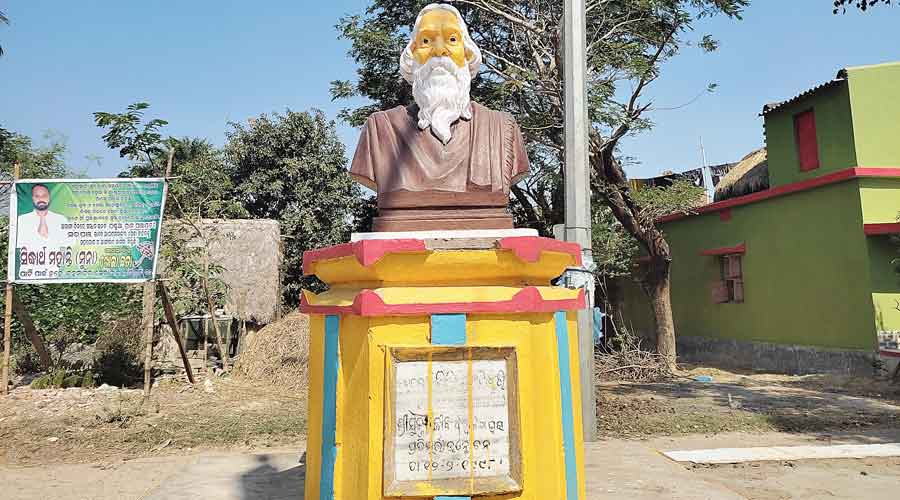 Rabindranath Tagore has become an unlikely election issue at an Odisha panchayat ahead of the state-wide rural polls this month.

Residents of Pandua panchayat, 140km from Bhubaneswar, want a life-size bronze statue of the poet, a Rabindra Smruti Bhavan (memorial) and a dance and drama school in acknowledgement of their historical association with Tagore and as a measure to boost local tourism.

They say that on February 22, they will vote only for candidates who can convince them they would work together to help the panchayat achieve these demands.

“If the Sardar Vallabhbhai Patel statue can improve the tourism potential of Gujarat, why can the same principle not be replicated here?” said Bijay Kumar Sahu, a resident of Pandua village, which is part of the Pandua panchayat.

Villages under the panchyat are among about 60 villages spread over a radius of 20km that were part of the Tagore family’s zamindari. A young Tagore would come and stay in Pandua village between 1891 and 1895 to supervise revenue collection.

The villagers said Tagore wrote the dance drama Chitrangada in Pandua as well as several songs that later became part of the English Gitanjali, which brought him the Nobel in 1913.

The local water body where Tagore wrote Chitrangada.
The Telegraph

When this correspondent visited the village on Tuesday, young and old were discussing the panchayat elections at their clubhouse, named Rabindranath Tagore Kala Niketan and Yuva Parishad.

At the entrance to the village — at the end of a road named Rabindra Sarani — stands a bust of Tagore on a plinth. Most of the homes are pucca houses.

A ward member, Niranajan Baral, said the villagers had had the clubhouse built with Rs 12 lakh of their own money and that it reflected their love for Tagore.

“We built it without government support. Everyone contributed. The area can get onto the tourism map only if we can showcase how a part of Rabindranath’s life was associated with it,” Baral said.

Baral said a single ward member like him could do little to help the cause. The residents have this time, therefore, decided to seek a firm commitment from the political parties, which do not contest rural polls directly but back many candidates.

Baral said he was not associated with any party and was not contesting this time.

Villagers said Tagore loved to listen to the Mahabharat Parayan (recitation of the Mahabharat) at the Panduswara local temple. “He composed Chitrangada and a few other works sitting on the banks of the local water body, Brahmani Patta,” Baral said.

“There used to be a beautiful mango orchard here, but it has been lost over the years. The water body should be renamed after the poet and gardens should be built on both its banks.”

Sarat Chandra Das, president of the Biswa Kabi Rabindranath Tagore Memorial Committee, formed to press for the panchayat’s Tagore-related demands, said the poet’s grandfather Dwarakanath Tagore had won the lease for the Pandua zamindari in 1840.

He said Tagore’s revenue collection office in Pandua village was in a rundown condition.

“When Pranab Mukherjee was President, the Centre had sanctioned money for a Tagore memorial here. But the money was diverted for other purposes, and we felt helpless,” Das said.

“We protested before the district administration but nothing happened. Now we are insisting that political leaders work towards preserving Tagore’s legacy. That’s the best way of developing tourism here. The state government should declare this place a heritage site.”

Local schoolteacher Malaya Kumar Biswal said: “My grandfather Bhikari Charan Biswal was one of the managers of Tagore’s estate. Tagore’s family donated 10 acres of land to the village school. We have an emotional bond with Tagore.”

The school has a bust of the poet.

Biswal said that after 1896, the Pandua estate was distributed among some of Tagore’s brothers.

Several poll candidates told this newspaper they were aware of the residents’ sentiments and would work to fulfil their hopes.