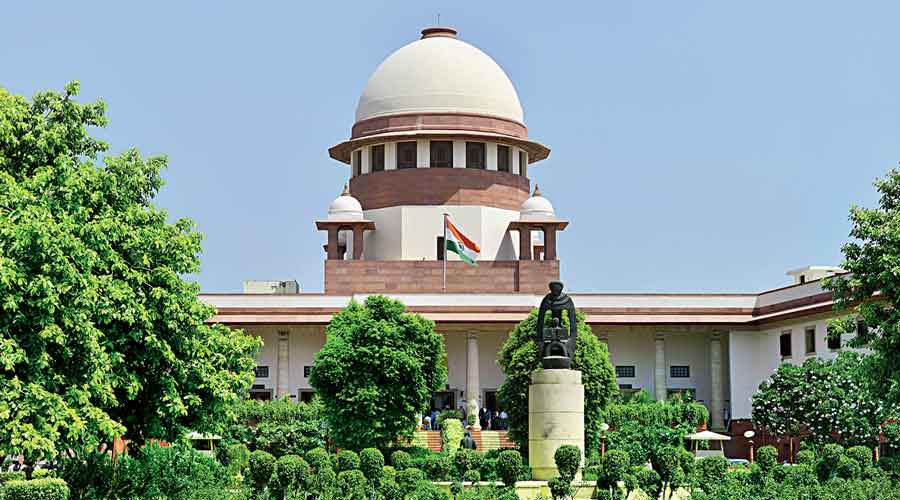 The Supreme Court on Wednesday observed that voters were bribed “everywhere”, hearing a petition seeking action against the distribution of election-time freebies.

“Forget all those things about when the elections are going to be over and all that. What will the court do, stop the elections? Election bribing is taking place everywhere. We all know that. It is not happening in a particular state. But you have to prove the allegations before a court of law,” Chief Justice N.V. Ramana remarked when counsel Barun Kumar Sinha urged the top court to urgently list the petition seeking disqualification of candidates “inducing” voters with freebies from the public exchequer and registration of FIRs against them for corrupt practices.

The bench that also had Justices A.S. Bopanna and Hima Kohli agreed to list for hearing on Thursday the plea filed by Hindu Sena vice-president Surjit Singh Yadav, who has sought action against the Samajwadi Party, Congress, Aam Aadmi Party and the Bahujan Samaj Party for allegedly offering freebies to voters in Uttar Pradesh and four other states.

The petitioner has made the four political parties and the Election Commission of India respondents. The Hindu Sena leader has not named the BJP in his petition.

According to the petitioner, the promise of freebies if voted to power “may be declared as corrupt practices and bribery in terms of provisions of Section 123 (1)(b) of the Representation of the People Act, 1951, and the candidates set up by such political parties may be declared disqualified from contesting the election in that state”.

Filed through advocate Abhishek Sharma, the plea stated that such a measure was required to ensure free-and-fair voting and uphold the purity of the election process by preventing “corrupt practices”.

“Therefore, the Election Commission is required to be directed to evolve a mechanism at the time of filing nominations, declaration to the effect that their political parties on whose symbol they are contesting election have not made any offer and promise of freebies at the cost of public money if they are voted to power. If such declarations by the candidates are found wrong, such candidates must be declared disqualified from contesting the election and if elected, such election may be declared void. Therefore, mass offer or promise by political parties for electoral gains can be categorised as corrupt practices,” the petition stated.

It was submitted that “corrupt practices adopted by the registered political party through making offer/ promise to the voters/ electors of freebies at the cost of public money would certainly fall within the definition of bribery. Therefore, the candidate set up by that political party may be declared disqualified during the election campaign or before the elections are held or post-election by the Election Commission of India itself,” it added.

The petitioner alleged that during the past five years registered political parties have been inducing voters through offers and promises of freebies such as free water, electricity, Wifi, bicycles, laptops and mobile phones.

“Therefore, the question arises, can a political party, its leaders make public announcement during election campaign or prior to election campaign or offer/ promise which is to be fulfilled at the cost of public money? It further requires consideration by this Hon’ble Court that a political party can make an offer/ promise which is directly or indirectly related to public money and without any budgetary provision for the same, can such offer/ promise be made to induce the voters/ electors in their favour? It further requires consideration by this Hon’ble Court that in the event of involvement of public money to fulfil offer or promise, it would attract Section 123(1)(a) of the Representation of the People Act, 1951,” the petition said.

The section lays down what construes corrupt practices.