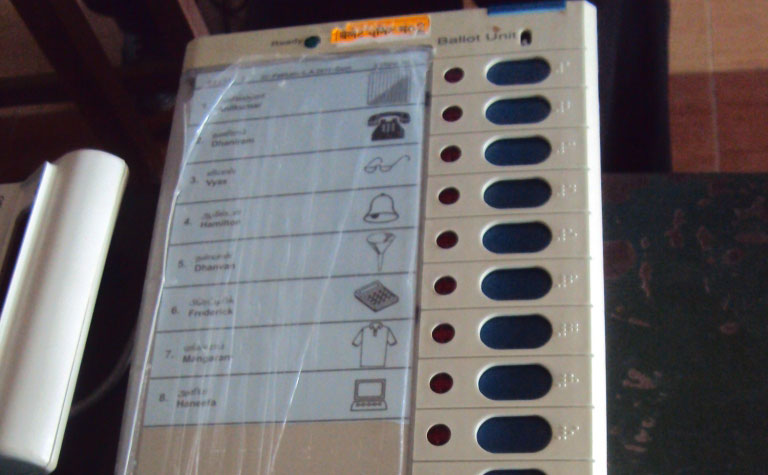 In the petition filed through advocate Prashant Bhushan, the NGOs submitted that the Election Commission had this time introduced a real-time reporting of the voter turnout for every single constituency on a mobile app called the “My Voter turnout app”.
(Shutterstock)
R. Balaji   |   New Delhi   |   Published 20.11.19, 09:01 PM

A petition in the Supreme Court has alleged large-scale discrepancies between the final tally of votes in the Lok Sabha polls declared by the Election Commission and the provisional lists it had announced, with a mismatch in 347 out of 542 constituencies and the difference bigger than the margin of victory in six seats.

The NGOs Association for Democratic Rights (ADR) and Common Cause on Tuesday jointly moved the petition, which is yet to be listed for formal hearing. The elections to the 17th Lok Sabha were conducted in seven phases. The results were announced on May 23.

The petition was filed through advocate Prashant Bhushan.

The NGOs submitted that the Election Commission had this time introduced real-time reporting of the voter turnout for every single constituency on a mobile app called “My Voter turnout app”.

According to the petition, the Election Commission published real-time polling data from every booth for the first six phases, giving the “exact number of voters”, but in the last phase “only percentage figures were given and previous data was removed”.

The NGOs said research by a team of experts had found serious discrepancies between the voter turnout data collated and provided by the Election Commission initially and the final count of votes.

The petition said “the study of the discrepancy patterns in all the constituencies based on the data made available on the main website” of the Election Commission as well as the “My Voter turnout app” had revealed that the “master summary of 542 constituencies shows discrepancies in 347 seats”, with the difference ranging from one vote to 101,323 votes.

In six seats, the discrepancy in the voter count is higher than the winning margin. These were: Guntur and Visakhapatnam in Andhra Pradesh; Anantnag in Jammu and Kashmir; Khunti in Jharkhand; Koraput in Odisha and Machhlishahr in Uttar Pradesh.

The study found “no particular co-relation (of the discrepancy) with any party”.

The Election Commission had been asked for details of the data through an RTI application, but had not responded, the petition said.

It said that even though the results for all the constituencies were declared on May 23, the poll panel had admitted on June 1 that it had not received the index forms of all the 542 seats on the final tally of votes counted.

The results were declared “on provisional figures and without determining the exact ballot count and without due reconciliation of the discrepancies”, the petition said, adding that the poll panel has a statutory duty to collate and publish accurate data. It sought a directive to the poll panel to investigate and report back to the court on the alleged discrepancies.

It also sought a directive to the Election Commission that in future it shall not announce “any provisional and estimated election results prior to actual and accurate reconciliation of data” and that it will evolve an “efficient, transparent, rational and robust procedure/mechanism by creating a separate department/grievance cell for investigation of discrepancies in election data and for responding to the elector’s queries on the same”.