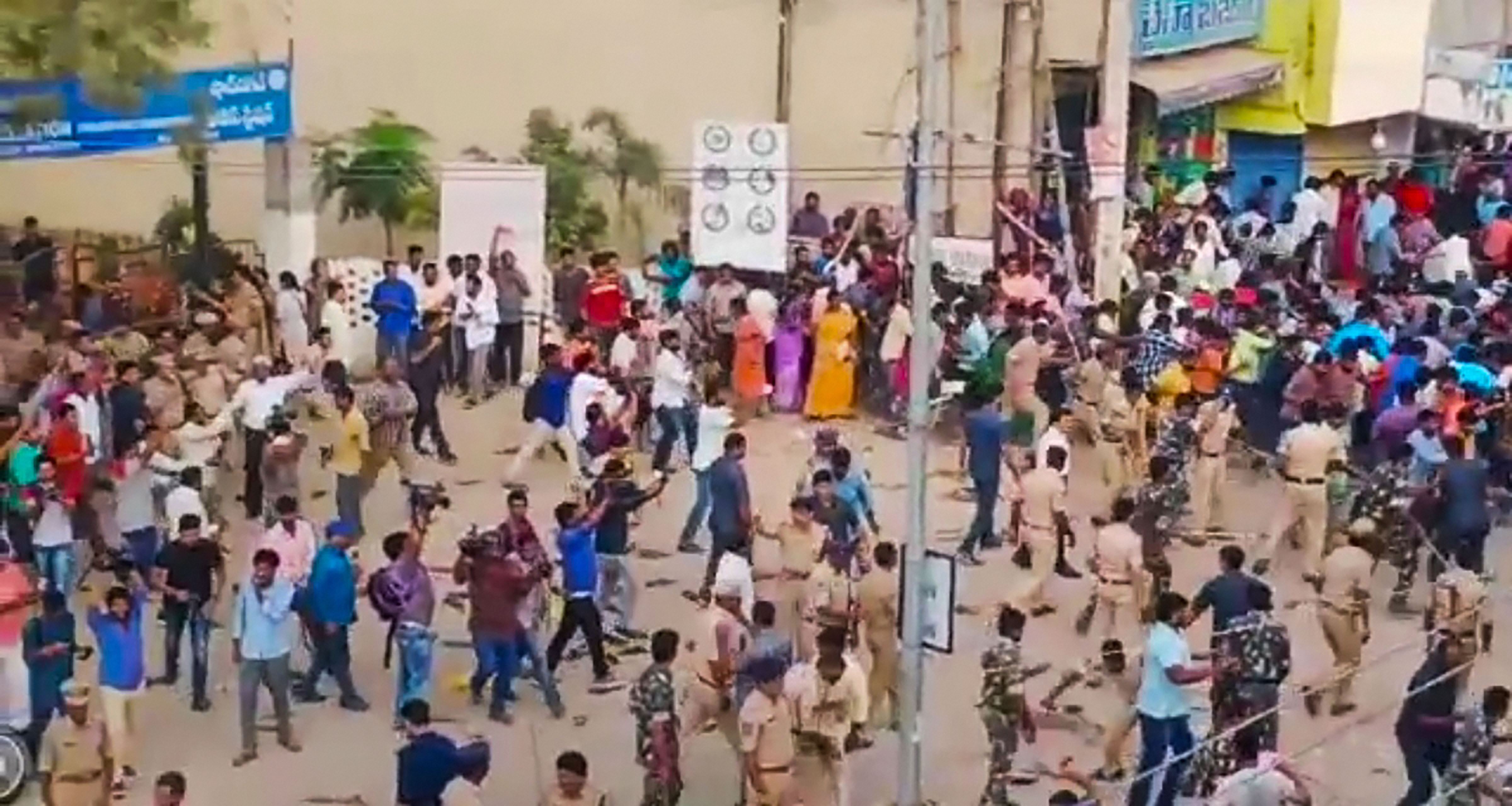 Protesters and police clash during a demonstration demanding justice for the murdered Veterinarian, whose charred remains was found under a culvert, in Hyderabad, Saturday, November 30, 2019.
PTI
PTI   |   Hyderabad   |   Published 01.12.19, 06:17 AM

Three policemen have been suspended for alleged delay in registering an FIR in the case relating to the 'missing' woman veterinarian, who was later found raped and murdered.

They were suspended after an inquiry following allegations levelled by the family that the police had cited jurisdictional reasons and not acted on time on their complaint on the missing woman, said Cyberabad police commissioner V. C. Sajjanar.

He said a detailed enquiry was conducted following which a sub-inspector and two constables were suspended on Saturday.

All police officers have once again been instructed to register cases, irrespective of jurisdiction whenever a complaint related to cognisable offence is received in the police station, the commissioner said.

The charred body of the woman, working as an assistant veterinarian at a state-run hospital, was found under a culvert in Shadnagar on Thursday morning a day after she went missing.

Four lorry workers were arrested on Friday in connection with the case and sent to 14 days judicial custody.

The National Commission for Women, which has sent a fact-finding team to the city, had said in its report that prima facie police officials delayed taking action.

NCW chief Rekha Sharma said the family had told NCW member Shyamal S. Kunder who met them on Friday that the police played a 'negative role' in the case.

The family members also told her the police even alleged she had eloped with someone.

Kundar said she had recommended action against policemen, after inquiry, who allegedly did not respond on time to the family's complaint.

She found fault with the policemen who allegedly told the victim's sister, who had gone to lodge a complaint, that the case did not fall under their jurisdiction.

Public anger over the rape and murder of the woman was evident on Saturday as a restive crowd pelted stones at a police vehicle carrying them to jail.

Protests were also held by different student groups and others at various places in the state, demanding capital punishment for the accused.