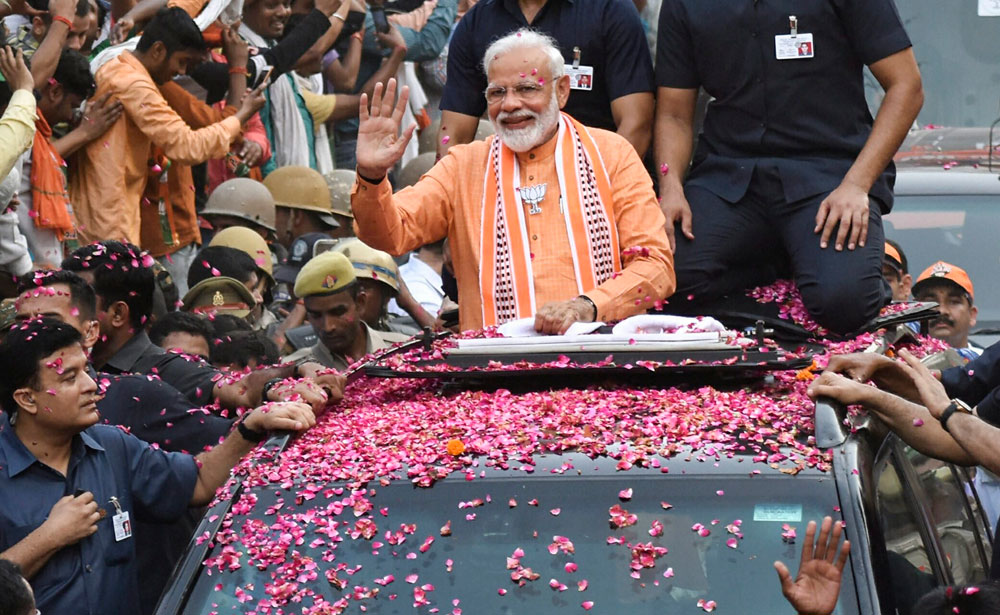 Prime Minister Narendra Modi during the roadshow in Varanasi on Thursday
Picture by PTI
Piyush Srivastava   |   Varanasi   |   Published 26.04.19, 01:59 AM

Around 1.4 lakh litres of drinking water was used on Wednesday night to wash the roads of Varanasi where over 30 per cent of the population goes without piped water. A day later, Prime Minister and aspiring candidate Narendra Modi hit the city to a rousing welcome and led a spectacular road show.

An official said: “We had instructions to wash the roads for the Prime Minister.”

As many as 40 water tankers of the Varanasi Municipal Corporation and 400 labourers were deployed for the task, a source said. Usually, roads are washed only during festivals.

Although Varanasi is an international tourist spot, a report of the municipal corporation says only 70 per cent households are covered by water pipelines. The rest depend on bore-wells.

Earlier in the day, Modi had said in Bundelkhand’s Banda, where also roads were washed: “You will form the Modi government once again and then work would be done for drinking water.... The next five years would be to take water to every household. Technology would be tapped to use river, ocean and rain water properly.”