An affidavit filed by the Centre in SC shows 346 million doses ordered up to July 2021, about 30% lower than the conveyed available 516 million shots 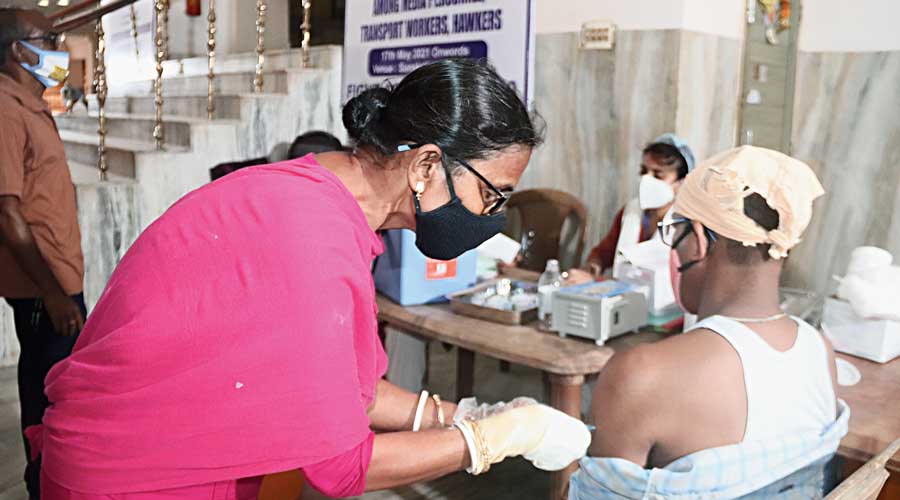 An affidavit filed by the Centre in the Supreme Court suggests it has ordered 346 million Covid-19 vaccine doses for delivery up to July 2021 and received another 10 million doses from a global facility, the total still over 30 per cent lower than the projected available 516 million doses.

One possible explanation for the gap between the 516 million doses projected as available until July and the 346 million actually ordered by the Centre and the 10 million received from Covax might be that the balance doses were ordered by the states and private hospitals between May 1 and June 20. Private hospitals could directly place orders till June 20.

An email query sent to the health ministry by this newspaper seeking a clarification on the gap between the projected available doses and the supplies received has not evoked a response.

In the new policy that kicked in from June 21, the Centre has said 25 per cent of vaccines will be set aside for the private sector but the procurement will be facilitated by the government.

If indeed the gap between 516 million projected available doses and  356 million ordered and received doses till  July is accounted for by orders placed by states and private hospitals, little seems to be amiss legally.

But perception-wise, any confirmation that a part of such a huge quantity of doses — 160 million or 16 crore — was diverted to the private sector could escalate a political storm, especially when a Rajya Sabha MP and an academic have approached the Supreme Court challenging the Narendra Modi government’s vaccine private quota policy.

If the quantity given to the private sector is minimal, the Centre would find it easier to weather any questions linked to this particular affidavit.

But since the gap figure of 160 million doses or 30 per cent in just less than two months (May 1 to June 20) is closer to the 25 per cent quota in the new policy, it is also an indication of the quantities the private sector will be handling if the quota remains intact. The doses dispensed by the private sector are far more expensive than the government-administered ones.

On June 8, a government table had indicated around 180 million or 18 crore doses would be procured by the states and the private sector till July. But it did not draw too much attention until the matter reached the court.

Anecdotal evidence so far suggests most of the doses would have been procured by the state governments and on payment till June 20, which will again bring under stress the Centre’s boast of “free vaccination”.

The June 26 affidavit, in a section describing future availability of vaccines, says the Centre has procured 346 million doses and an additional 10 million doses has been received from Covax, an international mechanism for the supply of vaccines.

Apart from these supplies, the health ministry document says, it is expected that around 160 million doses “will also be available” from May through July 2021. This would raise the total available doses from January through July to 516 million doses.

Experts said the supplies shown appear inconsistent with the Serum Institute’s production capacity of 65 million Covishield doses per month and Bharat Biotech’s 20 million doses per month described in an earlier affidavit filed by the health ministry.

Spokespersons for Serum and Bharat had said earlier this year that both companies had stockpiled doses prior to the vaccination campaign.

“The numbers in the new affidavit suggest that the actual supplies have not been in line with claimed production capacity,” said R. Ramakumar, professor of development studies at the Tata Institute of Social Sciences, Mumbai, who had earlier raised questions about vaccine supplies. Ramakumar is one of the petitioners in the Supreme Court against the vaccine private quota policy.

Senior health officials have said the Centre is hoping to procure sufficient doses to vaccinate by the end of the year nearly all of the estimated 930 to 940 million people, 18 years or older, eligible for vaccination. This would require 1,860 million to 1,880 million doses.

The vaccination campaign had until Sunday administered more than 321 million doses. Nearly 56.6 million people (about 6 per cent of an estimated eligible 940 million) have received both doses.

Delta strain a threat even after vaccination