He replaces Swatantra Dev Singh, who has been made a minister in the Yogi Adityanath government 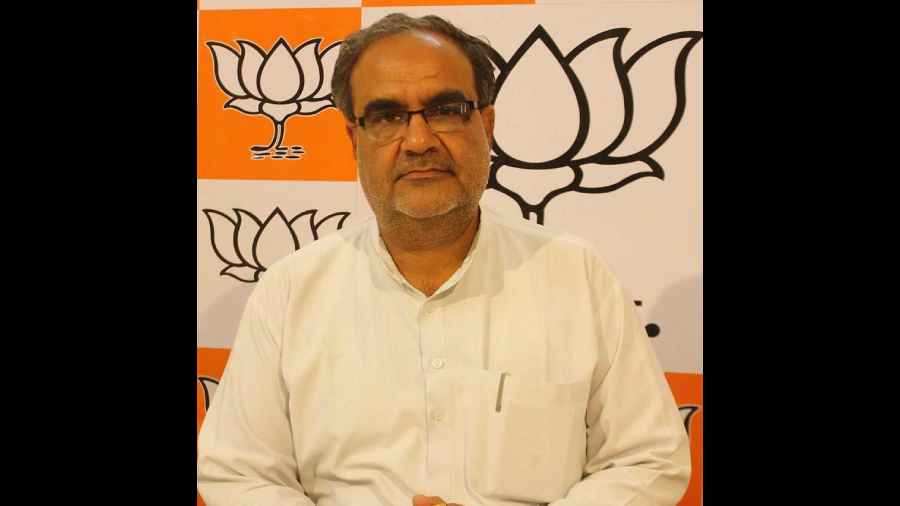 The BJP on Thursday appointed Uttar Pradesh cabinet minister Bhupendra Chaudhary as the party's chief in the state.

His appointment is seen as the BJP's attempt to reach out to the influential Jat community, which was at the forefront of the year-long farmers' protest against the Centre's now-withdrawn three contentious farm laws.

With the appointment of Chaudhary, also the state minister for Panchayati Raj, Uttar Pradesh has become the third state where the BJP will be headed by a Jat leader, after O P Dhankar in Haryana and Satish Poonia in Rajasthan.

He replaces Swatantra Dev Singh, who has been made a minister in the Yogi Adityanath government.

After his appointment, Chaudhary in Lucknow said he will take everyone along.

"I will try to achieve the target fixed for the 2024 polls under the leadership of Narendra Modi. We have fixed the target of winning all 80 seats in UP," Chaudhary told reporters speaking about the Lok Sabha polls.

Replying to a question, he said there is no problem of coordination between the government and the organisation.

His appointment is being seen as an attempt to counter the Rashtriya Lok Dal and Samajwadi Party alliance in the western UP and influence Jat voters in the BJP's favour.

Western UP has 29 Lok Sabha seats.

Chaudhary (54) is a resident of Mahendra Sikandarpur in Moradabad.

In initial days, he joined the Vishwa Hindu Parishad (VHP) and became a member of the BJP in 1991. He held various posts, including that of the party treasurer and district president of the Moradabad district unit.

In 1999, he contested the Lok Sabha polls against the then Samajwadi Party chief Mulayam Singh Yadav but lost. He held the post of a BJP regional secretary and then became a regional president, the post he held till 2017.

He first reached the upper house of the state Assembly in 2016. He held the panchayati raj portfolio in the previous Yogi Adityanath government too.

As a minister, his achievements included making a record number of toilets under the Swachh Bharat Mission and getting all 75 UP districts declared open defecation free.