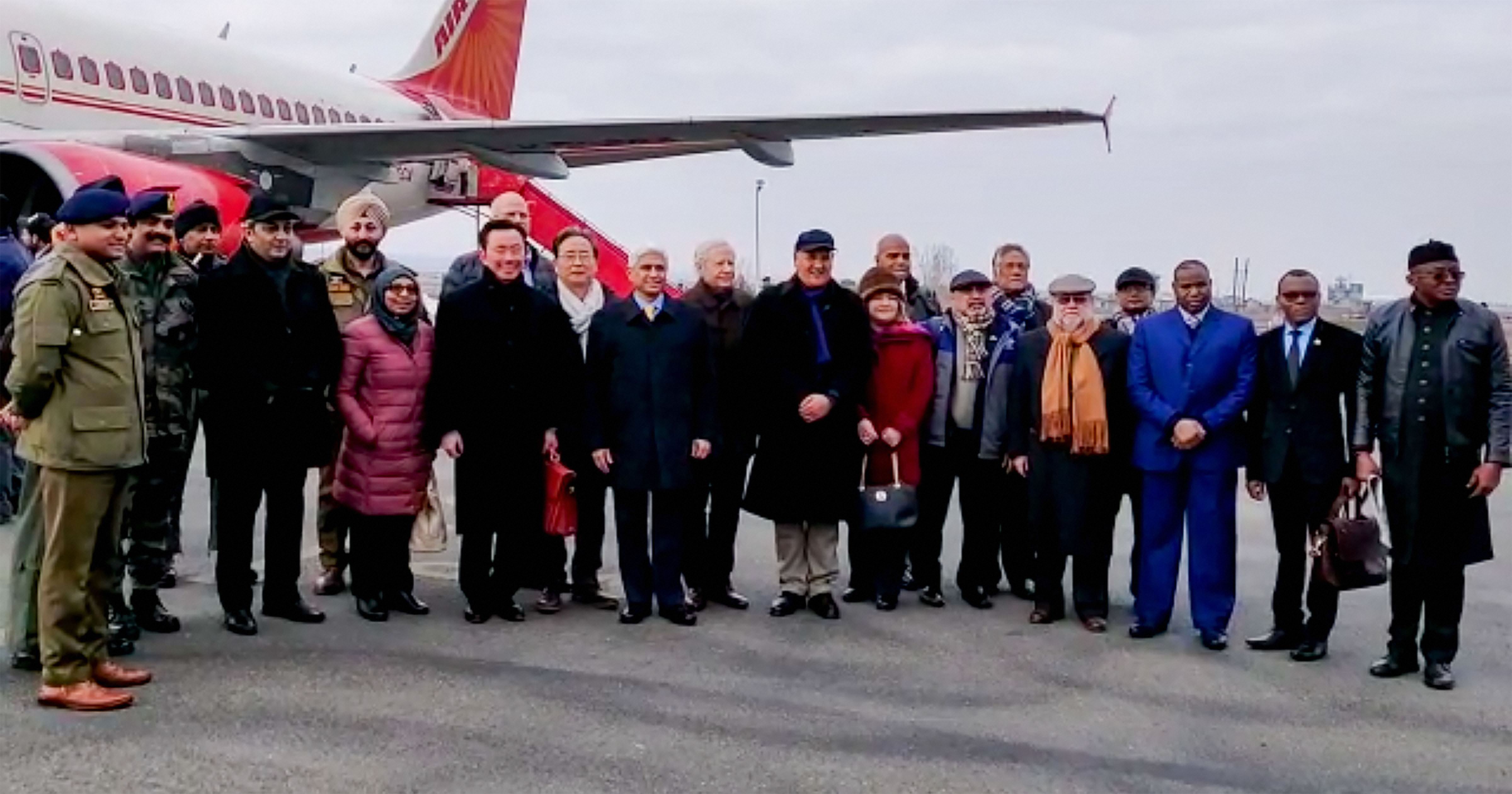 The US State Department has described the recent visit of envoys of 15 countries to Jammu and Kashmir as an 'important step' but expressed concern over the continued detention of political leaders and restrictions on Internet in the region.

The restrictions were imposed on August 5 last year when India abrogated provisions of Article 370 that gave special powers to Jammu and Kashmir, and bifurcated the state into two Union Territories.

In the first such trip by foreign diplomats post August 5, envoys of 15 countries, including US Ambassador to India Kenneth Juster, last week visited Jammu and Kashmir where they interacted with select political representatives, civil society members as well as top military brass with the Indian government rejecting criticism that it was a 'guided tour'.

Principal deputy assistant secretary of state for south and central Asian affairs Alice Wells who will be travelling to south Asia this week on Saturday expressed hope that the region will return to normalcy.

'Closely following @USAmbIndia & other foreign diplomats' recent trip to Jammu & Kashmir. Important step. We remain concerned by detention of political leaders and residents, and Internet restrictions. We look forward to a return to normalcy,' she said in a tweet.

Closely following @USAmbIndia & other foreign diplomats’ recent trip to Jammu & Kashmir. Important step. We remain concerned by detention of political leaders and residents, and Internet restrictions. We look forward to a return to normalcy. AGW

Wells will travel to New Delhi from January 15-18 to attend the Raisina Dialogue.

She will also meet with senior government officials to advance the US-India strategic global partnership following the success of the 2019 US-India 2+2 Ministerial Dialogue, and will discuss topics of mutual interest with members of the business community and civil society.

From New Delhi, Wells will fly to Islamabad where she will meet with Pakistan's top officials and members of civil society to discuss issues of bilateral and regional concern.

Pakistan has been unsuccessfully trying to drum up international support against India for withdrawing Jammu and Kashmir's special status.

India has categorically told the international community that the scrapping of Article 370 was its internal matter. It also advised Pakistan to accept the reality and stop all anti-India propaganda.

The external affairs mnistry (MEA), which facilitated the visit of the envoys, said in New Delhi that the objective was to show first hand efforts made by the Centre to normalise the situation'.