The law to grant citizenship based on religion violates India's international legal obligations and its constitution, senator Bob Menendez said 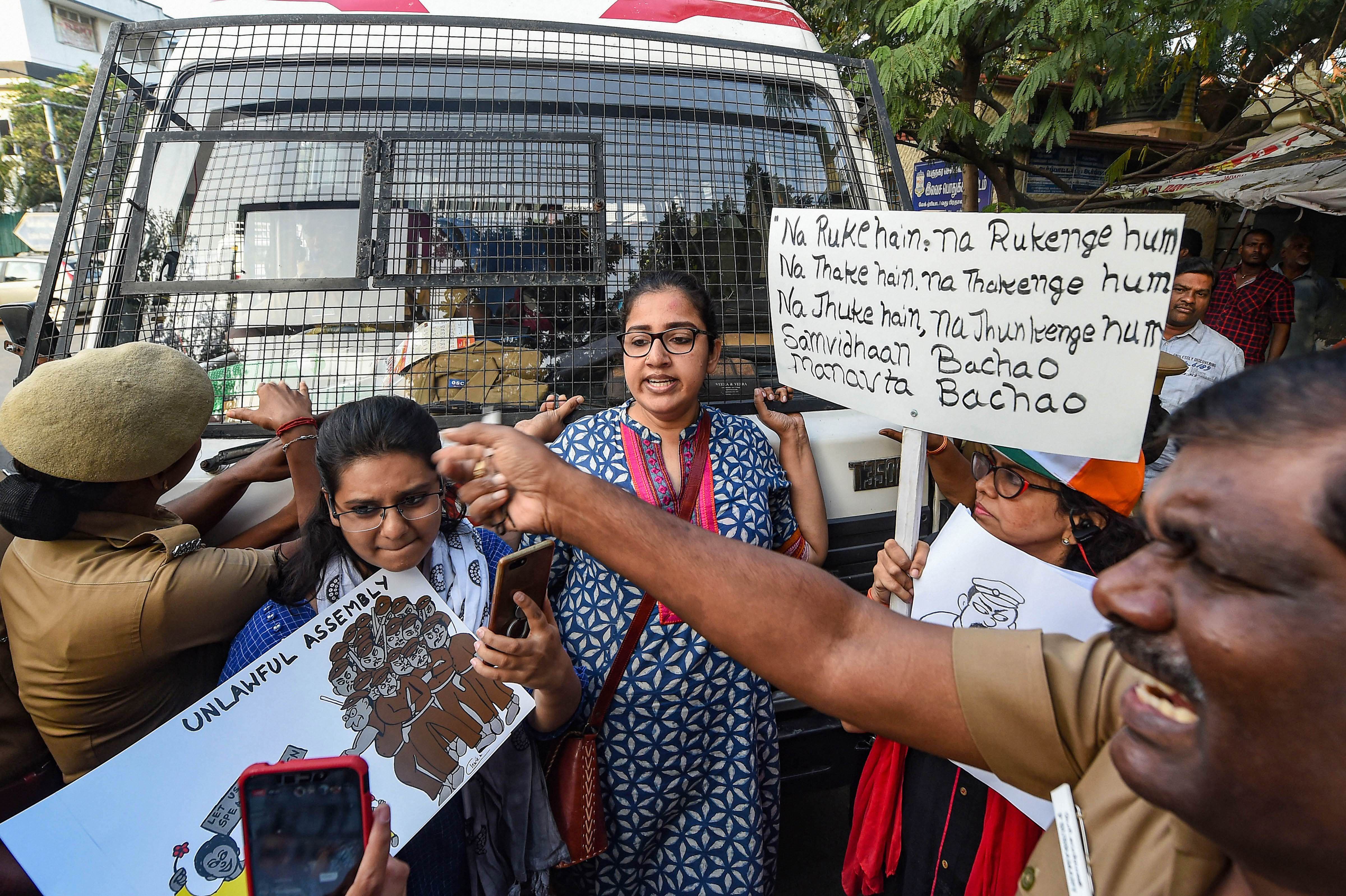 A top US senator has urged secretary of state Mike Pompeo to press the Indian government for a 'swift reversal' of the Citizenship (Amendment) Act (CAA) and the proposed National Register of Citizens (NRC) to ensure protection of human rights of all persons in the country regardless of their religion.

In a letter to Pompeo on Tuesday, senator Bob Menendez, a ranking member of the Senate Foreign Relations Committee, expressed concern over the CAA and the potential for the establishment of a nationwide NRC in India.

Asserting that the US must remain steadfast in defending democratic values, freedoms and human rights, he said, 'I urge the administration to engage the Indian government at the highest levels on these concerns, press for a swift reversal of these policies and practices, and ensure protection of the human rights of all persons in India regardless of their religion.'

According to the CAA, members of Hindu, Sikh, Buddhist, Jain, Parsi and Christian communities who have come from Pakistan, Bangladesh and Afghanistan till December 31, 2014, following religious persecution there will get Indian citizenship.

'The law to grant citizenship based on religion violates India's international legal obligations and its constitution, which guarantees the rights to equality and non-discrimination,' Menendez said.

'The citizen registry has already disproportionately affected Muslims in India. These efforts threaten India's long history of secularism and democratic values,' claimed the Democrat leader who represents New Jersey, which has among the highest concentration of Indian-Americans in the US.

'Despite the government's claims that the Citizenship Bill seeks to protect religious minorities, its failure to include Muslim groups facing persecution in neighbouring countries, such as Pakistan's Ahmadiyya and Burma's Rohingya, signal an anti-Muslim intent,' wrote the Senator.

Menendez also expressed concerns over reports of injuries and deaths of peaceful demonstrators protesting the CAA and the proposed nationwide NRC.

Referring to the NRC, the senator said in October last year, he had travelled to India during which he met with civil society activists who expressed deep concern about the 'trajectory of these policies and its negative impact on the future of democracy in India'.

'The government's efforts in Assam has left effectively 1.9 million persons, primarily Bengali-speaking Muslims, stateless. The government appears to now be extending this effort across the country,' he said.

The NRC exercise was conducted in Assam on the directions of the Supreme Court.

Though several Union ministers, including home minister Amit Shah, have often pitched for a nationwide NRC exercise, Prime Minister Narendra Modi last month had said that his government has never discussed the NRC since coming to power for the first time in 2014 and it was done only in Assam due to a Supreme Court order.

On the CAA, Modi said the law is about giving rights to persecuted minorities from neighbouring countries and does not snatch anybody's rights.

In his letter to Pompeo, senator Menendez also expressed concerns on the situation in Kashmir.

'The situation in Kashmir has also not normalised since the abrogation of Article 370 of the Constitution in August. The five-month Internet shutdown in Kashmir is the longest ever in a democracy, and has left people's lives, jobs, and the economy in a more dire situation,' he said.

Following the abrogation of Article 370, which ended the special status of Jammu and Kashmir and bifurcated it into two union territories, various restrictions -- including ban on mobile phones and Internet -- were imposed in Jammu and Kashmir to maintain law and order.

The Indian government has defended the restrictions, which are being gradually lifted in a phased manner, on the grounds that they were imposed to prevent Pakistan from creating more mischief through proxies and terrorists following the abrogation of Article 370.