Urmila Matondkar does not repent her brief stint with Congress 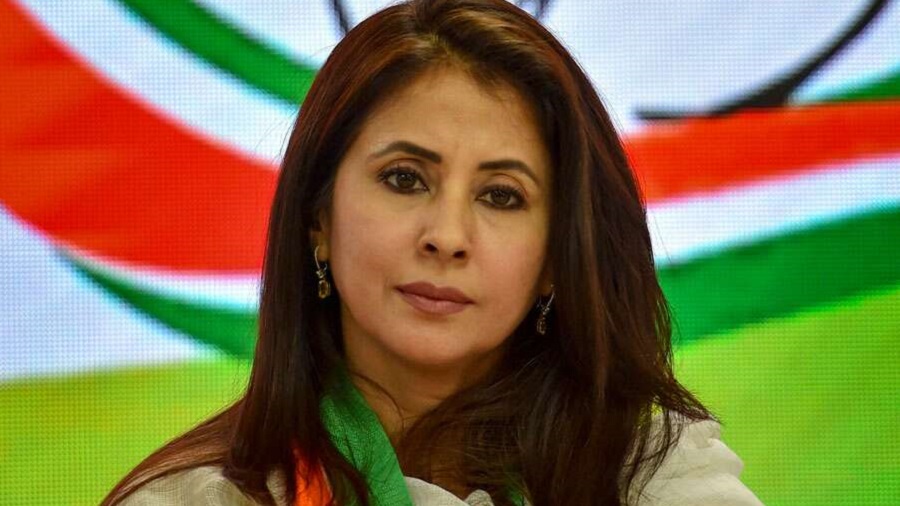 Actor-turned-politician Urmila Matondkar, who recently joined the ruling Shiv Sena, has said she does not regret her brief association with the Congress and has high regard for that party's leadership.

Talking to PTI, Matondkar said one-year of the Maha Vikas Aghadi (MVA) government headed by Chief Minister Uddhav Thackeray has been "brilliant", and taking care of people's welfare amid COVID-19 and natural disasters was a big task.

Matondkar (46) also said she is a "people's actor" and will work hard to become a "people's politician".

"I don't want to become a leader who just sits in AC rooms and tweets...I know what I have to do and how to do and I will keep learning," she said.

Matondkar, who unsuccessfully contested the 2019 Lok Sabha elections on Congress's ticket, joined the Shiv Sena on December 1 this year.

Last year, she had joined the Congress in March and quit the party in September.

On her brief stint in the Congress, she said, "I was in the party for less than six months and the Lok Sabha campaign for 28days gave me many good memories."

Matondkar said she is not the person who would keep regrets in her heart.

"If I did not spoke against the Congress even after quitting the party, I see no reason why I should do it now," she said.

"My conscience was important for me," she said, referring to her decision to resign from the Congress.

Last year, in a letter dated May 16, addressed to the Congress leadership, Matondkar had criticised the conduct of Sandesh Kondvilkar and Bhushan Patil, close associates of party leader Sanjay Nirupam.

Matondkar, who had lost to BJP's Gopal Shetty from Mumbai-North Lok Sabha seat, said she didn't quit the party because of the defeat in the polls.

She said she had also got an offer from the Congress for nomination to the state Legislative Council through the governor's quota.

"I thought since I had quit the party, it would be improper to take a post it had offered," she said.

On her joining the Shiv Sena earlier this month, Matondkar said "I got a call from Chief Minister Uddhav Thackeray's office, saying I could help in enhancing the standard of cultural affairs of the state by representing the field in the Legislative Council."

"I feel one year of the MVA government headed by Chief Minister Uddhav Thackeray was brilliant. The welfare of people amid Covid-19 and natural disasters was a big task," she said.

Asked about her shift of ideology, Matondkar said the word 'secular' has been "lost in translation".

"My intention is to become a people's leader like I have been a people-made film star," the actor said, adding that she wants to work for people irrespective of their caste, creed and religion.

The MVA government has recommended her name to Governor Bhagat Singh Koshyari for a seat in the Maharashtra Legislative Council.

Koshyari is yet to take a call on the 12 names that the government has forwarded for nomination to the Upper House from the governor's quota.

Matondkar said if her nomination to the Legislative Council under the governor's quota is not accepted, she would continue to work for people in whatever way she can through theShiv Sena's platform.

"Irrespective of whether or not I become an MLC, I have started working as a Shiv Sainik...I did not join the Shiv Sena for any post. I had not joined the Congress to contest elections. I would have been happy campaigning for the party (Congress)," she said.

Matondkar, who is a graduate in psychology, said she is regularly interacting with people, reading a lot and making notes.

To a query about her film career, Matondkar said she had agreed for a web series and a film before the lockdown.

"I am not sure if that will happen now," she added.