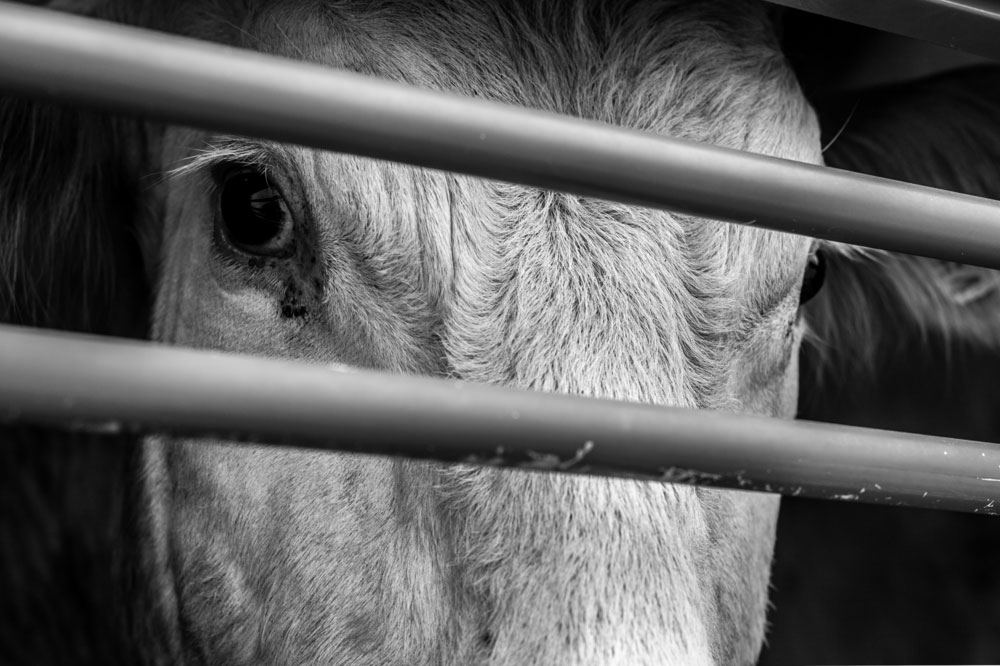 Guru Gobind Singh Indraprastha University in one of its exam papers included the question, “Ahmed, a Muslim, kills a cow in a market in the presence of Rohit, Tushar, Manav and Rahul, who are Hindus. Has Ahmed committed any offence?”
(Shutterstock)
Pheroze L. Vincent   |   New Delhi   |   Published 10.12.18, 09:45 PM

A state government university here has retrospectively “deleted” a question in a law exam that asked the students to decide the case of a Muslim slaughtering a cow in the presence of Hindus.

“We regret this question. It is, of course, communal in nature,” Guru Gobind Singh Indraprastha University registrar Satnam Singh told The Telegraph.

“The question stands deleted and no marks will be given for it, irrespective of whether a student has attempted it. The controller of examinations will issue an advisory to the examiners so that such things don’t happen in future.”

The question was the first in a “law of crimes” paper for third semester LLB students on December 7. “Ahmed, a Muslim, kills a cow in a market in the presence of Rohit, Tushar, Manav and Rahul, who are Hindus. Has Ahmed committed any offence?” it went.

Deputy chief minister Manish Sisodia, who handles the education portfolio, told this newspaper: “It’s really bizarre — an attempt to disturb harmony in society. If true, strict action will be taken. The government will order an inquiry.”

The hypothetical Ahmed could be booked under Sections 295A (outraging religious feelings) and 429 (killing expensive animals) of the Indian Penal Code — in addition to the Delhi Agricultural Cattle Preservation Act, 1994, if the offence is committed in Delhi — irrespective of the religions he and his witnesses follow.

If the probe finds malicious intent, the paper setter may be booked under Section 153A (promoting enmity between religious groups) of the penal code and jailed for up to three years if convicted.

Supreme Court lawyer Bilal Anwar tweeted the question on Monday and emailed the university and an affiliated college, one of whose students had shown him a copy of the paper, demanding action.

“Here is a new normal, de-humanising an entire community…. Is this what you are making the young legal minds to feel normal about? Categorically referring (to) communities in your question papers?” Anwar tweeted.

He tagged the Chanderprabhu Jain College of Higher Studies and School of Law in Narela, northwest Delhi.

Neeta Beri, dean, School of Law, told this newspaper: “I feel this is a hypothetical situation, and any situation can be presented before a court. We as students of law do not see it as controversial.”

Asked why religions were mentioned, she replied: “Do these things not happen in society? Where Hindus and Muslims live together these things do arise in our society…. This is only a situation our students have to be educated about.”

It was the university that had prepared the question paper for all its affiliated colleges. The exam papers are set by a committee of academics, selected confidentially by the controller from within or outside the university, which mainly offers professional courses.

N.R. Madhava Menon, the father of modern legal education in India, who founded three law institutes including the West Bengal National University of Juridical Sciences in Calcutta, said the question could “lead to mischief”.

“The matter could be examined in context. To mention the religion of a person is not an offence unless it’s a live case. But (whether) to ask such a question as an example is a matter of prudence…. In the hands of some people it could lead to mischief.”

He said he could not recall such a question having been asked in exams before.

Menon added that the question lacked enough “facts and evidence” of the case anyway for the students to know “what is being tested”.

The exam was held four days after a mob in Bulandshahr, Uttar Pradesh, went on the rampage on discovering bovine carcasses in a field and killed a police inspector who had probed the 2015 lynching of a Muslim over unsubstantiated beef rumours.