Advertisement
Home / India / Left alone, we can get along

In Jainur village, Hindus held a meeting and decided to throw open the gates of the Shiv temple to let Muslims offer prayers 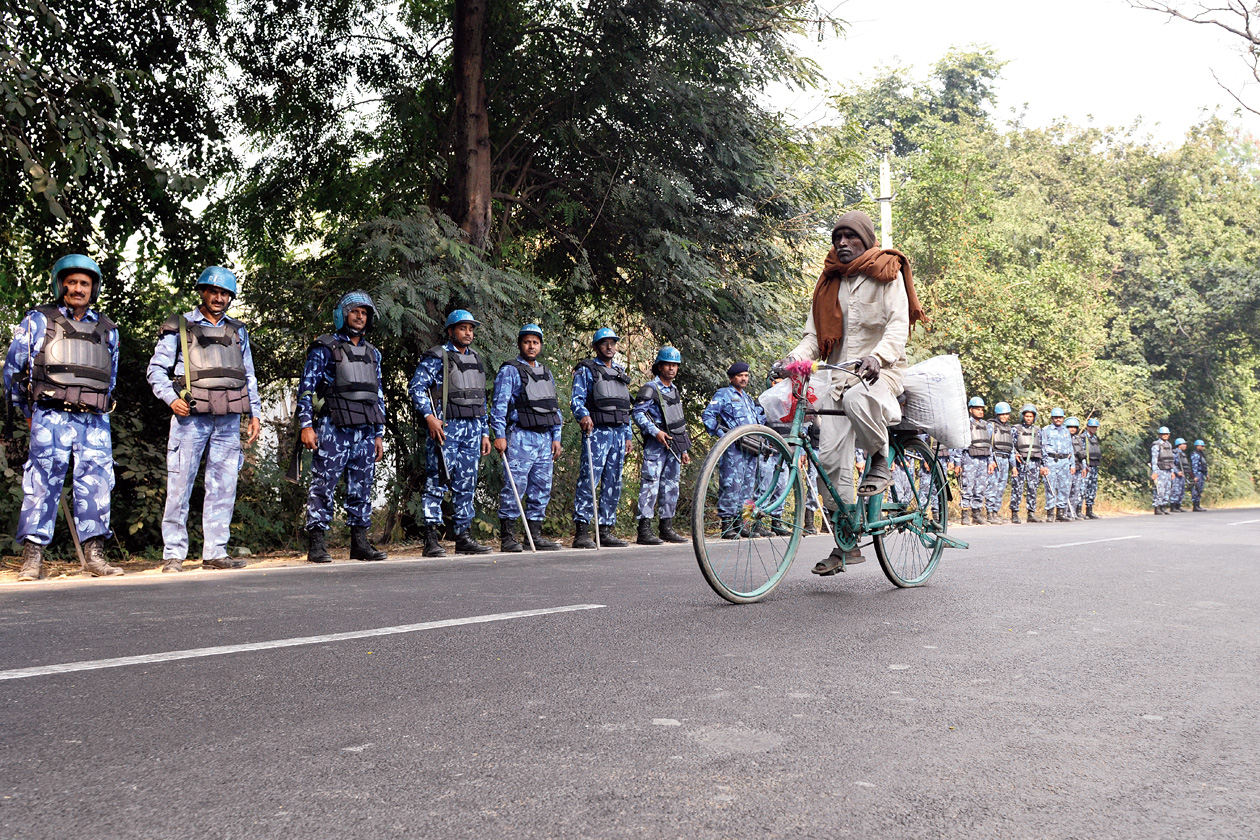 Had the cow carcasses been allowed to have been buried as the villagers of Mahav had wanted, matters are unlikely to have spun out of control and ended in blood spill.

Proof was on display, not too long ago and not too far away.

Over the weekend in another village in Bulandshahr, Hindus had opened the doors of a temple to Muslims caught up in a snarl en route to a renowned religious congregation.

As hundreds of Muslims had begun to arrive from across the country to Bulandshahr town for the three-day religious congregation that started on Saturday, many local people could not reach the mosque in Jainur village nearby in time to offer namaz because of traffic snarls.

Mahav — where the carcasses were found, igniting the flare-up — and Jainur are around 35km apart.

In Jainur, Hindus held a meeting and decided to throw open the gates of the Shiv temple to let Muslims offer prayers in the compound.

“We saw our Muslim brothers get stuck in a traffic jam. We held a small meeting and everyone agreed to open the temple doors to them. It was such a great sight — them praying for the first time inside the temple in these times of hatred and bigotry,” said Rakesh Singh, a trader in Bulandshahr.

The water taps of the temple were opened and a mat was spread out. “They performed wazu (ablution) with water from the temple taps,” he said.

Amar Singh, the priest of the Shiv temple, said the central message of all religions was to spread love and brotherhood. “We decided to help our Muslim brothers.”

The priest condemned Monday’s violence and the killing of police inspector Subodh Kumar Singh. “There are some sections whose political fortunes are linked to spreading hatred. In these trying times, people should remain aware of the dangers of communal hatred being perpetrated by political parties. We can defeat their evil designs by remaining united,” Amar Singh said.

On Sunday, too, the temple authorities had invited in those heading to the congregation.

Not all shared the opinion. “There were attempts to inflame communal passions as some groups posted hateful tweets and messages on social media and condemned the steps taken by the temple authorities,” Jainur resident Kishore Singh said.