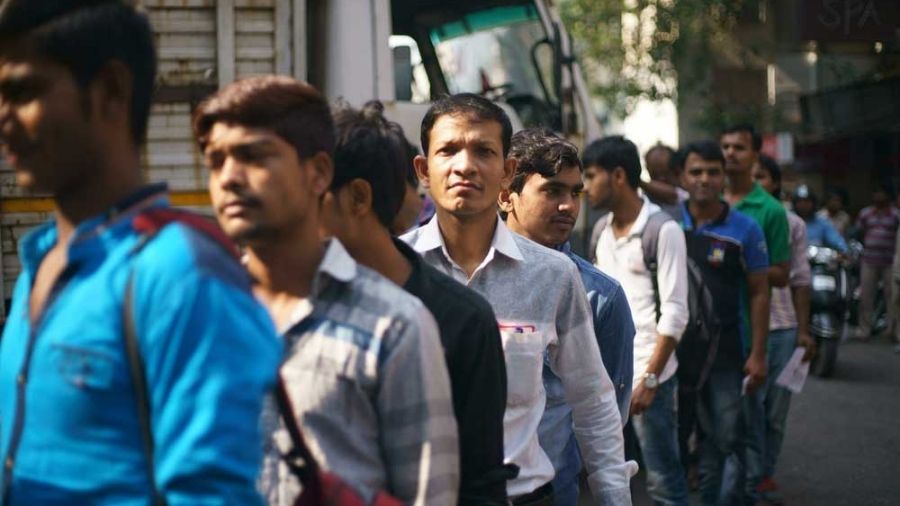 Economists accuse the government of doing little to alleviate unemployment before and amid pandemic
File Picture
Imran Ahmed Siddiqui   |   New Delhi   |   Published 10.02.22, 03:01 AM

Over 25,000 Indians died by suicide because of unemployment or indebtedness between 2018 and 2020, the Narendra Modi government told Parliament on Wednesday.

Bankruptcy or indebtedness drove 4,970 people to suicide in 2018, another 5,908 in 2019 and 5,213 in 2020. The Centre, however, portrayed the crisis as being to a large extent a mental health issue, highlighting its efforts towards “workplace stress management, life skills training and counselling in schools and colleges”.

The government flagged its employment programmes, among them the rural job scheme for which this year’s budget allocated about three-fourths of last year’s revised estimate, and several pet schemes like Make In India that have been in existence for years.

Economists and Opposition politicians have accused the government of doing little to alleviate unemployment before and amid the pandemic, and castigated this year’s budget for offering nothing to the jobless and the beleaguered farmer.

Rai, in his written reply to a question on the number of suicides arising from the “unemployment and financial crisis”, told the Rajya Sabha the suicide data were provided by the National Crime Records Bureau.

The pandemic has pushed many people out of their jobs. A recent report by the non-government Centre for Monitoring Indian Economy suggests the unemployment rate is close to 8 per cent.

In the past two Covid-wracked years, 84 per cent families have witnessed a fall in income, and 4.6 crore additional people have slipped under the poverty line. In the Global Hunger Index, India’s position is 101 among 116 countries.

Congress leader Rahul Gandhi had last week slammed the government over the job crisis and spoken about two Indias — one extremely rich and powerful and another unemployed and poor.

Economist Prabhat Patnaik has told The Telegraph that the job crisis owed to several factors: “The neo-liberal regime including the post-2008 stagnation; Modi’s demonetisation and the GST, both of which decimated the petty production sector; and the pandemic.”

“The starting point for intervention against unemployment today must be a stimulation of the overall economy. The budget does not do so,” he had said.

2. The National Career Service Project for job-matching to help job seekers and employers. The scheme seeks to put the right person in the right job — a goal premised on the availability of jobs.

This year's budget allocated Rs 73,000 crore for the rural job scheme — the same as last year’s allocation but just three-fourths of last fiscal’s revised estimate of Rs 98,000 crore. Activists have underlined that taking inflation into account, the allocation is less than last year’s in real terms, and that subtracting the payment arrears brings the allocation down to Rs 61,000 crore.