Union Minister of State for Defence Ajay Bhatt welcomes them 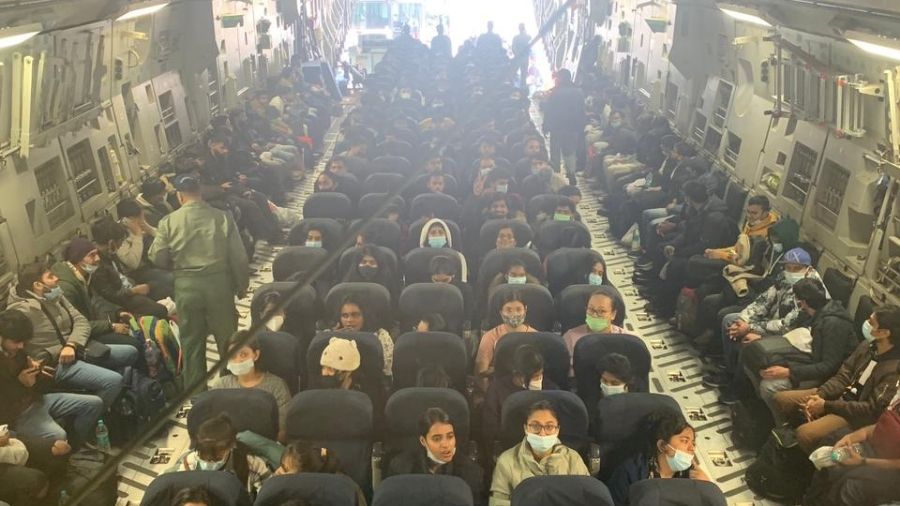 The Indian Air Force's first flight carrying 200 people from Bucharest landed at 1.30 am and Union Minister of State for Defence Ajay Bhatt welcomed them at the airbase, they noted.

India has been evacuating its citizens through special flights from Ukraine's western neighbours such as Romania, Hungary and Poland as the Ukrainian airspace has been shut since February 24 due to the Russian military offensive.

The second evacuation flight of the IAF with 210 Indians from Budapest landed at the Hindon airbase on Thursday morning, sources mentioned.

A little while after the second, the IAF's third evacuation flight arrived at the airbase from Rzeszow with 208 Indians, they said, adding the fourth flight brought 180 Indians from Bucharest.

Four Union ministers have gone to Ukraine's western neighbours to facilitate the evacuation of Indian nationals.

Hardeep Singh Puri is in Hungary, Jyotiraditya Scindia is in Romania, Kiren Rijiju is in Slovakia and V K Singh is in Poland.