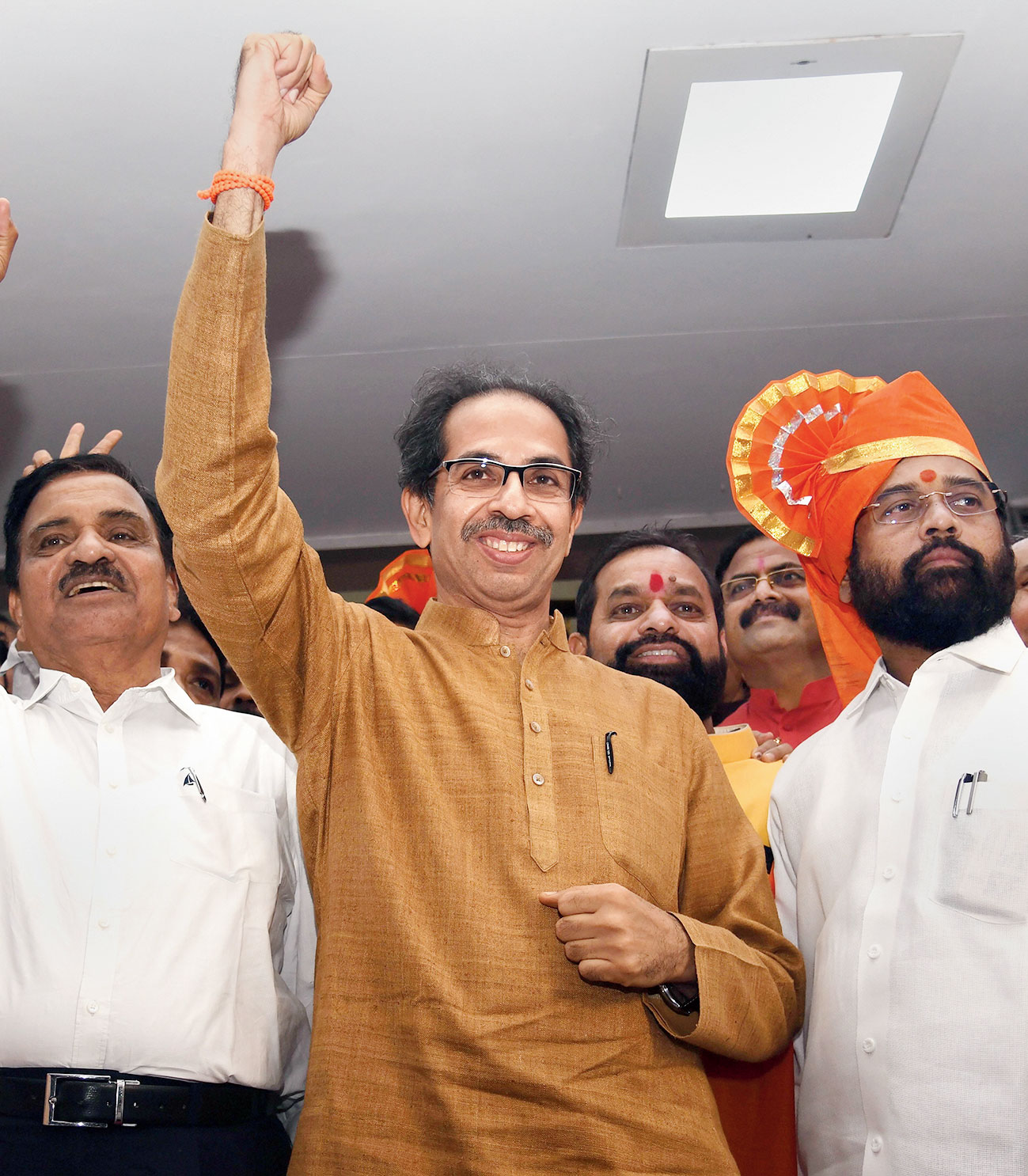 The Uddhav Thackeray government comfortably won Saturday’s floor test with the support of 169 legislators, 24 above the majority mark of 145, shortly after the BJP walked out of the Assembly raising procedural issues.

Having crossed the first hurdle, the Shiv Sena-NCP-Congress coalition will now have to elect the Speaker at a rare sitting of the House on Sunday.

Congress member Nana Patole, a former Lok Sabha member who quit the BJP because of differences with Prime Minister Narendra Modi, is the ruling coalition’s candidate for Speaker.

The BJP, which will get another opportunity to test the government’s majority during the Speaker’s election, has fielded Kisan S. Kathore.

The ruling coalition, which has 154 members of its own in the House of 288, received support from several Independents and smaller parties, dashing the 105-strong BJP’s hopes of restricting the margin to a minimum. Chief minister Uddhav Thackeray will now have little worry about the stability of his government.

While governor Bhagat Singh Koshyari had initially nominated BJP member Kalidas Kolambkar, he was later replaced by the NCP’s Dilip Walse Patil. This was because the BJP government had resigned after the Supreme Court ordered a floor test, giving its successor the right to nominate its own pro-tem Speaker.

Fadnavis also objected to many of the members taking the oath in the name of social and political icons and party chiefs instead of the stipulated “Constitution or God”, and argued that the process was invalid.

He also questioned the holding of the floor test before the election of the Speaker, describing this as a violation of the constitutional scheme. He said the BJP would write to the governor to annul the entire process.

Uddhav, however, swiftly turned the procedural objection into an emotive issue, asking since when had invoking Shivaji’s name become a crime in Maharashtra.

Before taking his oath on Thursday, Uddhav had said in Marathi: “Chhatrapati Shivaji Maharaj vandan karun.”

After winning the trust vote on Saturday, he said: “If that is a crime, I will commit this crime again and again.”

Some others who had taken the oath of office along with Uddhav at Shivaji Park on Thursday too had invoked icons such as B.R. Ambedkar and Jyotiba Phule, in addition to their political bosses Sharad Pawar and Sonia Gandhi. The BJP believes this was a violation grave enough to render the oath-taking invalid.

However, the BJP seems to have woken up a little late since the trend had already been witnessed in the Lok Sabha during the swearing-in of the newly elected members in June this year.

It was the BJP members who had started the “violations”, which almost triggered a war of slogans despite repeated pleas from the Chair.

While chants of “Modi, Modi” had erupted every now and then, slogans such as “Jai Sri Ram” and “Bharat Mata ki jai” had continued throughout the swearing-in.

Trinamul members had countered the BJP’s sloganeering with “Jai Bangla, jai Mamata, jai Kali”, while some Muslim members had responded to the relentless “Jai Shri Ram” chants by invoking “Allah”, “Bhim” and “Bismillah”.

Pragya Singh Thakur, BJP member and terror accused, had created a flutter by adding her guru’s name to hers while taking the oath, prompting the pro-tem Speaker to interrupt her.

“Pragya Singh Swami Purna Chetanand Avdheshanand Giri” is how she had introduced herself.

Another BJP member, Shantanu Thakur, wanted to take the oath in the name of Purnabrahma Harichand, who he said was his God.

If all this didn’t prompt the President or the Lok Sabha Speaker to declare the oaths invalid, it would now be difficult to explain how invoking Shivaji, Phule or Ambedkar merited the governor nullifying the Maharashtra swearing-ins.

Uddhav, however, will need to do some fine balancing while allotting the ministerial portfolios.

While the issue of Ajit Pawar becoming deputy chief minister remains a concern, the NCP has demanded both the key departments of home and finance.

The Congress has set its sights on power, revenue, education and rural development, leaving the public works department and urban development for the Sena.