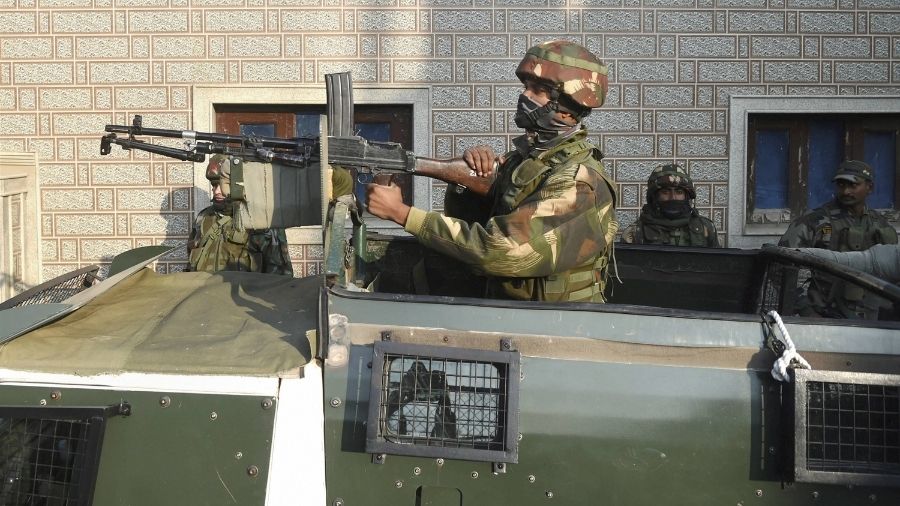 Two soldiers of the Indian Army were killed in an attack on a quick reaction team (QRT) at Parimpora in the outskirts of Srinagar on Thursday, officials said. The attack was carried out by three militants who were travelling by a car and security forces are analysing the CCTV footage of the attack to identify the culprits,  Inspector General of Police Kashmir Vijay Kumar said.

The terrorists opened fire on the QRT at  Khushipora in the Parimpora area, which led to the injury of two army personnel. The injured persons were immediately rushed to a nearby military facility in the Sharifabad camp but they succumbed to the injuries.

"Three militants travelling in a car fired indiscriminately at the army men, leaving two of them seriously wounded. Both the injured soldiers have succumbed,” Kumar informed reporters near the site of the attack.

He added that security forces were now on a hunt to find the vehicle that was used in the incident.

“It seems the attack was carried out either by Lashkar-e-Toiba (LeT) or Jaish-e-Muhammad (JeM) outfit,” he told reporters.

“There is movement of LeT and Jaish here and we will identify the group behind the attack by evening. Among the three, two could be FTs (foreign terrorists) from Pakistan and one local. We are analysing the CCTV footage,” Kumar added.

Notably, 12 years ago on November 26,  10 Lashkar-e-Taiba terrorists from Pakistan arrived through the sea and opened fire, killing 166 people, including 18 security personnel, and injuring many during the 60-hour siege in Mumbai.