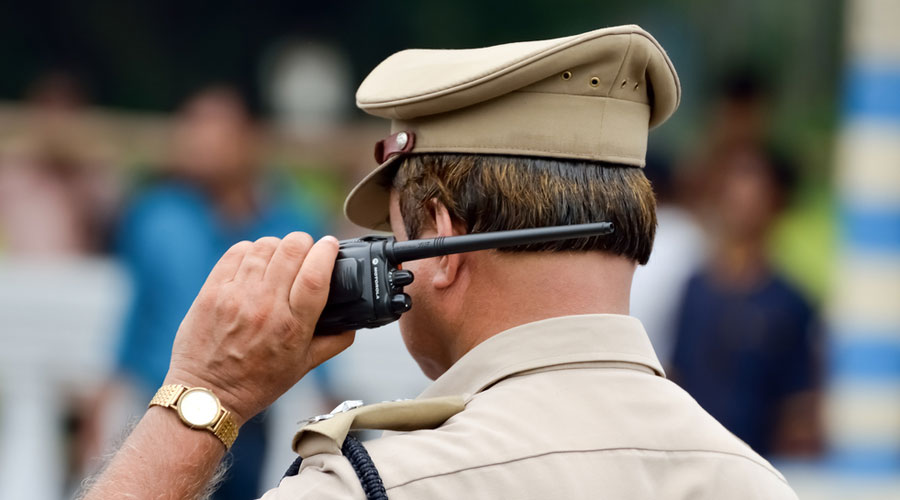 A police officer accused of shielding BJP politicians in the Delhi riot probe and another leading the National Investigation Agency’s Bhima-Koregaon inquiry that has cracked down on rights activists are among 121 cops who received the Union home minister’s medal for excellence in investigation on Wednesday.

Delhi deputy commissioner of police Rajesh Deo heads the special investigation team that has been accused of selectively targeting Muslim accused while probing the late-February communal violence that killed 53 people.

Vikram Mukundra Khalate, NIA superintendent of police, leads the investigation into the Bhima-Koregaon case, which links a December 31, 2017, Ambedkarite event in Pune to an alleged Maoist plot to target the Prime Minister’s rallies.

A fortnight ago, the NIA had arrested Delhi University associate professor Hany Babu M.T. in the case, where the accused include academics, lawyers, activists and litterateurs.

Deo had also supervised the investigations into last winter’s violence at the Jamia Millia Islamia and Jawaharlal Nehru University. The probes have so far not nailed any of the policemen accused of thrashing Jamia students or the alleged ABVP-led goons who ran wild at JNU.

In February this year, the Election Commission had passed strictures against Deo and barred him from Assembly poll duties for suggesting a link between the Aam Aadmi Party and a gunman who had fired in the air near Shaheen Bagh.

One of the panel’s key charges is that BJP politician Kapil Mishra, a former Delhi minister who had lost the February 8 Assembly polls, triggered the riots through a speech in Maujpur on February 23.

The panel also found that the “violence followed an organised and systematic pattern” and was “selectively targeted towards the Muslim population”. It alleged the “police were complicit and abetted the attacks”.

But the police probe says “no actionable evidence has surfaced yet indicating any role being played by” any prominent political leader in “instigating and/or participating in the riots”.

Asked why the police had not acted so far against the BJP politicians accused in the report of fanning communal sentiments before the February violence, he said: “I’m not aware of any such report.”

Earlier this year, after Delhi youth Kapil Baisala had fired in the air near the anti-citizenship-act protest site in Shaheen Bagh, Deo had called a news conference to allege a link between him and the AAP.

The Election Commission had then sent a notice to the police commissioner saying Deo’s statements “referring to a political party”, at a time investigations were “still going on”, could “adversely” affect the elections.

Deo had said that images seized from Baisala’s phone had established that a year ago he and his father Gajendra Singh had joined the AAP. The claim was immediately lapped up by the BJP.

Deo had also released to the media photos showing a man resembling Baisala with AAP leaders. Baisala’s father had denied that he or his son was involved with any political party.

After the December 15 violence on the Jamia campus, leaked footage had shown uniformed police personnel mercilessly beating up youngsters in a reading room.

In the chargesheet on the nearby street vandalism that had preceded the campus raid, however, the police claimed their objective in entering the campus had been to “safeguard the students” against outsiders who had barged in.

The chargesheet also claimed that the students had suffered their injuries in a stampede and stone-throwing.

No progress has been made in the probe into the mob attack at JNU, allegedly by ABVP-led goons.

“The medal was constituted in 2018 with the objective to promote high professional standards of investigation of crime and to recognise such excellence in investigation by investigating officers,” the Union home ministry said in a statement.

Among the recipients are 21 women. The awardees include 15 personnel from the CBI, 10 each from Madhya Pradesh and Maharashtra, 8 from Uttar Pradesh, and 7 each from Kerala and Bengal.