Cow milk during childhood can increase risk of type-1 diabetes 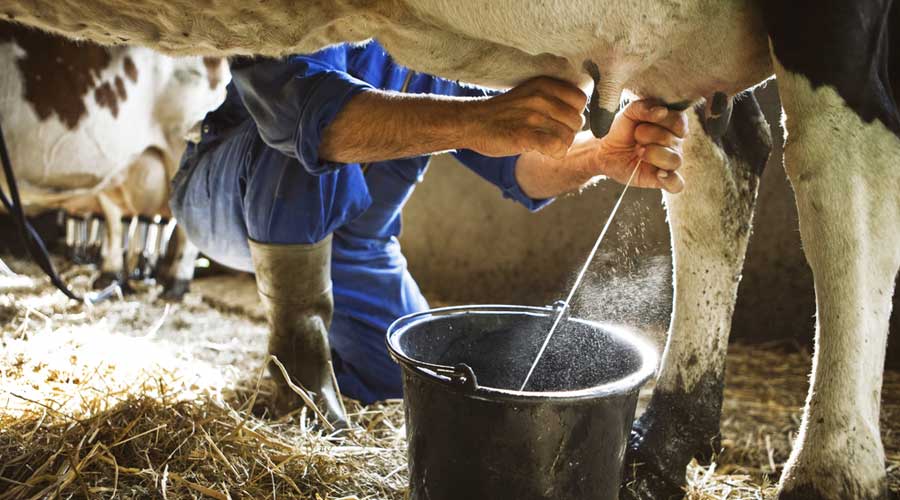 The findings presented online at the annual conference of the European Association for the Study of Diabetes bolster concerns that emerged 20 years ago that cow milk, although valued for its nutritional quality, may raise the risk of type-1 diabetes
Shutterstock
G.S. Mudur   |   New Delhi   |   Published 30.09.21, 02:35 AM

Research released on Wednesday suggests that drinking two or more glasses of cow milk daily during childhood can increase the risk of type-1 diabetes that is insulin-dependent and can strike the young.

The findings presented online at the annual conference of the European Association for the Study of Diabetes bolster concerns that emerged 20 years ago that cow milk, although valued for its nutritional quality, may raise the risk of type-1 diabetes.

The new study by researchers at the Karolinska Institute in Sweden, while validating earlier findings that breastfeeding can protect children from type-1 diabetes, has also found that cow’s milk significantly raises the risk. Children who drank at least two to three glasses a day were about 78 per cent likelier to develop type-1 diabetes than those who drank less than two glasses.

The researchers have cautioned that their findings should be considered preliminary observations and would need to be validated through more research before any dietary recommendations can be made for the general population.

“It is a bit tricky — we know that cow milk has nutritional value but we also see this association between the consumption of cow milk and type-1 diabetes,” Anna-Maria Lampousi, a research scholar in nutritional epidemiology at the Karolinska Institute who led the study, told The Telegraph over the phone. “A thorough risk-benefit analysis is required.”

Lampousi also underlined that the mechanism that might explain the observed association remained unknown. The finding comes amid concerns that the incidence of type-1 diabetes is increasing worldwide.

The researchers said the count of type-1 diabetes in young people was rising annually by an estimated 3.4 per cent in Europe and 1.9 per cent in the US. In type-1 diabetes, the immune system destroys insulin-producing cells in the pancreas.

A 2015 review had estimated that type-1 diabetes was increasing in India too at about 3 to 5 per cent per year with three new cases per 100,000 children aged under 14 years.

The risk factors for type-1 diabetes remain unknown. Currently, no one knows how to prevent such diabetes, according to a document on diabetes by the US Centres for Disease Control. In contrast, the risks for type-2 diabetes, or adult-onset diabetes, include excess weight, a sedentary lifestyle and poor diet.

“Learning more about the causes is the key to preventing type-1 diabetes,” Lampousi said.

She and her colleagues reviewed 152 earlier studies that had examined different dietary components, including food eaten by the mother during pregnancy and the food taken in infancy or childhood, and the risks of developing type-1 diabetes.

Children breastfed for six to 12 months were 61 per cent less likely to develop type-1 diabetes. But high consumption of cow milk and products such as butter, cheese, yoghurt and ice cream appeared to increase the risk of type-1 diabetes.

Researchers at the University of Helsinki, Finland, had in 2000 reported that early exposure to cow milk appeared to increase the risk in infants who already had a relative with type-1 diabetes.