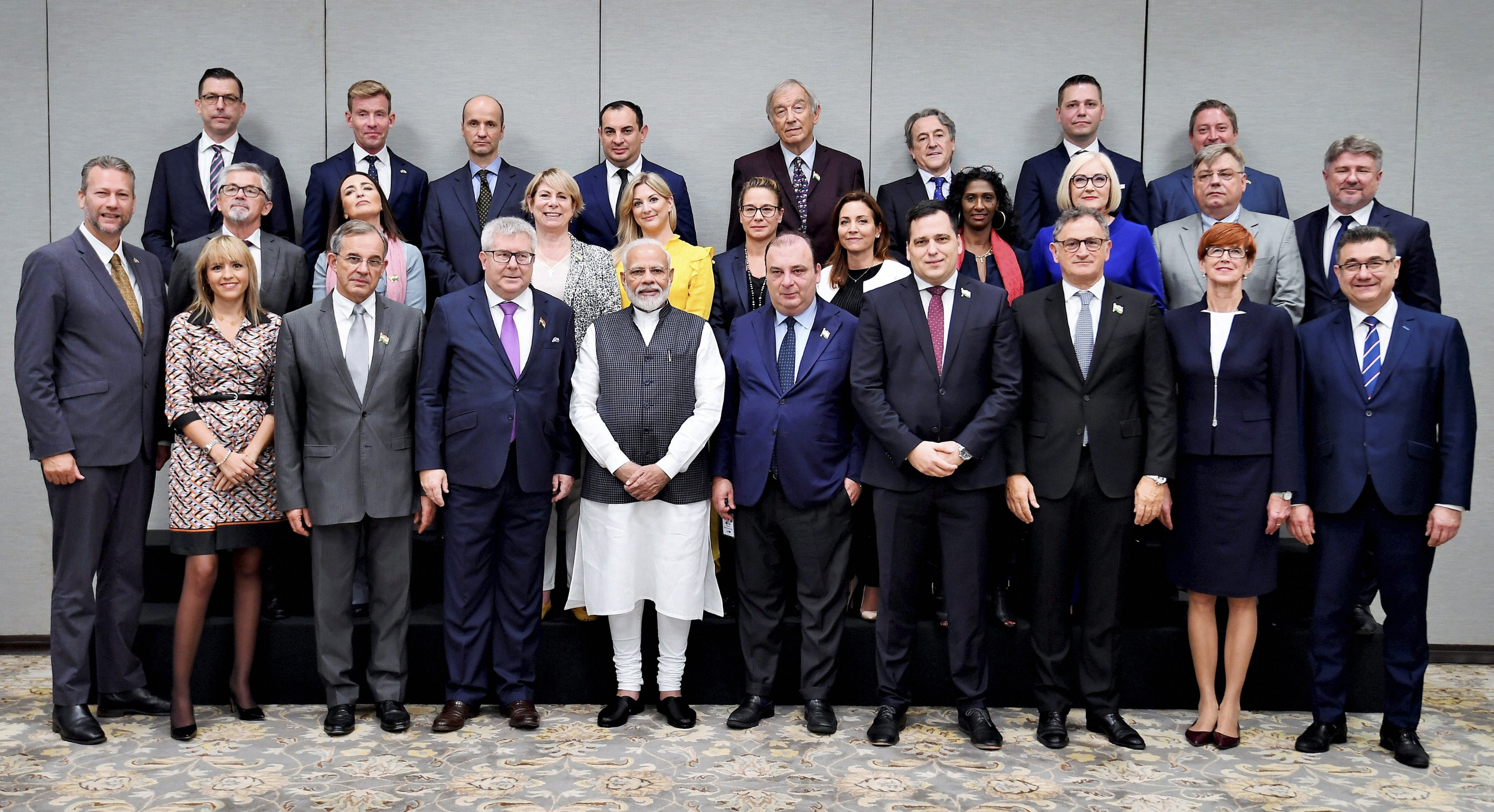 Twitterati today slammed the visit of the European Parliament members (MEPs) to Kashmir.

They also called out the role of Madi Sharma, who has attracted attention for organising the visit. Several people on Twitter asked why Opposition MPs had not been allowed to visit Jammu and Kashmir and called the MEP visit a 'PR stunt'.

Twitter users asked why Sharma paid such a hefty amount for the trip as well as raised questions on her role as an 'international broker'.

The Q is why will @MadiSharma1 pay such a hefty amount for this, most likely our Govt. is paying! If yes, why do we need to buy international support? When @AmitShah ji was yelling to not make it an international issue! Mota bhai saab Golmaal che ne? #MadiSharma #EUMPsInKashmir https://t.co/B9gGJggeNj

The point of debate isn't why #EUMPsInKashmir ,but the issue is what was the need for an international broker #MadiSharma to bring them to #Kashmir & why allowed a press interaction who they're to judge?
YES Nicolaus not only opposition but every concern person should be allowed. https://t.co/mRZW8FYc5g

The GOI is officially is a soup as far as this is concerned. PR charade gone awry and how. Shameful.

Kudos to the media for taking this up. #Kashmir https://t.co/krRt0JYSc1

Don't know if @DrSJaishankar
realises or knows external affairs has been privatised and handed over to an NGO. How else would you explain the visit of EU MPs? #MadiSharma

Besides the jibe at Madi Sharma, many Twitter trained their guns at the Modi government calling the visit a 'political drama,' a 'PR stunt' and a 'vacation.'

So basically,
There's governance and government to solve people's problems and bring peace in the country.

But here we have 365 days of political drama due to which the given peace is also taken off, and the real problem is our government :))#bjpshivsena #EUMPsInKashmir #NCP

Can someone help me understand, how a PR stunt can conceal violations of free movement, free speech and unjustified detentions?

I feel this stunt will prove to be a boomerang for #Modi govt.

JOKE! Even their press conference is not live - it is a recording. DRAMA!#Kashmir #EUMPsInKashmir pic.twitter.com/NrYwZMTWOz

Our PM visit abroad n learn the tricks of suppressing facts of human right violation. Such unofficial EU delegations r paid TOYS of fascist BJP government. This is how Israel do tactics of hiding their atrocities on Palestinans.#EUMPsInKashmir #EUDelegation #KashmirVisitFaceoff https://t.co/s84DReILFu

Is the conscience of all #EUMPsInKashmir dead?

You're ignoring the plight of millions just for your 3 days sponsored vacation...

Actually #EUMPsInKashmir were just holidaying in Srinagar after conducting hectic workshops to train the IT cell in Delhi.

And as usual, Twitterati could not keep themselves away from taking potshots at the lawmakers.

#India had to lock up 8MM #Kashmiris to make it safe for #EUMPsInKashmir visit.

EU law member to visit #EUMPsInKashmir is PR stunt of Modi.
Just get a certificate from them#Alliswell in kashmir.
So poor Paid PR stunt by Modi.#SaveKashmir pic.twitter.com/YZB47Mu2Nd

Enjoying the visit , just as they went there for a picnic.😃😃😃#EUMPsInKashmir pic.twitter.com/HZ8tWBe4pB