The agitators who had made the hashtag trend said it was their response to the targeted attack by Right-wing groups, posing as local people, at protest sites 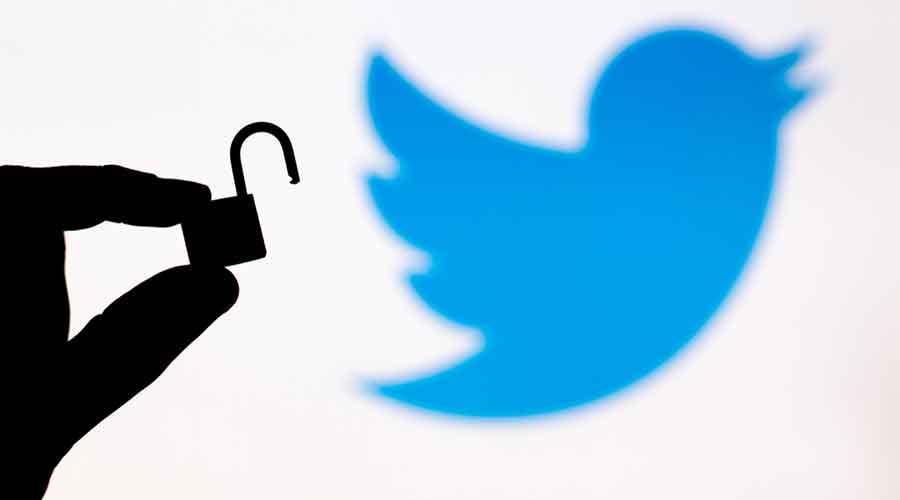 Twitter on Monday blocked nearly 250 accounts and tweets after the Narendra Modi government asked it to act against those using the #ModiPlanningFarmerGenocide hashtag and posting “fake, intimidatory and provocative” material on its site.

Government sources said the directive had gone out from the ministry of electronics and IT on a request from the home ministry and law-enforcement agencies to “prevent any escalation of law and order in view of the ongoing farmer agitation”.

The blocked accounts include the official handle of the Kisan Ekta Morcha, the one-stop source of information set up by the protesting farmers, several accounts created to propagate the farmers’ version in the face of the “godi (lapdog) media’s biased coverage”, and the account of The Caravan magazine.

Late in the evening, Twitter started restoring some of the accounts.

Twitter’s block caught the attention of overseas opinion makers who wondered if it would do the same in the US.

The director of the Reuters Institute for the Study of Journalism, Rasmus Kleis Nielsen, tweeted: “Can you imagine Twitter or any other platform company doing something like this in the US, France, or Germany, withholding e.g. Atlantic, Nouvel Obs, or Spiegel, with no real transparency about legal demands received? Troubling to see profound inequality in platform governance.”

A government source had said: “Incitement to genocide is a grave threat to public order and therefore the (electronics and IT ministry) ordered the blocking of these Twitter accounts and tweets under Section 69A of the Information Technology Act.”

The protesting farmers who had made the hashtag trend on Saturday said it was their response to the targeted attack by Right-wing groups, posing as local people, on the Singhu and Tikri protest sites on Friday. They also cited the protest at the Gurdwara Sis Ganj in Old Delhi.

On Friday, while addressing a news conference at the Singhu border, veteran farmer leader Balbir Singh Rajewal had cited the protest at the Gurdwara Sis Ganj and said the government was trying to turn the farmers’ protest into a Hindu-Sikh issue to polarise people.

Rajewal had thanked the farmers of Uttar Pradesh and Haryana for foiling this attempt by coming out in support of the protest.

The blocked accounts carried the stock message “account withheld” with the explanation that the particular Twitter handle’s “account has been withheld in India in response to a legal demand”.

According to an explanatory note on Twitter, “If you see the above message, it means Twitter was compelled to withhold the original tweet in response to a valid legal demand, such as a court order.”

Similar action can be taken on the basis of local laws “in response to a report filed through specific support intake channels”.