TRS and BJP in partnership, only Congress can fight Modi: Rahul Gandhi 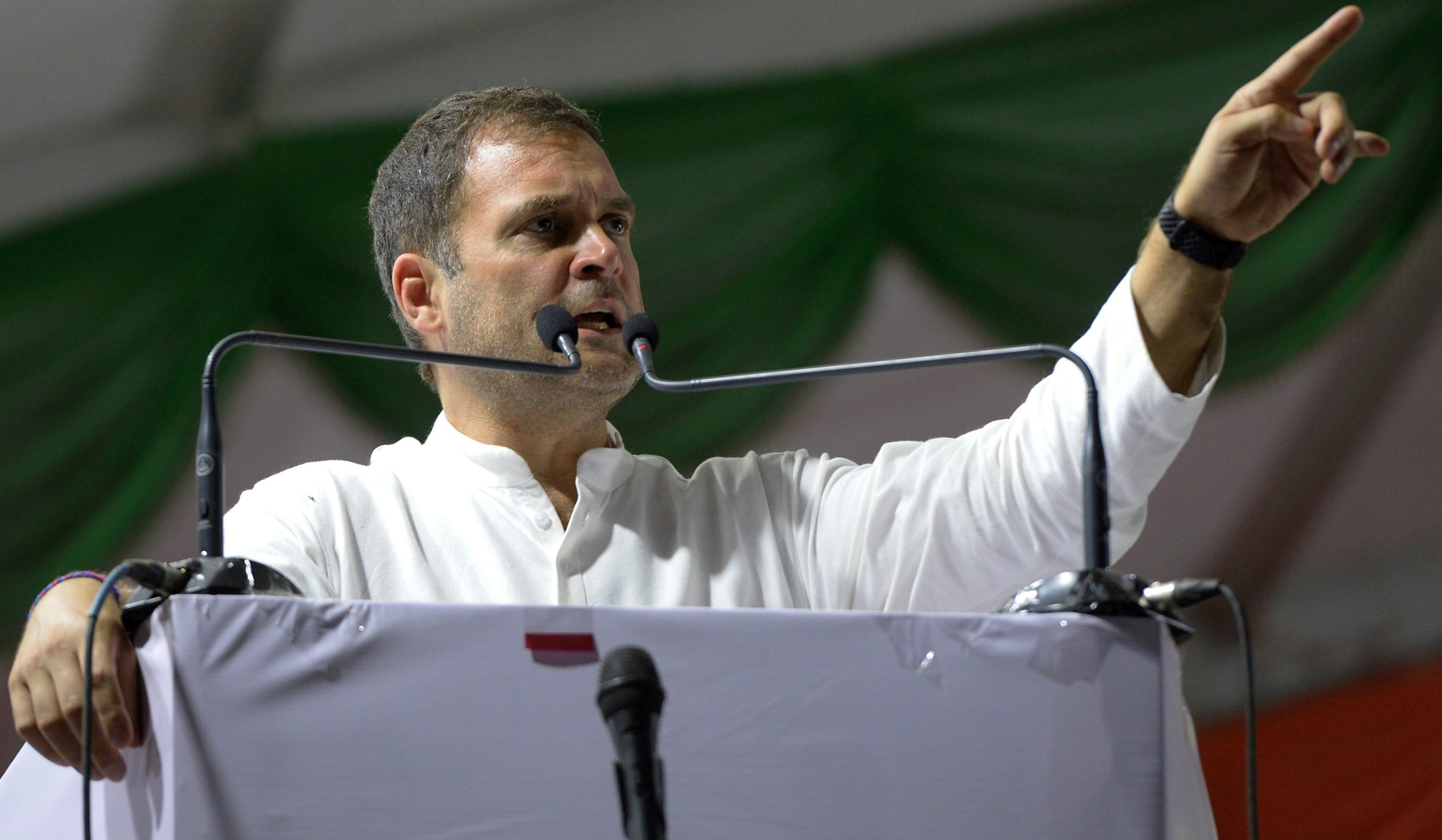 Congress President Rahul Gandhi asserted on Monday that only his party can fight the BJP and accused the ruling TRS of having a “partnership” with the Amit Shah-led outfit.

On his first visit to Telangana after the announcement of the election schedule, he attacked the Prime Minister, saying that while China generates 50,000 jobs every 24 hours, Narendra Modi “snatches away” 27,000 during the same time.

'He promised two crore jobs (every year). Has anyone of you got jobs?”, he asked and alleged that in the last 45 years, the unemployment rate was highest under Modi's five-year regime.

Rahul said if it comes to power, UPA would spend six per cent of the GDP on education, building new colleges, universities and institutions and providing scholarships.

Alleging a “partnership” between the TRS (Telangana Rashtra Samiti headed by Chief Minister K Chandrasekhar Rao) and the BJP, he said Rao never criticised the BJP-led government and supported it on issues like the GST and demonetisation.

'Modi gets help from Telangana. Remote control is in the hands of Modi”, Rahul alleged.

He said everyone knows that the TRS is not fighting against Narendra Modi. “Only Congress is fighting and not TRS and only Congress can fight them; we cannot be bought”.

Gandhi alleged that Modi always helps 15-20 rich people, and said he waived their loans to the tune of Rs 3.5 lakh crore during the last five years. “He (Modi) only spreads hatred and anger wherever he goes, and makes false promises”.

Rahul also spoke about 'Nyay (Nyuntam Aay Yojna)'. “I will not tell you lies. It is true and we will guarantee it”.

Flaying demonetisation, he said that any economist will say that it's “madness” and even an eight-year-old child will say it will result in huge loss and would hit small traders and SMEs.

'The fight was not against black money or corruption but to snatch money from you and fill the pockets of 15-20 rich people and convert their thousands of crores of black money into white”, he said.