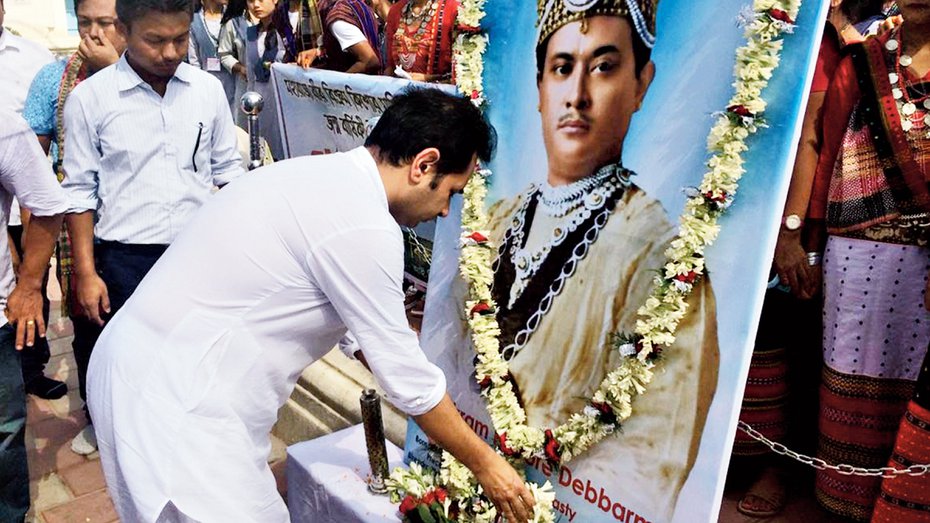 Accusing the Congress 'high command' of pressuring him to accomodate 'corrupt people,' the party's Tripura unit president Pradyot Kishore Manikya Debbarma has resigned from his post.

Debbarma said he put in his papers a few days ago but kept silent as the Congress's central leadership requested him not to make his resignation public before the by-election to Badharghat constituency, which was held on Monday.

'I have resigned from all posts of the Congress a few days ago. The party high command had asked me to compromise with a section of state leaders, but I told them it was not possible. Then they asked me to withdraw the litigation that I have filed for the introduction of NRC (National Register of Citizens) in Tripura, but I did not agree to it, too,' Deb Burman told PTI over the phone from Delhi.

Debbarma, a scion of the erstwhile royal family of Tripura, also castigated the Congress leadership in a Facebook post.

Debbarma said he was also unhappy over the central leadership's plan to appoint Subal Bhowmick as the working president of the Tripura Pradesh Congress Committee (PCC).

Bhowmick, a former Congress MLA, had joined the BJP before the Assembly elections on February 18 as the saffron party's state vice-president but returned to his former party before the Lok Sabha polls.

'A BJP MLA, who was a former Congress member, is now running the Congress in the state. It is he who wants to appoint Subal Bhowmick as the working president of the Tripura PCC,' a source close to Debbarma later said, quoting him.

Debbarma, the grandson of Bir Bikram Kishore Manikya who had ruled the princely state of Tripura, was appointed the Tripura Congress president on February 25 this year.

'I realised how my health and my life was being affected because I was not ready to allow wrong elements to get into posts which would destroy our state. I tried and perhaps lost but then how could I win when I was alone in this fight from the beginning? The Bubagra (king) in me is more powerful than any political post,' he wrote on Facebook.