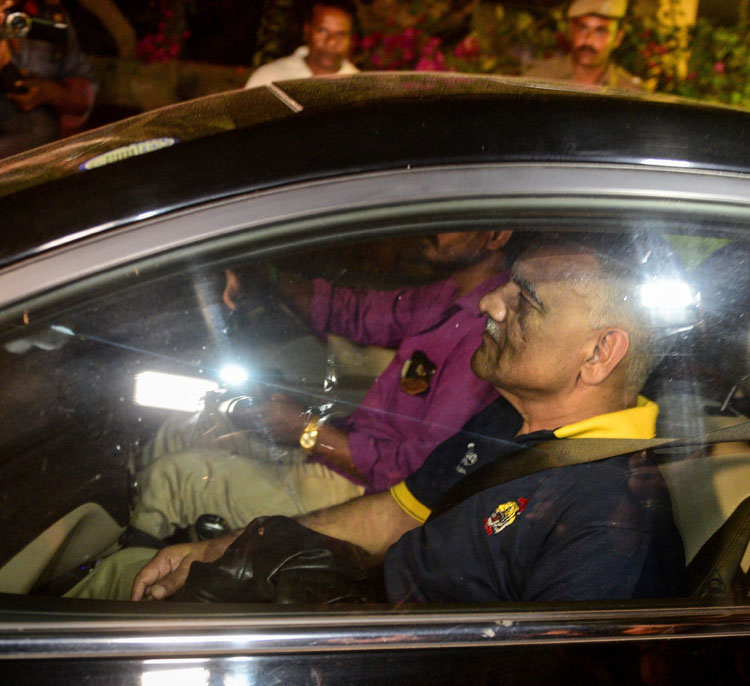 Wing Commander Abhinandan Varthaman raised patriotic slogans, fired in the air and stuffed his mouth with documents when he landed on Pakistani soil after ejecting from his fighter jet on Wednesday, says the headman of a village on the other side of the border.

Recounting the capture, Mohammad Razzaq Chaudhry, the chief of Horran village, told the BBC that he ran to the spot along with other villagers when he saw a MiG-21 crashing to the ground.

The MiG had been scrambled by the Indian Air Force after a Pakistani fighter jet entered Indian airspace.

Official sources said on Thursday the wing commander downed an F-16 fighter jet of the Pakistan Air Force by firing an R-73 air-to-air missile before his MiG-21 Bison was hit during a fierce dogfight on Wednesday.

Abhinandan’s first question on landing was whether he was in India, Chaudhry said, disclosing that the pilot was pelted with stones and also shot in the leg while trying to flee.

“My objective was to capture the pilot alive. I had seen the Indian flag on his parachute and knew he was Indian,” Chaudhry was quoted as saying.

According to the 58-year-old eyewitness, the pilot asked if he was in India and some of the villagers tricked him with an affirmative response, after which he raised patriotic slogans.

“The boys around him responded by saying, ‘Long live Pakistan’!” Chaudhury told the BBC.

Abhinandan then pulled out his gun and fired in the air to intimidate them. The move led to more hostility and the villagers began throwing stones at the pilot who by then was on the run.

“The boys chased him until he fell into a stream and one of my nephews who was also armed shot him in the leg,” Chaudhry said.

The pilot was then asked to drop his pistol, and was pinned down by a villager to prevent him from using any other weapon that he might have had.

Abhinandan attempted to destroy the documents in his possession by stuffing them in his mouth. However, the villagers managed to get hold of some papers, which were later handed over to the army, the BBC reported.

The officer was thrashed by the mob until the Pakistani army came to his rescue. “Our boys were angry and continued to force their way closer to him to punch and slap him, though some of them tried to stop the aggressors. I also told them not to harm him, to leave him alone until the army officers arrived,” Chaudhry said.

On Wednesday, videos circulated on social media showing the wing commander in captivity. In one, a Pakistani soldier ankle-deep in a stream can be seen shielding the pilot from angry villagers and shouting “enough” as they pummel his bloodied face and strike blows against his limp body.

The Indian government has asked YouTube to remove links to the videos.

On Thursday, Pakistan announced it would release the officer on Friday.

Pakistan says it will release IAF pilot Abhinandan on Friday