In the UK, the majority of licence seekers fail to get the document after tests 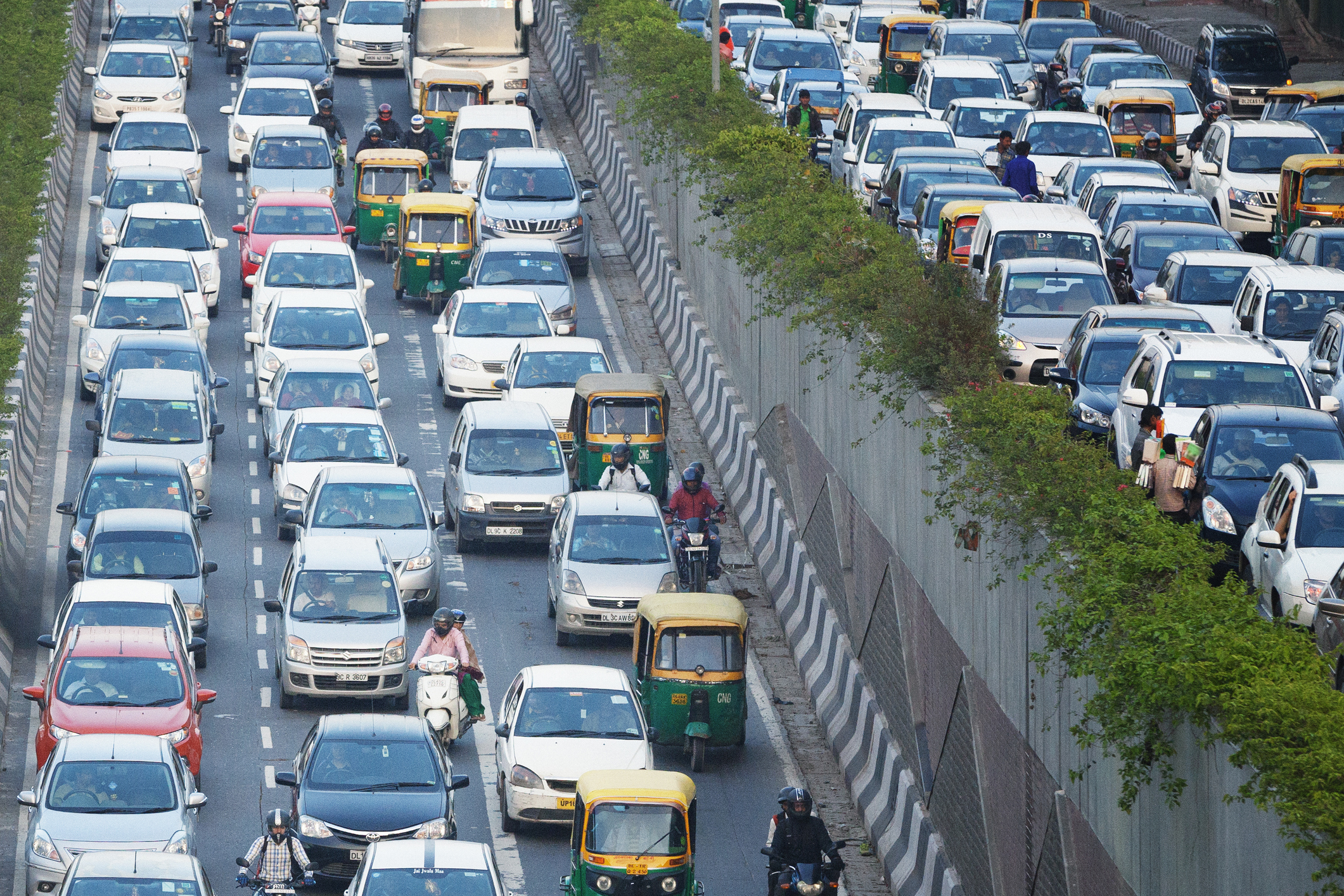 The Union road transport and highways ministry's hefty fines on motorists have raised questions on whether steeper penalties would really lead to safe driving at all.

Researchers who study motorist behaviour, licence regulations and road infrastructure have said that a lax system of giving driving licences as well as bad roads are significant contributors to the menace of unsafe driving.

It is not hard to come across friends who say that they never took a driving test but do possess a driver's licence.

“One of the main reasons for this is that the regional transport authority or regional transport office of a particular district that issues driving licences severely lacks in capacity. A motor vehicles inspector, on average, has to process around 100 driving licence applications each day. This means he can devote less than five minutes to each application. It is not humanly possible to judge a driver in that time period,” Amit Bhatt, the director of integrated urban transport at the Bangalore-based World Resources Institute, told this website.

Union road transport and highways minister Nitin Gadkari, who is being blamed for the move, had said in 2017 said that over 30 per cent of the driving licences were “bogus”. “More than 30 per cent of the driving licences that people are using across the country are bogus. This has come to light only recently. The only way to remove these is to ensure that driving licences are issued only through a mechanism where a computer will check the applicant’s ability to drive,” he had said, according to a report published in The Indian Express.

India accounts for 5 lakh road accidents annually in which 1.5 lakh people die and another 3 lakh are crippled.

Those who support the government's move say that countries such as the UK, US, Germany, Australia and Singapore have steeper fines. But it is also true that in all these countries, the per capita income is way higher than India's. Also, many of these countries have robust public transport systems and strict driving licence rules.

In the UK, for example, acquiring a full driving licence for a car is a six-step process. It involves a 40-minute driving test after an eyesght test, a hazard perception test and a multiple-choice written examination in which an aspiring motorist has to answer 50 questions in 57 minutes.

The test is based on material in three books, which the UK government lists on its website. These are must-reads for the test.

Anyone below 25 seeking a driver's licence in Australia has to go through all the steps mentioned above. Additionally, under 25 has to log between 50-120 hours of supervised driving by an instructor or a person with a full licence.

Needless to say, many fail their first attempt to get a driving licence. According to a report in bbc.com, 45.5 per cent aspirants in any one yer pass the driving test, which means that the majority does not succeed. This is a complaint never heard of in India.

There is another problem that research has pointed to regarding unsafe driving.

A study by JP Research India Pvt Ltd, which studies road infrastructure and traffic crashes, in Calcutta in 2018 found poor roads to be behind 81 per cent of the road accidents.

In another study by JP Research on the Pune-Mumbai highway, it highlighted the role of necessary infrastructure—poorly designed guard rails, absence of tactile edges along the length of the road, missing advance signage for exits and U-turns, etc -- on highways that can help bring down casualties.

Neither of the studies shortchanged human error.

Several states, such as Gujarat and Uttarakhand, have moved to reduce the fines. Maharashtra, which is months away from state elections, and West Bengal have refused to enforce the new fines.

Minister Nitin Gadkari has stuck to his guns and said that the fines were brought for safer driving, but few are listening.

As more states contemplate a reduction in penalties, the road transport and highways ministry has sought legal opinion on whether states can reduce fines below the minimum penalty fixed in the amended Motor Vehicles Act, an official told PTI today.

'We have sought an opinion from the department of legal affairs, ministry of law and justice, whether states are empowered to reduce the penalties below the minimum fine fixed under the amended Act,' an official said. 'Once we get clarity from the ministry of law whether the states have the power to reduce fines below the floor penalty fixed, we will take appropriate steps,' the official added.

Elaborating, the official said that under the amended Act, where the penalty for traffic offences mention 'fine of up to', the states can decide on penalties but where there is a fixed fine, penalty cannot be lowered.

Gadkari has recently said: 'If they (states) want to reduce the fines, let them, but the lives of people should be saved and there should be fewer accidents. There has to be awareness over this.'

He said the stringent rules were 'much needed' as people had taken traffic laws very lightly and there was neither fear nor respect for the law.

'I am sensitive to this issue. Ask the family members who have lost someone near and dear in road accidents. 65 per cent of the road accidents victims are in the age bracket of 18 to 35 years, ask their families how they feel. I too am an accident victim and it is a well-thought-of step with consent from almost all political parties whether Congress, Trinamool or TRS,' the minister has said.

He said there are people who have not even been once fined as they follow traffic norms asking why others cannot emulate them.