TMC MP says ordinances 'overused' since 2014; minister retorts that these are very part of democracy 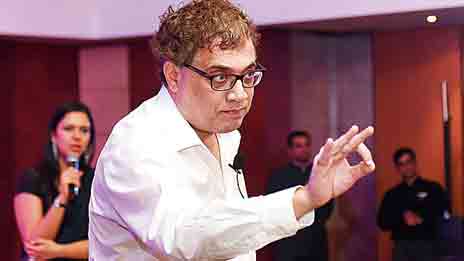 A war of words erupted between Parliamentary Affairs Minister Pralhad Joshi and TMC Rajya Sabha MP Derek O'Brien over the use of ordinances by successive governments, after the opposition leader accused the Centre of promulgating ordinances to mock Parliament.

A series of tweets from Joshi on Monday night drew a sharp reaction from O'Brien who had earlier posted a tweet hitting out at the government over the ordinances to extend the tenure of the ED and CBI chiefs. He also posted a graphic that showed that in the 17th Lok Sabha, almost four ordinances were brought in for every 10 bills and how it had been misused since 2014.

"Will Mr. Derek O'Brien care to explain above numbers?" he asked. "Ordinances are very part of a democracy. No one expects TMC to understand this because we have seen what happens to the democratic rights of other parties in West Bengal. We have seen Hon'ble High Court's observation and that how many sessions have been conducted in WB's assembly.

"Also, it is not too late for Mr. O'Brien to learn and acknowledge that the Congress party, supported by his own TMC party, is the most undemocratic party. Does he need to be reminded that Congress has used Article 356 to dismiss State Governments a whopping 93 times?" Joshi added.

In his reply, O'Brien said that he stood by his data. "Mr Modi and Mr Shah, I posted this graphic showing how ordinances have been overused since 2014 #Parliament. Some boys in your Cabinet have made some gurgling sounds. No substance. Reposting graphic. I stand by each of these numbers. Could you request your boys to try again," O'Brien said.

Opposition parties have vowed to counter in Parliament the government's move of extending the tenure of the CBI and ED chiefs, alleging it was bypassing the House, distorting the Constitution and resorting to Ordinance Raj to "misuse" the agencies.