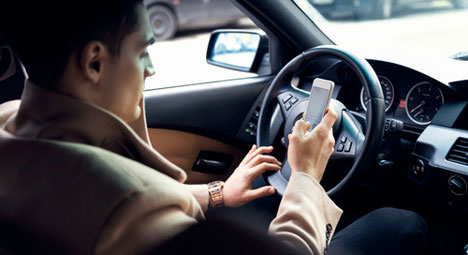 New Delhi: The proportion of jobless people rose significantly in India across education levels between 2011 and 2016, an economics professor's analysis of two sample surveys suggests.

The findings by Santosh Mehrotra, chairperson of the Centre for Labour Studies at JNU, appear to question the Centre's claims about job creation although the period under focus covers only the first two years of Narendra Modi's rule, along with the last three of the UPA's.

Mehrotra arrived at the figures by analysing data from the National Sample Survey for 2011-12 and the annual report for 2015-16 by the labour bureau, an arm of the labour ministry. (See chart)

Data later than 2015-16 were not available. The labour bureau appears to have stopped the annual survey. In June, the National Sample Survey Office completed a survey on employment for 2017-18 but it is yet to be published.

He clarified that an unemployment rate of 3.4 per cent does not mean the remaining 96.6 per cent are fully employed. It only means that 3.4 per cent are completely jobless while the rest include people who may be employed fully or temporarily --- for a particular period in a year or for a few hours a day and for a few days in a year.

Mehrotra has found that the unemployment rate for general graduates has more than doubled while that for graduates in technical subjects like engineering, pharmacy, management and architecture has jumped from 6.9 per cent to 11 per cent.

The unemployment rate is higher for the better educated because they are choosier about jobs compared with those less educated, who tend to be from poorer families and cannot afford to remain jobless, he explained.

T.C.A. Anant, former chief statistician of India who now teaches at the Delhi School of Economics, however, said the National Sample Survey cannot be compared with the labour bureau survey.

Mehrotra defended the comparison. He said the labour bureau survey covered a substantial period of the year if not the whole year.

Besides, he said, the better educated youths tend to be employed in sectors like manufacturing, industry and service, which tend not to be affected by the change of seasons.

Although there's no official data yet about the post-2016 unemployment situation, the Centre for Monitoring Indian Economy (CMIE), a private think tank, has been carrying out household surveys and bringing out a report every four months.

Mehrotra said the CMIE findings were consistent with those of the labour bureau's annual survey for 2015-16.

CMIE managing director Mahesh Vyas said the rising unemployment figures owed not just to a lack of jobs but also to people's reluctance to accept jobs they deemed unsuitable.

Mehrotra said: "New jobs are being created but not in enough numbers. Private-sector investment is not growing to the extent that it can create enough jobs."

During his reply to a no-confidence motion last month, Modi had told the Lok Sabha that falsehoods were being spread about the creation of jobs.

He said the Employees' Provident Fund Organisation had registered 45 lakh new subscribers between September 2017 and May 2018, and another 5.68 lakh had been added to the National Pension Scheme in the previous two months. Put together, he said, 50 lakh people had got jobs in about nine months.

But Mehrotra differed with the Prime Minister, saying the provident fund registration had increased because of the goods and services tax and not because of new jobs.

"The increase owes to a formalisation of jobs that were in the informal sector. It's a good thing," he said.

Mehrotra explained that unorganised enterprises in the manufacturing and service sectors buy raw material from the organised sector, and risk losing tax benefits on these if they do not register under the GST. Such registration can also bring other benefits, such as credit from banks.

Once these enterprises register under the GST, they register their employees with the provident fund organisation, he said.

The Economic Survey for 2017-18 reports a sharp rise in the number of indirect taxpayers, many of whom have voluntarily chosen to be part of the GST, especially small enterprises that buy from large ones and want tax benefits on these purchases.