Last week, ED claimed in a court here that the jailed AAP minister was getting special treatment inside the jail 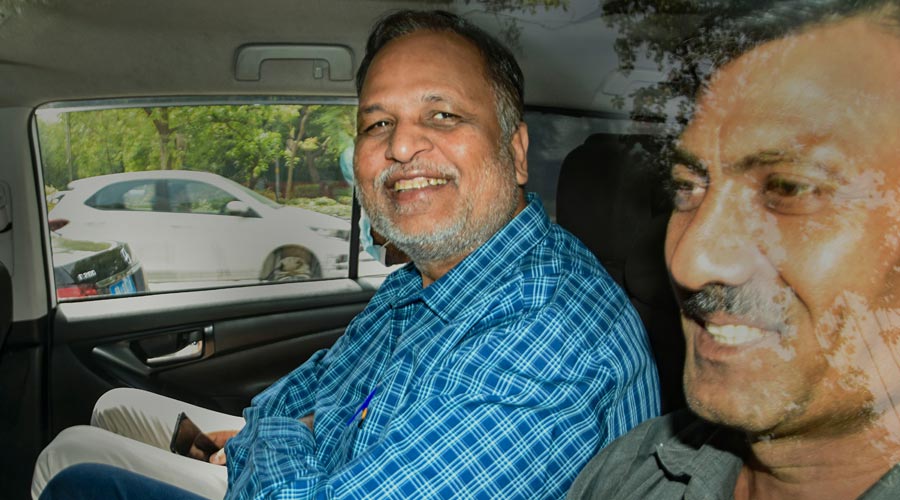 A Tihar jail superintendent has been suspended for alleged involvement in providing special treatment to AAP minister Satyendar Jain who has been lodged in the prison in a money laundering case, sources said on Monday.

Last week, the Enforcement Directorate (ED) claimed in a court here that Jain was getting special treatment inside the Tihar Jail.

"Jail Superintendent of Tihar Jail no. 7, Ajit Kumar, DANICS, has been suspended. He has prima facie been found to have committed irregularities that warrant inquiry," a source in the prison department of the Delhi Government said, adding that the matter was connected to Jain getting special treatment in the jail.

The ED had made the submission before Special Judge Vikas Dhull while concluding its arguments opposing Jain's plea against the money laundering case.

"Unknown persons were giving massages and foot massages to Jain, even beyond curfew hours. He was given special food," said Additional Solicitor General (ASG) S V Raju, appearing for the ED.

The ASG shared certain CCTV images with the court and alleged that most of the time Jain was either in hospital or in jail enjoying various facilities. The 58-year-old Delhi minister was arrested on May 30.

Earlier this month, Director General (Prisons) Sandeep Goel was transferred from the Tihar Jail, days after incarcerated conman Sukesh Chandrashekhar alleged extortion of Rs 10 crore for protection in prison by Goel and Jain.

The Aam Aadmi Party had dismissed the allegations, calling them absurd and baseless.