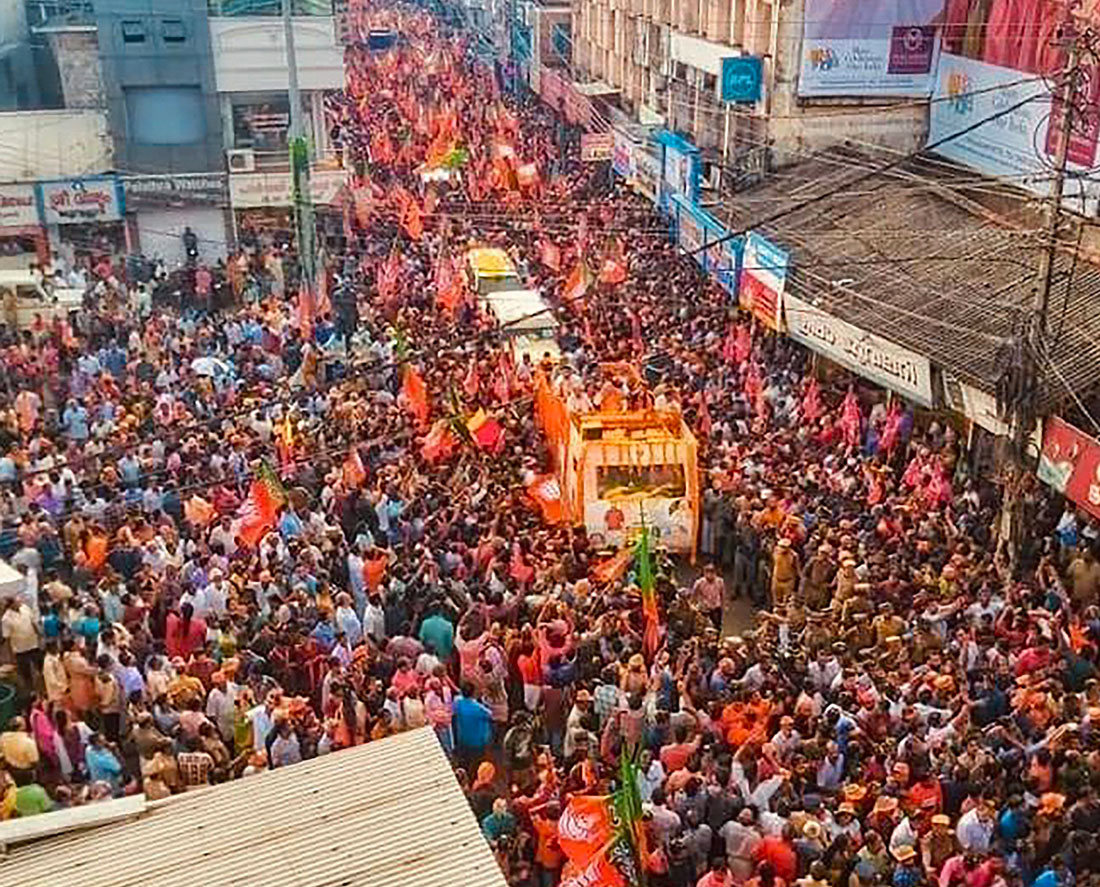 Malayalis, used to a bipolar polity for five decades, were for the first time confronted with keen three-cornered fights in at least three Lok Sabha constituencies, essentially thanks to the CPM’s Sabarimala stance that gifted the BJP a temple issue on a platter.

Nowhere was this more evident than in Pathanamthitta — the epicentre of Sabarimala politics by virtue of being the constituency where the Ayyappa temple is located.

Whoever wins in Pathanamthitta, around 105km from Thiruvananthapuram, the fact remains that the BJP — which till eight months ago was nowhere in the reckoning here or elsewhere in the state — managed to set the agenda in Kerala after several abortive efforts in the past five years.

The BJP was able to turn the election into a fight between believers and non-believers, injecting religion into the political narrative of a state which, though religious, had succeeded in keeping church and state separate till now.

A BJP win in Pathanamthitta would raise questions about chief minister Pinarayi Vijayan’s pro-active move to take women of menstruating age into the Sabarimala temple after the Supreme Court lifted the ban on their entry. The BJP could then build on temple politics to become the force to take on the Left in its last bastion in Kerala though the state Congress has been more consistent than the RSS in opposing the entry of women under 50 into Sabarimala.

The previous UDF government had submitted an affidavit to this effect in the case in the Supreme Court at a time when the RSS was favouring the entry of women of menstruating age into Sabarimala. It was only after the judgment came and the BJP saw electoral potential in the resistance from Hindus — essentially among the upper castes — that the right wing did a U-turn.

The subsequent turn of events catapulted BJP’s Pathanamthitta candidate, K. Surendran, to an L.K. Advani-like persona vis-à-vis the Ramjanmabhoomi movement. Jailed for 23 days and with nearly 200 cases against him, the man once caricatured as “Ulli Sura” (Onion Surendran) is now greeted with traditional aarti wherever he goes.

His nickname was the result of his claim that he was eating onions when caught on camera gulping down “parota and beef curry” — a staple in Kerala across all religious groups.

As polling date drew close and all three parties dug their heels in, few — even party insiders of the Congress and the CPM — were prepared to hazard a guess on who had the upper hand as all three candidates appeared evenly poised in a constituency that has been a Congress stronghold.

This added to the confusion of voters, particularly those opposed to the BJP. What further confused them was the fact that both the UDF and LDF have fielded Christian candidates — of varying denominations — in a constituency that has a sizeable community population. Consequently, many of them were willing to give up their zealously guarded political leanings to vote for the other side if it was better positioned to defeat the BJP.

According to sources, the CPM — despite Pinarayi making it a prestige issue to defeat the BJP in Pathanamthitta — does not consider the constituency among the eight seats the party can win in Kerala. Chances are that many in the party may have transferred votes to the Congress candidate — two-time MP Anto Antony — as losing the seat to the BJP under Pinarayi’s watch would deal a body blow to the Pinarayi-controlled CPM.

While Thiruvananthapuram is also witnessing a similar three-cornered fight as is Thrissur, a BJP win in Pathanamthitta — where it bagged 15 per cent of the votes polled in 2014 — would be more bruising for the CPM as it would then have none but itself to blame for paving the way for Hindu identity politics in a state that has kept the Sangh parivar at bay electorally despite a strong RSS presence for decades.