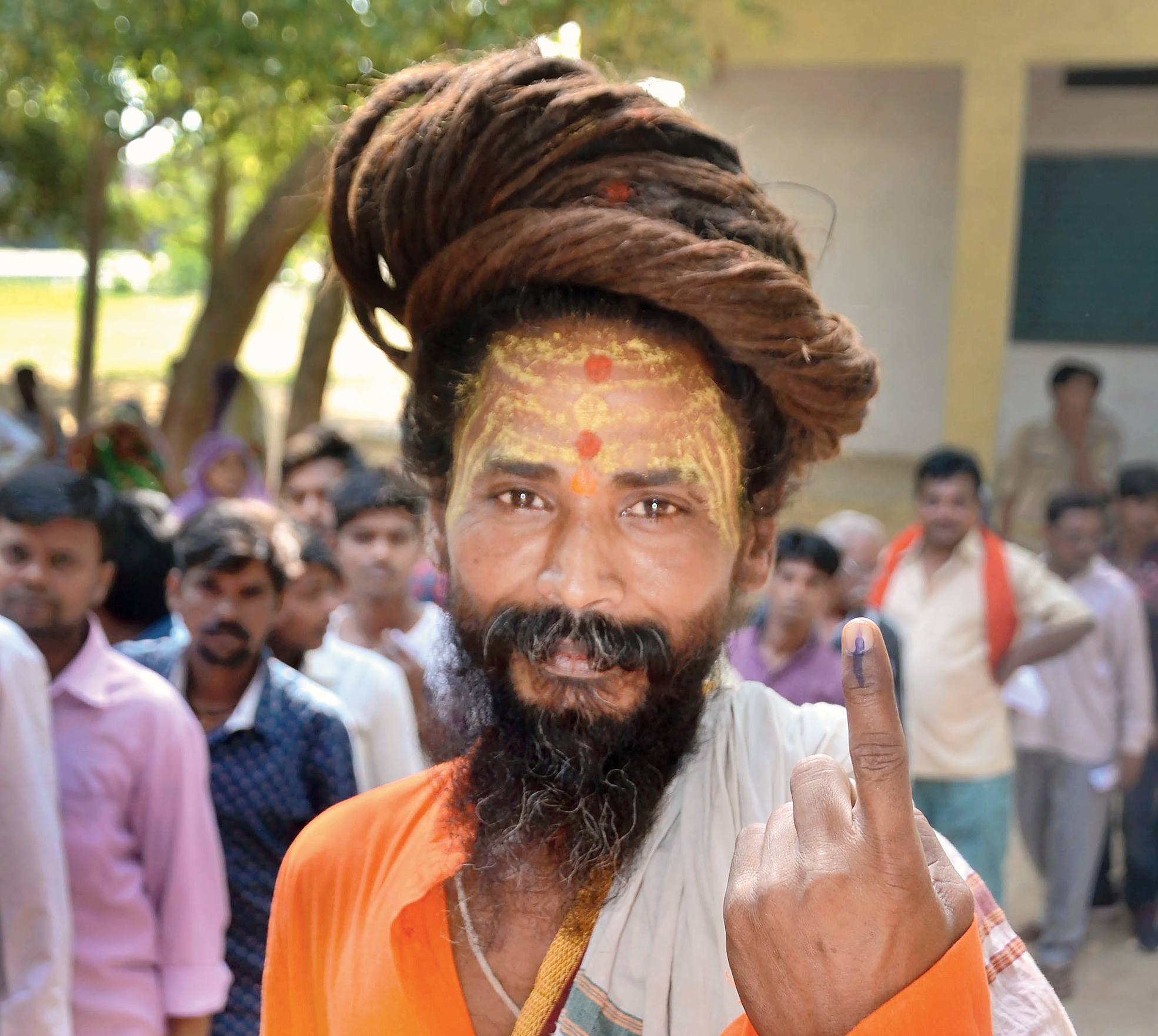 Beyond the abject predictability of Varanasi, beyond the limits of Prime Minister Narendra Modi’s constituency, eastern UP begins to resemble the Bihar of 2015: a battle, a girded loin battle, between a juggernaut on the roll and newly aligned armies determined to grind it to a halt. You head towards Ghazipur or Chandauli, you head towards Jaunpur or towards Bhadohi, you head up north towards Gorakhpur, you head towards Mirzapur —- the pattern everywhere is the same: robust rival caste and creed formations locked in an intense smash and grab game.

In the Bihar of 2015, the challenge to the BJP came from the RJD-JDU-Congress combine. In 2014, the BJP had swept Bihar, taking more than 30 of its 40 Lok Sabha seats. But in 2015, bitter rivals Lalu Prasad and Nitish Kumar joined hands.

The BJP was routed. Here in the districts of UP’s Purvanchal, the SP-BSP alliance has unleashed a resistance whose prowess even the BJP’s election managers acknowledge. “Yahan Varanasi chhod ke kai seats mein fight hai,” a senior BJP leader visiting to oversee the campaign tells The Telegraph, “I am not saying we won’t do well, but yes, we are facing the heat. It is something we will have to work to overcome.”

As you leave Varanasi and enter the rural dustbowl, you’re likely to sense the high Modi decibel falling away and the clamour of a more even contest beginning to make itself heard.

In Mirzapur for instance, Anupriya Patel, Union minister and Apna Dal leader, must rally her own troops and wage her own battles rather than rest easy on the Modi reputation.

“Anupriyaji has the support of her caste base and sections the BJP brings,” says Ratan Patel, an Apna Dal worker in Chunar, about 30 kilometres west of Varanasi, “But the others also have their votes, it’s a strong vote this time because the SP and BSP have combined. The fight will be hard.”

Rather than on Modi, the Patel camp may be keener on other factors at play. Which way, for instance, will the Muslim vote split between the SP-BSP and the Congress. Or whether the Congress’s Lalitesh Tripathi will manage to break the Brahmin vote. Or again, will the SP-BSP nominee, Ram Charitra Nishad (he is the sitting BJP, yes BJP, MP from Machhalishahar, and his switch might tell its own tale) be able to woo the substantive sections of the non-Yadav OBCs? The combinations and permutations are shifting and shuffling, like shards in a kaleidoscope.

Modi remains a factor, undeniably, but not a singular factor that can change fortunes. Neither does he soar above the field as the invincible one.

Often, you’ll hear him being dismissed out of hand. “Modiji kya hain? Dugdugiya madari hain, tamasha karte hain, bheed jutate hain, paanch saal mein aur kya kiye? (What is Modi? He is a street showman, he does tamashas and he gathers crowds, what else has he done in five years?)”

That may sound like a provocative shot fired to fetch a response from the few sheltering from the heat under a huge peepal.

It is past noon, and the Ganga ghat at Chunar lies bleached under the sun. Only young boys and buffaloes have dared the distance to the riverbank. Girija Prasad Yadav, the man who has just spanked the Modi reputation in public, holds his dare and looks around if there’s a response coming.

It does, soon enough, and it is another jibe at Modi. “Arrey madari nahin, Tughlaq hai Modi, roj naya drama-nautanki, kano kuchh, kabhi kuchh. Note bandi kiya, phir bhool gaye kitna bada julum janta pe kiye. Pulwama mein sipahi mare, laash pe naachne lage. Aisa koi pradhan mantri hota hai?” (Modi is like Tughlaq, every day something new. He did demonetisation, then forgot what an atrocity he had committed on people. Soldiers died in Pulwama, he started dancing on their bodies. What sort of Prime Minister is he?)”

This time it is a Nishad, a non-Yadav OBC, who has spoken up. Kirparam Nishad is his name and he runs a small kirana store in the bustee nearby. “2014 mein aaraam se jeete thhe, iss baar yahan woh maamla nahin hai. (The last time Modi had won comfortably, this time it’s not the same.)”