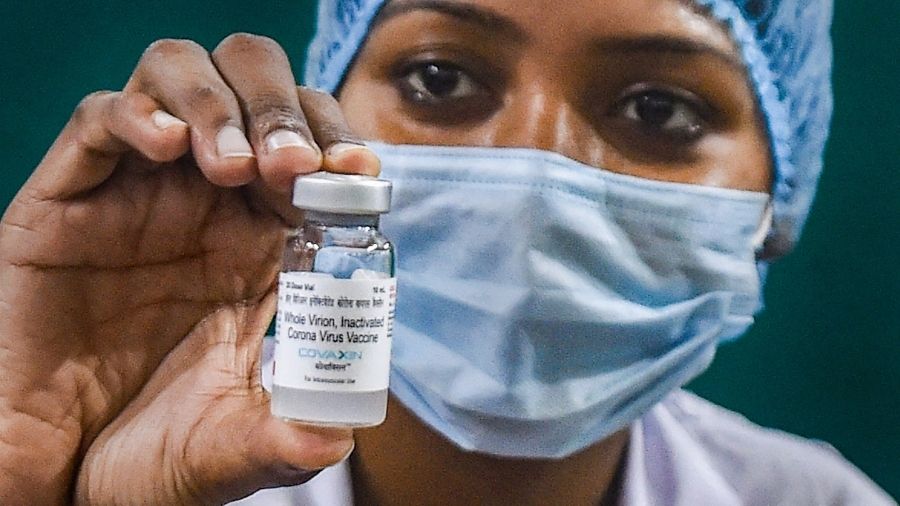 The vaccine’s developers had in July this year announced the observed efficacy levels. But the scientific and medical community had long awaited publication of the results in a journal that would mark independent peer review and acceptance.

Covaxin, jointly developed by the Hyderabad-based Bharat Biotech and the Indian Council of Medical Research, is one of the two main vaccines used in India’s Covid-19 vaccination campaign. The other is Covishield, the Oxford-AstraZeneca vaccine produced in the country by the Serum Institute of India.

“A paper in The Lancet is a big thing — it is reassuring,” said a vaccine science researcher who requested not to be named. The journal had earlier this year also published results of clinical trials of the Oxford-AstraZeneca, Chinese and Russian vaccines.

The Covaxin results have shown that it is “generally effective against Covid-19, preventing symptomatic disease and decreasing need for hospitalisation”, the paper said, outlining the implications of all available evidence. The trials also showed 65 per cent protection against the highly contagious Delta coronavirus variant.

“This is a recognition of industry-driven research and development efforts,” said Krishna Ella, a scientist-turned-entrepreneur and the managing director of Bharat Biotech. Covaxin is made from inactivated (killed) virus that some scientists believe could offer broader protection than available from designer vaccines.

The publication is a “great moment for India — and marks a successful private-public partnership,” said Balram Bhargava, the director-general of the ICMR, the government institution that had isolated and grown the coronavirus from early patients in India and sent it to Bharat Biotech for vaccine development.

Scientists have hailed the paper’s publication but said it did not dent concerns that some had expressed about how sections of India’s health and regulatory bureaucracy had earlier pushed Covaxin into controversy.

The ICMR DG, for instance, had in July 2020 — even before the start of trials — urged doctors involved in the trial to expedite the vaccine’s assessment to enable its release by August 15, 2020, stunning sections of the medical community.

The DG had quickly clarified that his letter had merely intended to emphasise the need for speed and that the vaccine development effort would adhere to rigorous science. But his letter had triggered concerns whether regulatory authorities would give concessions to an Indian-made vaccine.

“This was an entirely avoidable controversy — it should not have happened at all,” said a senior scientist who is among the Centre’s advisers on Covid-19 among other issues.

Sections of scientists had also accused India’s drug regulatory authority of opacity when it approved in early January this year the use of Covaxin without the results of trials aimed at assessing its protective efficacy.

“It is great to see the Covaxin paper published in The Lancet,” said Satyajit Rath, a senior medical immunologist and adjunct faculty at the Indian Institute of Science Education and Research, Pune.

“But that doesn’t change the opacity of decision-making by our drug regulatory authorities in January this year,” Rath said. We still don’t know exactly what data they used to arrive at their decision.”

The World Health Organisation had last week granted emergency use listing for Covaxin after a rigorous review of the vaccine’s safety, efficacy and quality. The WHO approval would enable the vaccine’s use in more countries and expand international travel opportunities for Covaxin recipients.

The vaccine’s observed 64 per cent efficacy in protecting people from asymptomatic infections indicates “significant protection for public health”, researchers Jing-Xin Li and Feng-Cai Zhu at China’s Centres for Disease Control and Prevention in Nanjing wrote in the same issue of The Lancet.

Protection from asymptomatic infections implies that vaccinated people are less likely to develop symptoms and thus less likely to become potential sources of the virus for any further spread.

India happy with WHO's Covaxin nod