All infants were aged between a month and three months 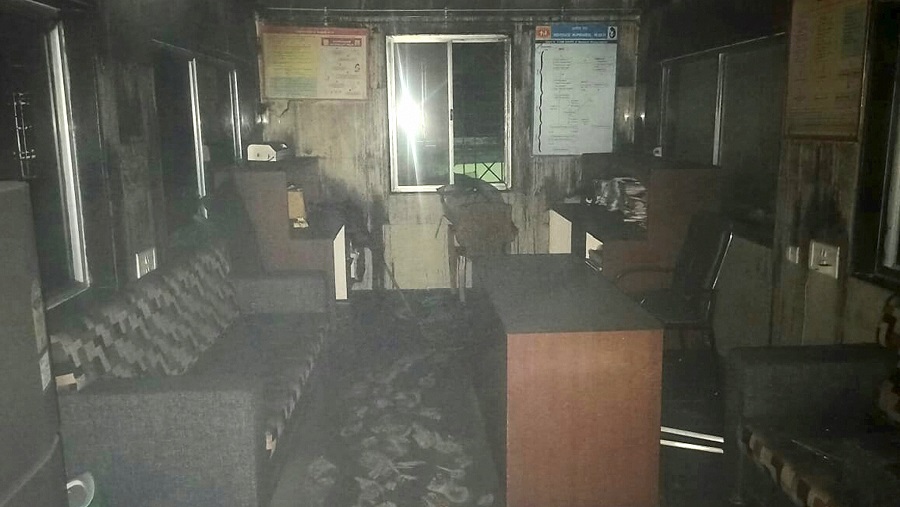 Charred remains of furniture and other equipments inside the new born babies care unit of the Bhandara District General Hospital after the fire, in Bhandara district of Maharashtra, on Saturday.
PTI
Our Bureau, Agencies   |   Mumbai   |   Published 09.01.21, 10:02 AM

Ten newborn babies died after fire broke out in the Special Newborn Care Unit of a hospital in Maharashtra in the wee hours on Saturday, doctors said.

The infants were aged between a month and three months, a doctor said.

District civil surgeon Pramod Khandate said fire broke out at the Bhandara district hospital at around 1.30 am. There were 17 babies in the unit and seven were rescued, he added.

A nurse first noticed smoke coming out from the neonatal section of the hospital and alerted doctors and other staff who reached there in five minutes, he said.

Fire brigade personnel rescued seven babies from the 'inbound ward' of the unit but could not save the 10 other babies, he said.

Khandate said the ward where newborn babies are kept requires a continuous supply of oxygen. "There were fire extinguishers and staff used them while trying to douse the fire. There was too much smoke," he added.

Parents of the deceased children have been informed and the seven newborn babies rescued in the blaze have been shifted to another ward, he said.

Patients from the ICU ward, dialysis wing and labour ward (a room in a hospital set aside for childbirth) were also shifted to other wards safely, he added.

The cause of the fire in the four-storeyed building is yet to be ascertained but could have been the result of an electrical short circuit, he said.

Hours of the incident, Maharashtra Chief Minister Uddhav Thackeray ordered a probe after speaking to state Health Minister Rajesh Tope as well as the district collector and superintendent of police of Bhandara district. Tope is en route to Bhandara.

The state government announced Rs 5 lakh as compensation to the kin of the deceased. No post-mortems were conducted, and the bodies were handed over to the families.

Prime Minister Narendra Modi on Saturday expressed grief at a tragic fire incident in a Maharashtra hospital in which 10 newborn babies died.

"Heart-wrenching tragedy in Bhandara, Maharashtra, where we have lost precious young lives. My thoughts are with all the bereaved families. I hope the injured recover as early as possible," Modi tweeted.