Don't play with the sentiments of our farmers, they have power to topple the government: Chandrashekar Rao warns PM Modi 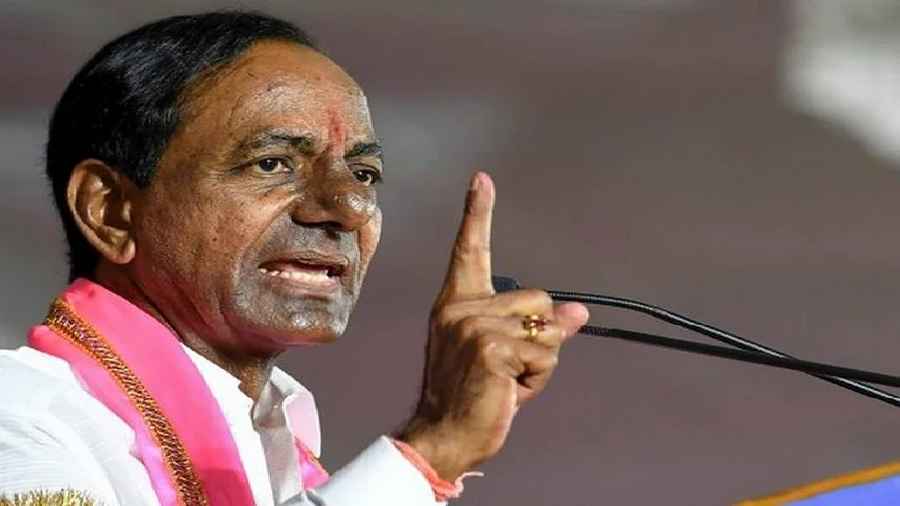 As the ruling TRS staged a dharna in New Delhi on Monday over the paddy procurement row, the BJP in Telangana organized a protest here demanding that Chief Minister K Chandrasekhar Rao either purchase paddy produced by state's farmers or step down from his post.

Alleging that the BJP-led NDA government discriminated against Telangana, TRS has taken up a series of protests, including road blockades, for nearly 10 days.

While the TRS government has been demanding that the Centre procure paddy from the state, the union government has maintained that it would buy raw rice.

Telangana BJP president and MP Bandi Sanjay Kumar recently alleged that the TRS government's "politicking on paddy procurement" smacks of a large-scale conspiracy to help middlemen make hundreds of crores and diverting the anger of farmers towards the Centre.

Stepping up protest against the Centre's paddy procurement policy, Telangana Chief Minister K Chandrashekar Rao on Monday gave 24 hours deadline to the Modi-government to respond if it will buy paddy from the state.

If the central government fails to respond, Rao threatened to take the protest across the country.

Staging a dharna along with his TRS party leaders at Telangana Bhawan here, Rao warned Prime Minister Narendra Modi, "Don't play with the sentiments of our farmers, they have power to topple the government."

Farmers are not beggars, they have the right to seek minimum support price (MSP) for their produce, he said.

"With folded hands, I urge Modiji and (Piyush) Goyal ji to respond to the state's demand on paddy procurement within 24 hours. After that, we will take a call," Rao said.

Rao said if the Centre does not respond, he would further intensify the protest across the country.

This is the Telangana Rashtra Samithi (TRS) ' first protest rally in Delhi after coming to power in the state in 2014. The party MPs, MLCs, MLAs, and entire cabinet ministers sat on dharna.

The TRS has intensified the protest and reached Delhi after the Central government refused Telangana's request to buy parboiled rice in the current rabi season.

The Centre is saying that it can procure only raw rice and not the parboiled ones which are not consumed largely in India.