Advertisement
Home / India / Teachers stand up when others don’t

Teachers stand up when others don’t

More than 300 teachers and students protest against a police raid at Delhi University associate professor Hany Babu M.T.'s house in connection with the 2017 Elgaar Parishad case 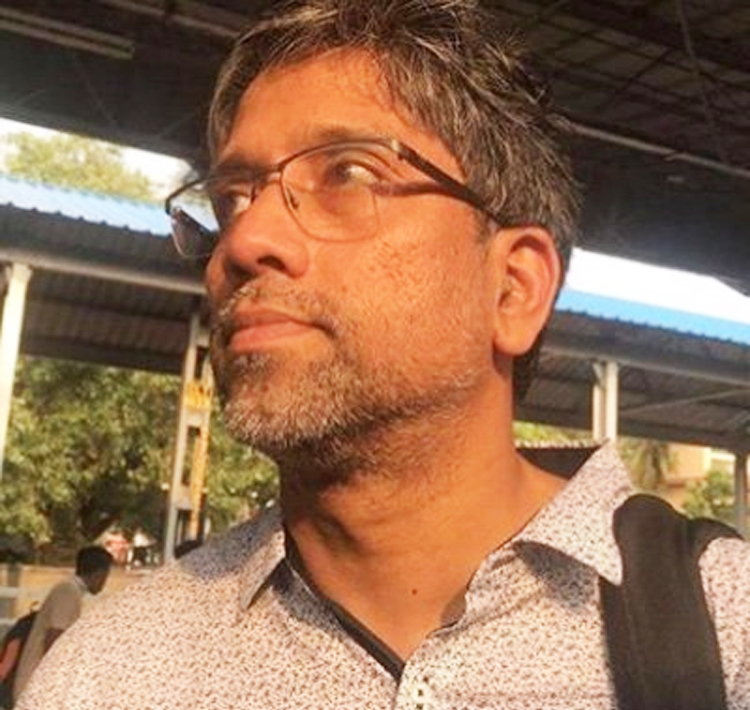 When almost every institution in the country has been accused of turning a deaf ear to cries of assault on civil liberties or dragging feet on taking swift action, academia is emerging as the principal voice of non-conformity that is unafraid of speaking out.

A police raid last month on Delhi University associate professor Hany Babu M.T. has served as a touchstone: while the political mainstream has largely remained muted, several teachers and students in multiple universities have stepped forward to condemn the swoop.

Pune police searched Babu’s Noida home on September 10 in connection with the 2017 Elgaar Parishad case, which has led 10 social activists to be lodged in prison for over a year without trial.

An Elgaar Parishad meeting by Ambedkarites in Pune on December 31, 2017, meant to commemorate the second centenary of the Battle of Koregaon against the Peshwa’s army, is being probed for alleged Maoist links, incitement of the violence that followed and a plot to attack the Prime Minister’s rallies.

Babu, who teaches English and fights for the rights of the downtrodden, told The Telegraph on Wednesday that the police team took away his computer hard disk and also changed his email password without telling him the new one, denying him access to the worksheets he had prepared for students and other materials.

“I am unable to do my duty because I have no access to my computer and email. I had saved (in the computer) the worksheets I had prepared for students over the years. I had also saved notes and a lot of materials,” Babu said.

Although almost the entire Opposition had protested when sedition cases were registered against several Jawaharlal Nehru University students in 2016, their response to the Pune case has been milder.

Few parties apart from the CPM have spoken up against the raid on Babu who, besides his work on linguistics, is known for his activism against caste discrimination and his campaign for more importance to be granted to Indian languages.

The teachers’ associations at DU, JNU, Jamia Millia Islamia, Hyderabad Central University and English and Foreign Language University have termed the crackdown on Babu an attack on academic freedom.

Teachers and students of DU and a few other universities have started a signature campaign against the police action on Babu.

The picture shows an exhibit at “150 years, Gandhi: Through the Eyes of Artists” at Lalit Kala Akademi in New Delhi on Wednesday. The fibreglass sculpture, Kasturba Ka Sath Gandhi Ka Hath, by Archana Sinha is among works by over 120 artists who have come together to commemorate the 150th birth anniversary of the Mahatma. The show, curated by Uma Nair, will run till October 22
(PTI)

According to Babu, the police did not disclose why his house was being raided. “They said you are a suspect in connection with the Elgar Parishad meeting before the Bhima Koregaon incident. I am not an accused in any case. I asked for copies of the material I had in my computer. They did not allow,” Babu said.

Uday Kumar, a faculty member at JNU, said academics could not work freely in an environment in which a teacher was denied access to his research notes and worksheets.

“The fact that the police can raid the house of a teacher without any evidence and case is antithetical to basic security that professional academics need. This is intimidation,” Kumar said.

The Birsa Ambedkar Phule Students Association said in a statement that Babu was being targeted by the police because he was a votary of social justice, which was not to the liking of the RSS and the BJP.

“We would like to appeal to anti-caste organisations and individuals to resist this Brahminical government, which without any ethics is doing anything and is trying to implement codes of Manusmriti,” the association said in a statement.

When academics had begun to speak out last month, DU teachers’ association president Rajib Ray had told The Telegraph: “Even during the freedom struggle and the Emergency, academics were at the forefront in speaking out against what was wrong. This is the trend the world over. That’s what universities are made for.”

Last year, Ray had led the battle against an attempt to bring DU teachers under the Essential Services Maintenance Act and the Central Civil Services rules, which prohibit strikes and participation in political associations and restrict what employees can write or speak. Some 48 JNU teachers are facing action for joining a strike against these recently imposed norms.

Babu had been part of the Committee for Defence and Release of G.N. Saibaba, a suspended DU professor serving a life sentence in Nagpur for his alleged links with the banned CPI Maoist.

“Hany Babu was a regular teacher and a defender of democratic rights who has not been charged with any crime,” JNU teachers’ association president Atul Sood said. “You make yourself vulnerable the moment you express yourself. Even if we speak out against the new education policy, we can come under the scanner.”

While many teachers shared the statements of their respective unions on social media — a cloak to shield them from direct involvement — eight of Babu’s English department colleagues put their names to a statement.

The statement said they were “shocked and outraged” at “the invasion of the privacy of an individual and his family without any legal document, and further, his undue intimidation and seizing from his home his precious teaching and research material….”

One of them, associate professor Prasanta Chakravarty, was a victim of an attack by the RSS-backed Akhil Bharatiya Vidyarthi Parishad on a students’ rally that was protesting violence by the group at Ramjas College in 2017.

Hundreds had then joined a rally in solidarity with Chakravarty and others who had been injured in the attack, and many more signed petitions demanding justice for him.

“That case is still on, and there has been a cover-up. In this (Pune) case they are trying to frame him (Babu),” Chakravarty told this newspaper.

“Even within the academic fraternity I think many people Left of the Centre had hoped the (Lok Sabha) election results would be different. Now there is a sense of fear. Our names are now in newspapers, and… we don’t know what can happen.”

Chakravarty added: “There are 21 colleagues in our department and only eight of us have signed the statement, which is very plain and not radical. It’s not that the others are Right wing, but people have become cautious.”

The police have seized two booklets of the Saibaba defence committee, N. Venugopal’s book Understanding Maoists, and From Varna to Jati — Political Economy of Caste in Indian Social Formation, the MPhil dissertation of Y. Naveen Babu, a Maoist killed by the police in 2000. None of these publications are banned.

“The texts we teach includes books like Such a Long Journey (by Rohinton Mistry), which was removed from Mumbai University’s syllabus because of complaints against its references to Bal Thackeray,” St Stephen’s College assistant professor Ashley N.P. said.

“The book actually is most scathing against the Congress and makes Indira Gandhi look like a thug. This raid or seizure of these books from Hany Babu goes against the common sense that prevails in the humanities and social sciences fraternity.”