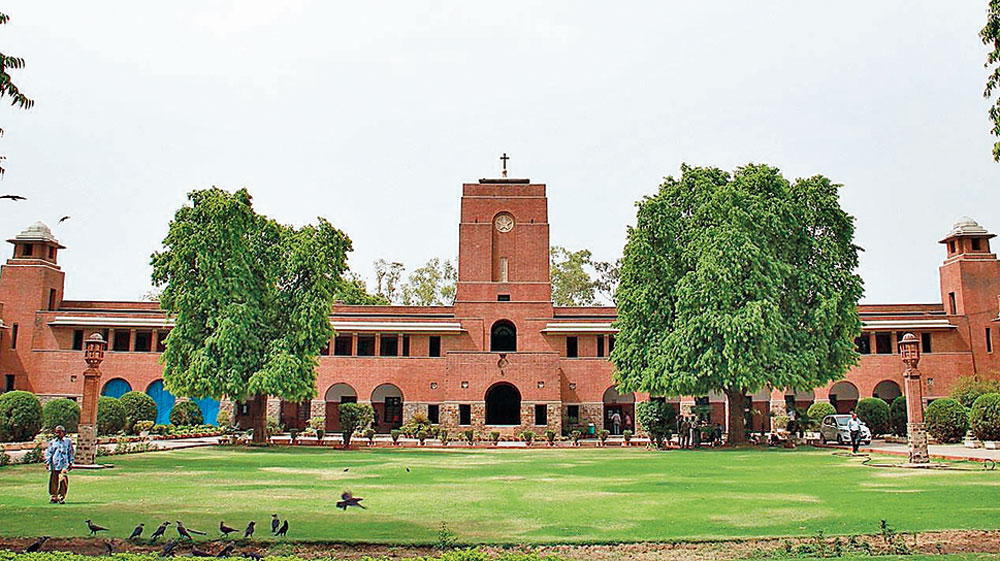 Delhi University’s St Stephen’s College has warned three governing body academics for objecting to the principal’s “illegal and unacademic” decision to include a member of the institute’s supreme council in the interview panel for selection of students.

The warning letters, issued by the principal, Professor John Varghese, accused the three teachers of making “false and irresponsible comments to the media”.

The letters, sent on Tuesday, said the teachers have been “advised not to repeat such irresponsible and unbecoming behaviour in future”.

Nandita Narain, who teaches mathematics, English teacher N.P. Ashley and Abhishek Singh, of the department of economics, had in a statement said the inclusion of the supreme council member amounted to a violation of the college constitution.

The council is a subset of six members of the governing body (the managing committee) and all members of the Church of North India. According to the college constitution, the council has control over religious and moral instructions and all matters that affect the institute’s character as a Christian college.

On Monday, at a meeting of the college’s staff council, the principal had announced that a member of the supreme council would be part of the interview panel.

The three teachers in their statement said: “The decision is in violation of the College Constitution that categorically stipulates that the Supreme Council shall have no jurisdiction in the administration of the college.”

It said a 1992 Supreme Court judgment that upheld the institute’s minority status had permitted the college to have a separate admission process, including an interview with 15 per cent weightage, only because college teachers conducted the interviews.

“Never in the history of the College has a non-academic person from outside the faculty of the College been a member of the admissions process. In the meeting of the governing body held on March 14, no such decision had been announced by the principal,” the statement said.

The teachers alleged the decision was “in violation of the powers of both the Governing Body as well as the Staff Council”.

“There is a clear conflict of interest in the principal bringing in another member of the Supreme Council into the interview panel for admissions, as it is the Supreme Council that selects the Principal, and will also take a decision about the renewal of his appointment for another term of five years,” their statement said.

The principal’s warning letter said the guidelines had been “duly reported” in a governing body meeting held on March 14 “in the presence of” teachers’ representatives.

“In the light of the above, I am shocked to see that you deliberately chose to ignore the facts and your press release is a complete concoction, factually and legally incorrect, and therefore it is against the code of professional ethics and the ethos of this institution,” the letter said.

It also accused the teachers of falsely claiming that the principal had taken the decision.

The letter said the decision was of the supreme council, “which has the sole power to decide on the admission policy as the College is a Christian minority institution”.

Sources said a staff association meeting was held on Tuesday and it was decided that the teachers would hold a protest against the move on May 17 and also explore legal options.

The teachers will also write a letter to the principal, the sources said.