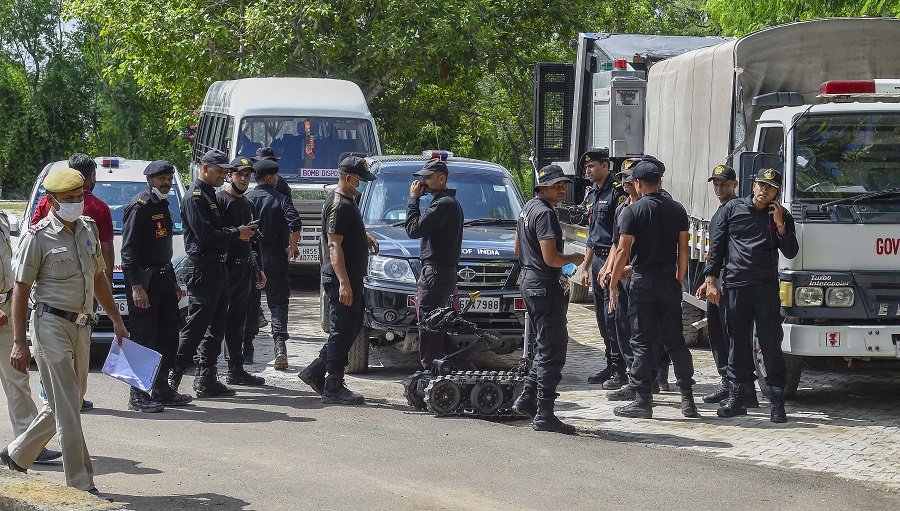 A suspected ISIS operative, armed with explosives and a weapon, was arrested in Delhi last night after a brief shootout, the police said, adding that he was plotting a "lone wolf attack".

Abu Yusuf, the accused, was arrested at around 11.30 PM in the national capital's Dhaula Kuan area. Two pressure cookers, turned into IEDs (improved explosive devices) with about 15 kg of explosives in them, and a pistol were recovered from his possession, the police said.

"One ISIS operative was arrested with Improvised Explosive Devices (IEDs) by our Special Cell after an exchange of fire at Dhaula Kuan," Pramod Singh Kushwaha, Delhi DCP (Deputy Commissioner of Police) Delhi Police Special Cell, was quoted as saying by news agency ANI.

The police believe the suspect visited several places in the city and was plotting a lone wolf attack. The matter is being investigated further, the police said, to determine if the suspected terrorist had accomplices in other parts of the city or country.