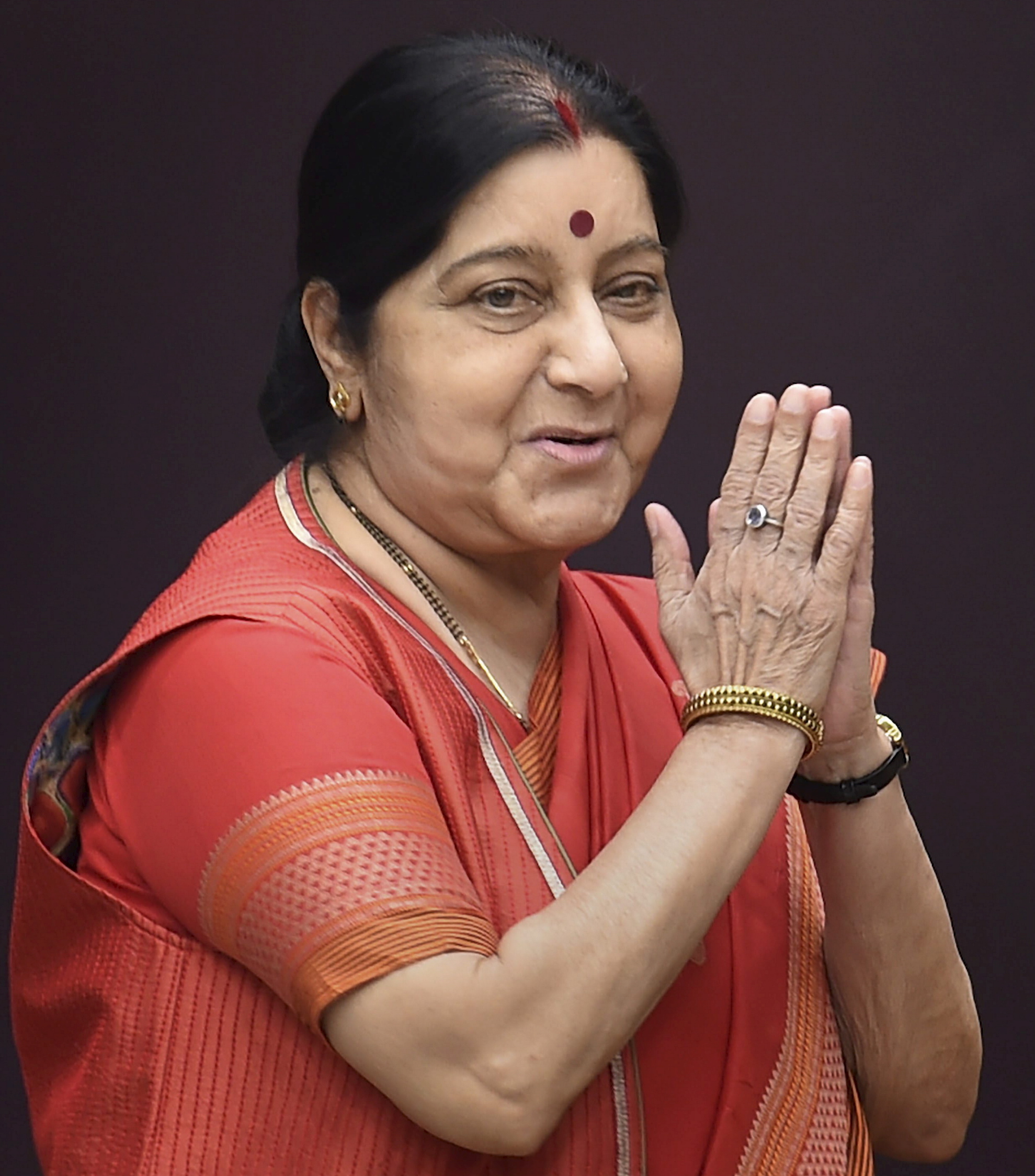 Senior BJP politician and the country's former external affairs minister Sushma Swaraj has passed away. She was 67. She was rushed to the All India Institute of Medical Sciences in New Delhi  at around 10:15 pm on Tuesday, August 6, after becoming critically ill.

Just hours earlier, she had tweeted to congratulate prime minister Narendra Modi and home affairs minister Amit Shah, for the government's move to revoke the special status of Jammu and Kashmir under Article 370, and to bifurcate the state into two union territories.

I congratulate the Home Minister Shri @AmitShah ji for his outstanding performance in Rajya Sabha.

Swaraj, who was a former MP from the Vidisha constituency, did not contest the 2019 elections. Among the numerous posts she held in her political career spanning more than four decades, she was minister for external affairs from 2014 to 2019, leader of the Opposition in the Lok Sabha (2009-2014), minister for information and broadcasting during the Atal Bihari Vajpayee-led government (2000-2003), chief minister of Delhi (1998), and a minister in the Janata Party government (1977 to 1980).

As news of her death broke, tributes and condolences came pouring in.

A glorious chapter in Indian politics comes to an end. India grieves the demise of a remarkable leader who devoted her life to public service and bettering lives of the poor. Sushma Swaraj Ji was one of her kind, who was a source of inspiration for crores of people.

We are saddened to hear about the untimely demise of Smt Sushma Swaraj. Our condolences to her family and loved ones. pic.twitter.com/T9wg739c8i

In the sudden demise of #SushmaSwaraj our nation has lost a patriot and leader who inspired countless people.

I'm beyond aggrieved at the passing away of Smt. #SushmaSwaraj A veteran politician and a pillar of the BJP, she was loved by everyone. She will be remembered as the most endearing & helpful politicians of recent times. My condolences to her family and friends. A huge loss for 🇮🇳 pic.twitter.com/JdI0vPxRJP

Shocked to hear about the sudden demise of BJP leader Sushma Swaraj Ji. Her contribution to the nation in various leadership roles will never be forgotten. Her stellar work as MEA will be looked upon as an exemplary model of governance. I pray God to give strength to the family pic.twitter.com/V241dX5sON