Advertisement
Home / India / Supreme Court to vet if fingers can be pointed at judges
On table: larger issue of citizens' rights

Supreme Court to vet if fingers can be pointed at judges

Justice Arun Mishra, heading the three-judge bench, hinted that the SC was primarily concerned with the larger issue of citizens’ right to raise such issues 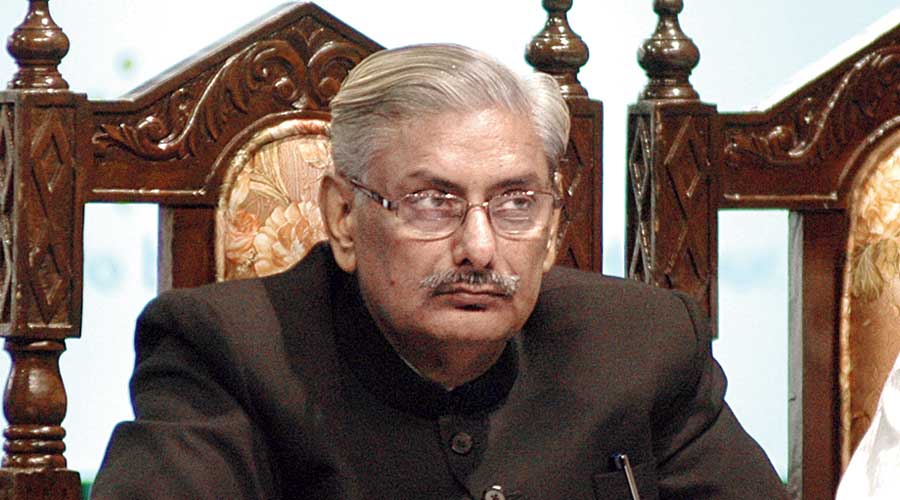 The Supreme Court on Monday decided to examine whether a person can make allegations of corruption against sitting and former judges and under what circumstances they can be levelled.

The decision was taken in the wake of two contempt proceedings launched against lawyer Prashant Bhushan.

Senior advocates Kapil Sibal and Rajeev Dhavan urged the apex court to give a “quietus” to the 2009 statements of Bhushan.

Justice Arun Mishra, heading the three-judge bench, hinted that the court was primarily concerned with the larger issue of citizens’ right to raise such issues.

Dhavan informed the court that Bhushan would file a review petition against the August 14 judgment convicting him for criminal contempt over the two tweets on the destruction of democracy and on the present Chief Justice of India. The same bench is dealing with the 2009 case and the tweets.

Although no official order was issued till Monday evening in the 2009 case, the bench that includes Justices B.R. Gavai and Krishna Murari decided to frame the following questions for consideration, which will be taken up for hearing next week:

In the 2009 suo motu case, Bhushan had in an interview to Tehelka magazine, stated that half of the 16 former CJIs had corruption allegations against them. Bhushan had admitted that he had no evidence to substantiate the allegations and had subsequently tendered “regret” for hurting the feelings of the former CJIs and their families.

On Monday, during the hearing, Justice Mishra said: “We wanted to finish this (2009 case). We wanted to end the case but the basic question is if you want to speak to the press in case you have any grievance against any judge, what should be the process?

“In what circumstances can such allegations be made is also a question. Putting a quietus is not the issue but the questions are also before us. When some matter is sub judice, to what extent… can the matter be argued through media or another mode?” Justice Mishra asked.

The judge made the observation after Sibal and Dhavan requested that the 2009 matter be given a quiet burial.

About the tweets’ verdict, Dhavan submitted: “Your Lordships judgment in the tweets’ matter delivered a day before Independence Day suffers from great imbalances. One part of that judgment says it can amount to contempt while another part says it cannot… we will file a review against the judgment relating to two tweets.”

Dhavan submitted that there cannot be per se contempt proceedings against Bhushan for the use of the word “corruption”.

“We intend to file a review for the judgment of August 14 for this very reason,” the senior counsel said.

The judge said the court wanted to frame certain questions on the rights of a citizen to make statements of corruption against sitting and retired judges. Senior advocate Shanti Bhushan suggested that the matter should be heard when the court starts physical functioning.

Justice Mishra said: “We want to hear you, Dr Dhavan. If you want to argue now or later.” Dhavan said: “I think all three of us, Mr Sibal, Mr Shanti Bhushan and myself would like to assist you.”

Justice Mishra said: “We want to hear because if the question is left, then it will not be better for later on.”

Dhavan agreed, saying the questions raised by the court “are very meaningful”.