SC taking steps to have own live-streaming platform, says CJI

We have ensured that the sanctity of the institution is maintained: Chandrachud 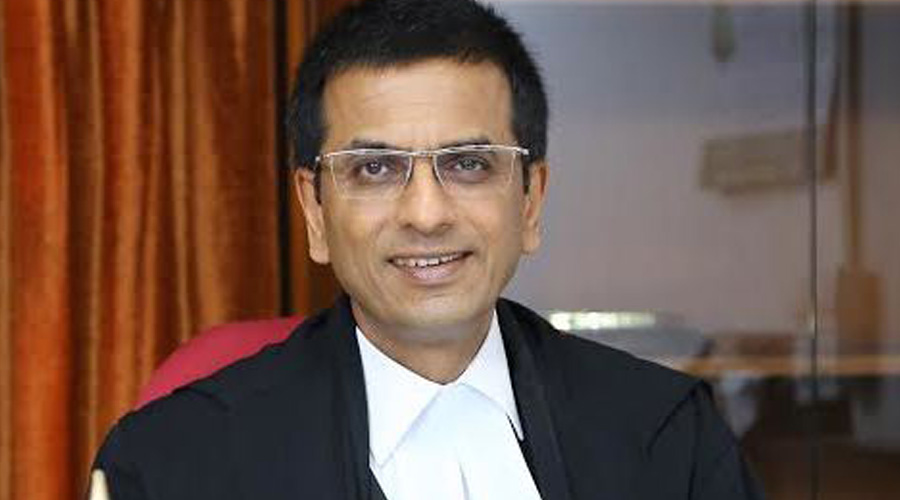 The Supreme Court on Friday said it would be taking steps to have its own judicial infrastructure to start live streaming of proceedings whose access would be given to "bona fide" persons like litigants, asserting it has ensured that the "sanctity of the institution is maintained".

Observing that sometimes "small clips" are being circulated on social media without proper context, a bench comprising Chief Justice D Y Chandrachud and Justice Hima Kohli, which was hearing a plea of senior lawyer Indira Jaising on various aspects of live streaming, said it will have to frame uniform rules, may be for the entire country, on live streaming and the standard operating procedures on digitisation of court records.

Jaising said small clips of court proceedings are regularly being circulated on social media sites like Instagram without proper context and there was a need to make rules on such things.

She said that such circulation can be made an offence under the Information Technology Act.

"If we have our own solutions, then this problem will not arise... when you have live streaming then it is like a film or a song which are available on YouTube. They will be available 24 hours and anybody can make a small clip.

"So it is important that we have our own solutions... After it is streamed, the access will be given to bona fide persons like lawyers, litigants, researchers and law colleges whatever... for bona fide purposes. But we have ensured that the sanctity of the institution is maintained," the CJI said.

He said sometimes these clips are taken out of context.

"The discussions in the court are in different contexts and a 10 second clip is put out without referring to what preceded or what succeeded. So we are looking into it," the bench said.

"We have to a frame the standard operating procedure (SOP) on digitisation for digitising files. It is complex thing for a large country with different degrees of access to internet also," it said.

The bench also asked the apex court's registry to consider providing video links for days proceedings in the cause list itself as done in various high courts.

It said, "since further progress has been made for finding a uniform solution for the purpose of the live streaming, we tentatively list the proceedings in the third week of January."

At the outset, when Jaising said that she was seeking live-streaming of matters having public and constitutional importance, the bench said many high courts are doing it on YouTube.

"We now think we can have our own platform for carrying out live-streaming...We want to have an institutionalised process," he said.

The bench said the next step would be to issue the expression of interest for selecting the best agency for setting up a judicial platform for live streaming the proceedings for the Supreme Court. The CJI said, "We can then expand it to all the courts" in the country.

At present, Supreme Court proceedings are live-streamed through the YouTube channel of National Informatics Centre (NIC).

Jaising also sought that the Court should maintain transcripts of the hearing.

"If you have to make a transcript physically then we need a large number of people...For transcription services, the cost is pretty steep for transcription. It is now being used in some high value arbitration," the CJI said.

The CJI said Jaising can give her suggestions to the Secretary General of the Supreme Court when the rules on live-streaming rules would be framed.

On September 27, the top court, for the first time, started to live-stream its Constitution bench proceedings related to the hearing of pleas challenging the reservation for the Economically Weaker Sections (EWS) and a row over control of services between the Centre and the Delhi government.

In a unanimous decision taken at a full court meeting headed by the CJI, the apex court had decided to live-stream the proceedings of all Constitution bench hearings from September 27, four years after the historic judgment on it by Justice Dipak Misra, the then CJI, in 2018.