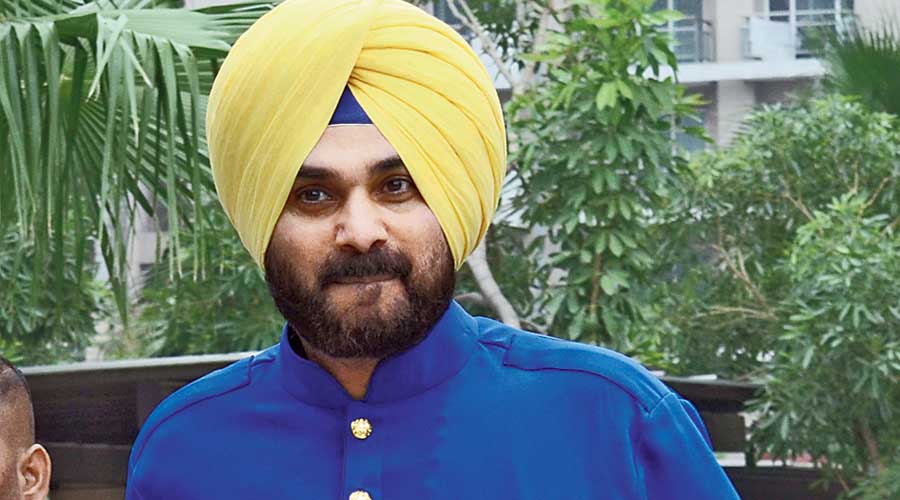 The Supreme Court on Thursday sentenced Congress leader Navjot Singh Sidhu to a year’s rigorous imprisonment in a road-rage case dating back three decades when he was an international cricketer, reversing its earlier judgment imposing a token fine of Rs 1,000.

Sidhu’s conviction under IPC Section 323 (voluntarily causing hurt) does not fall under Section 8 of the Representation of the People Act, 1951, which disqualifies a person from running for an electoral post for periods ranging between six and 12 years depending on the nature of the offence.

Senior lawyer Meenakshi Arora, who represents the Election Commission, told The Telegraph: “Sidhu will not invite disqualification on account of the present conviction.”

Sidhu, 58, tweeted later in the day: “Will submit to the majesty of law.”

Will submit to the majesty of law ….

Earlier on Thursday before the court verdict, he rode an elephant in Patiala to register a symbolic protest against the rising prices of essential commodities.

The bench of Justices A.M. Khanwilkar and Sanjay Kishan Kaul noted that “the consequences of the loss of temper must be borne” and that the earlier judgment had “missed” taking into account the fact that as a 25-year-old sportsperson who was “tall and well-built”, Sidhu was “aware of the force of a blow that even his hand would carry”.

The review petition based on which Sidhu was sentenced to jail had been filed by the family of Gurnam Singh, 65, who died in hospital after being hit on the head by the then cricketer following an argument on December 12, 1988, in Patiala.

According to the prosecution, Sidhu and his friend Rupinder Singh Sandhu were in a Gypsy parked in the middle of a road near the traffic signal at Battian Wala Chowk when Singh and two others were on their way to a bank to withdraw money.

Singh, driving a Maruti, asked Sidhu and Sandhu to move the Gypsy from the middle of the road. An argument broke out. Sidhu got off the car and rained blows on Singh’s head and face. Sidhu also allegedly took away Singh’s car keys. Singh was rushed to a hospital in a rickshaw and was pronounced dead there.

The trial court acquitted Sidhu and Sandhu on September 22, 1999, taking the view that the death occurred from cardiac arrest. On an appeal from the Punjab government and Singh’s family, Punjab and Haryana High Court in 2006 convicted Sidhu and sentenced him to three years’ rigorous imprisonment under IPC Section 304 (culpable homicide not amounting to murder).

However, in 2018, a Supreme Court bench of Justice J. Chelameshwar (since retired) and Justice Sanjay Kishan Kaul, who was part of Thursday’s bench too, modified the sentence to a fine of Rs 1,000.

Writing Thursday’s judgment, Justice Kaul said: “In our view, some material aspects which were required to be taken note of appear to have been somehow missed out at the stage of sentencing, such as the physical fitness of respondent No. 1 (Sidhu) as he was an international cricketer, who was tall and well-built and aware of the force of a blow that even his hand would carry.”

The court said the blow was not inflicted on a person identically placed physically but a 65-year-old person, more than double Sidhu’s age at the time.

“Respondent No. 1 cannot say that he did not know the effect of the blow or plead ignorance on this aspect. It is not as if someone has to remind him of the extent of the injury which could be caused by a blow inflicted by him. In the given circumstances, tempers may have been lost but then the consequences of the loss of temper must be borne,” Justice Kaul said.

The court said the question was whether a fine of Rs 1,000 was an adequate sentence merely because a lot of time had passed since the incident, given that a person had lost his life. Passage of time — 30 years then — had been one of the factors considered during the 2018 verdict.

“…Any undue sympathy to impose inadequate sentence would do more harm to the justice system and undermine the public confidence in the efficacy of law. The society cannot long endure under serious threats and if the courts do not protect the injured, the injured would then resort to private vengeance and, therefore, it is the duty of every court to award proper sentence having regard to the nature of the offence and the manner in which it was executed or committed,” the bench said.

Justice Kaul said that when a 25-year-old man who was then an international cricketer assaults a man more than twice his age and “inflicts, even with his bare hands, a severe blow on his head, the unintended consequence of harm would still be properly attributable to him as it was reasonably foreseeable. That it would cause the death of a person is another matter….”

Quoting the Vedic Dharmashastra, Justice Kaul said a person dispensing justice “should prescribe a penance appropriate to the age, the time and strength of the sinner, the penance being such that he may not lose his life and yet he may be purified. A penance causing distress should not be prescribed.”

The bench ordered that “the review applications/ petitions are allowed to the aforesaid extent and in addition to the fine imposed we consider it appropriate to impose a sentence of imprisonment for a period of one year rigorous imprisonment to be undergone by respondent No. 1”.