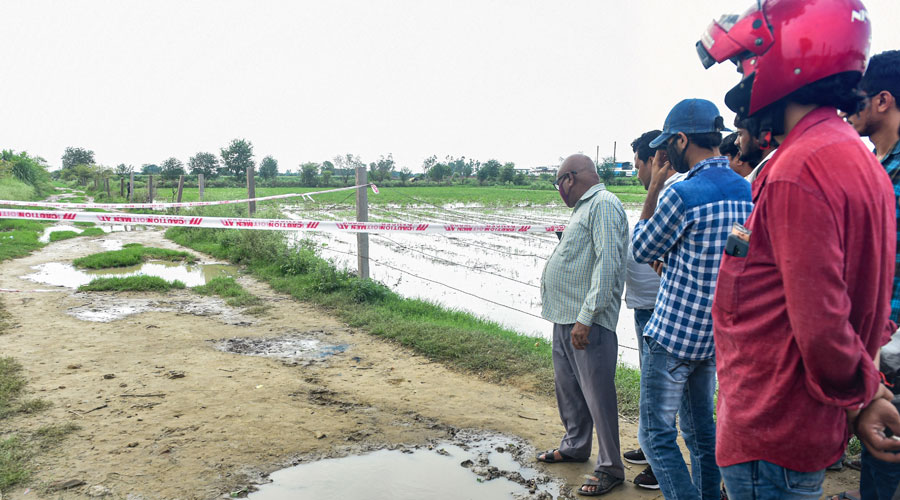 A day before the alleged encounter killing of gangster Vikas Dubey, a Mumbai advocate had moved the Supreme Court apprehending such an eventuality and seeking a court-monitored CBI probe into the circumstances leading to the killing of five of Vikas’s associates and the destruction of his properties by authorities in Uttar Pradesh.

Ghanshyam Upadhyay, the advocate, had filed the petition on Thursday after coming to know about Vikas’s arrest from Ujjain in Madhya Pradesh.

“…This Hon’ble Court may be pleased to direct the respondent Nos. 1 to 3 (Uttar Pradesh government and its senior police officers) safeguard the life of accused Vikas Dubey and ensure that he is not killed/encountered by police and complete security arrangement is made for his safe production in the concerned court from time to time and he is dealt with in accordance with law,” the petition had pleaded.

Although the purpose of the petition — to prevent a possible encounter — no longer holds good, the court can still take it up for hearing. The petition is yet to be listed for a formal hearing.

Upadhyay wanted the court to direct the CBI “to conduct a thorough investigation into the killing/alleged encounter of four accused who along with co-accused Vikas Dubey were alleged to be involved in the killing of eight policemen in district Kanpur….”

The eight policemen had been killed when a raid to arrest Vikas went awry on July 3.

According to the petitioner, the entire Uttar Pradesh administration had sprung into action after the ambush “and even the chief minister of the state had exhorted that the sacrifice of policemen will not go in vain and none of the culprits shall be spared”.

Quoting media reports, the petition had claimed that the administration had launched a hunt to trace and arrest Vikas and the co-accused.

The petitioner had alleged that the administration and the police had demolished Vikas’s properties with bulldozers.

It alleged that five of Vikas’s associates had been killed in fake encounters.

“Thus, there is every possibility that even accused Vikas Dubey shall be killed by Uttar Pradesh police like the co-accused once his custody is obtained…. Killing of the accused by the police in the name of encounter even in howsoever heinous crime is against the rule of law and a serious violation of human right and this is nothing sort of Talibanisation of the country and hence the instant petition,” it had added.