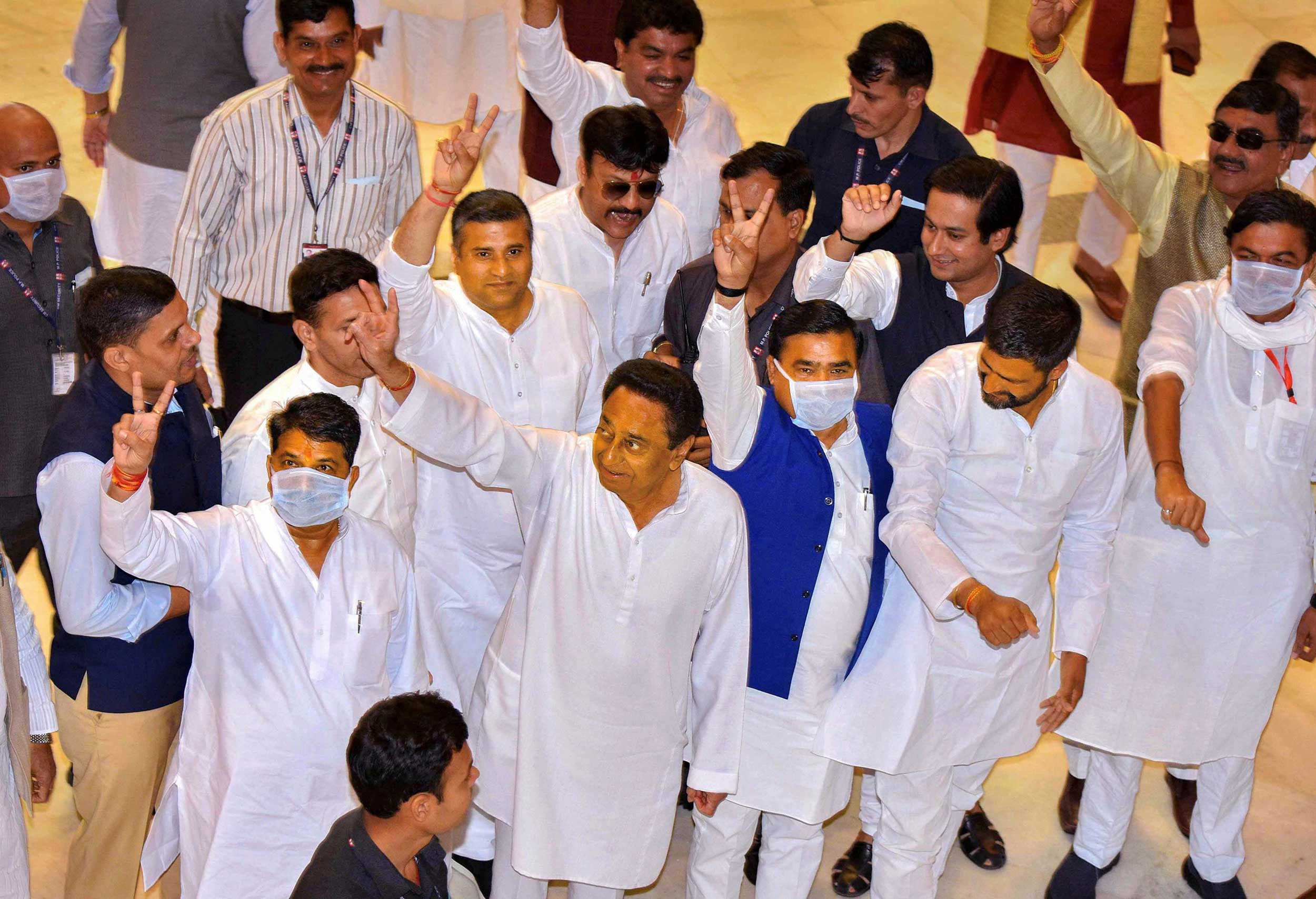 Kamal Nath along with Congress party MLAs during the budget session of state assembly in Bhopal on Monday.
(PTI)
Our Legal Correspondent   |   New Delhi   |   Published 17.03.20, 09:09 PM

The Supreme Court on Tuesday issued a formal notice to Madhya Pradesh chief minister Kamal Nath, the Speaker and the Assembly secretary on a BJP petition seeking an immediate floor test.

The petition has been filed by former chief minister Shivraj Singh Chouhan and nine other BJP MLAs. A bench of Justices D.Y. Chandrachud and Hemant Gupta issued formal notices to Kamal Nath, Speaker Prajapati and the Assembly official and adjourned the matter till Wednesday.

Senior advocate Mukul Rohatgi, appearing for Chouhan and the others, had complained that none had appeared on behalf of the three despite being served prior notice by the petitioners informing them about the matter being listed before the court.

The Madhya Pradesh Congress Legislature Party on Tuesday filed a separate writ petition in the apex court pleading that 16 of its legislators were being held captive in Bangalore by the BJP governments in Karnataka and at the Centre.