Bench is also hearing a challenge to disqualification notices sent to 16 rebels by deputy Speaker, with next hearing scheduled for July 11 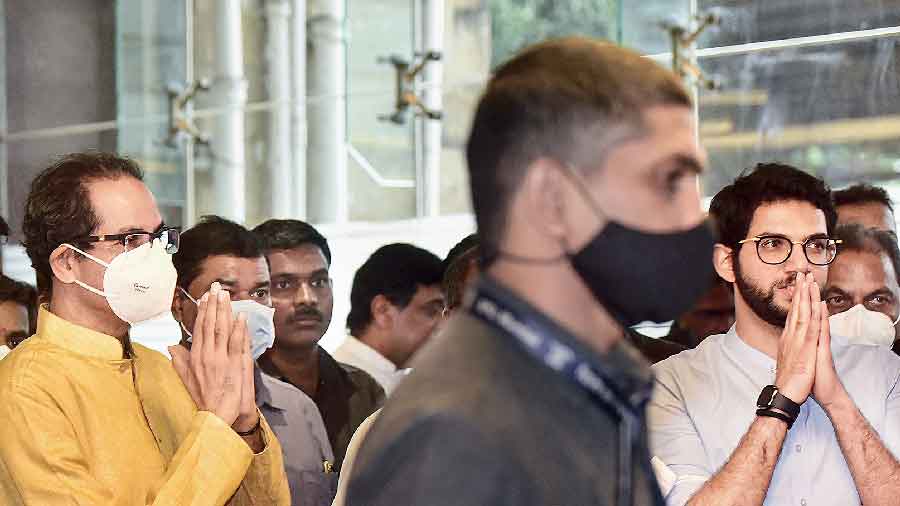 The Supreme Court on Wednesday cleared the decks for a floor test in the Maharashtra Assembly on Thursday, as directed by the governor, but said the result would be subject to the outcome of the present petition challenging the governor’ decision.

Shiv Sena chief whip Sunil Prabhu had moved an urgent writ petition challenging the governor’s directive to chief minister Uddhav Thackeray, in the context of the rebellion by 39 Sena MLAs, to prove his majority in the Assembly on Thursday.

After a three-and-a-half-hour hearing in the evening, the vacation bench of Justices Surya Kant and J.B. Pardhiwala refused to interfere with governor Bhagat Singh Koshyari’s directive to the Sena-NCP-Congress coalition government.

It issued notices to the rebel MLAs’ leader Eknath Shinde and others on Prabhu’s petition and asked them to reply in two weeks. Till the matter is resolved, the result of the floor test will remain in abeyance.

The same bench is also hearing a challenge to the disqualification notices sent to 16 rebels by the deputy Speaker, with the next hearing scheduled for July 11.

Senior advocate Abhishek Manu Singhvi, appearing for Prabhu, argued against a floor test on Thursday on the ground that the Sena had received Koshyari’s communication only on Wednesday morning.

He said two MLAs of the NCP were down with Covid and one Congress MLA was abroad.

However, senior advocate Neeraj Kishan Kaul, appearing for Shinde, defended the governor’s decision and cited various Supreme Court judgments, including one by a five-judge constitution bench in the S.R. Bommai case that said the ideal place to determine a government’s majority was the House.

Solicitor-general Tushar Mehta, representing the governor, said the directive for a floor test was in keeping with constitutional provisions and earlier apex court judgments.

The bench passed the order after convening a special hearing of the dispute at 5pm. Despite the court being on summer vacation, the vacation bench heard the matter till 8.30pm and reserved its verdict. It reassembled at 9pm to pass the order allowing the floor test.

The bench has allowed arrested NCP ministers Anil Deshmukh and Nawab Malik to participate in the floor test, to be held at a special session of the Assembly at 5pm.

Deshmukh and Malik have been arrested in money-laundering cases. A special court and Bombay High Court had earlier rejected their bail pleas.