'Such melodrama': Cong slams Sitharaman for questioning official on absence of PM photo at PDS shop 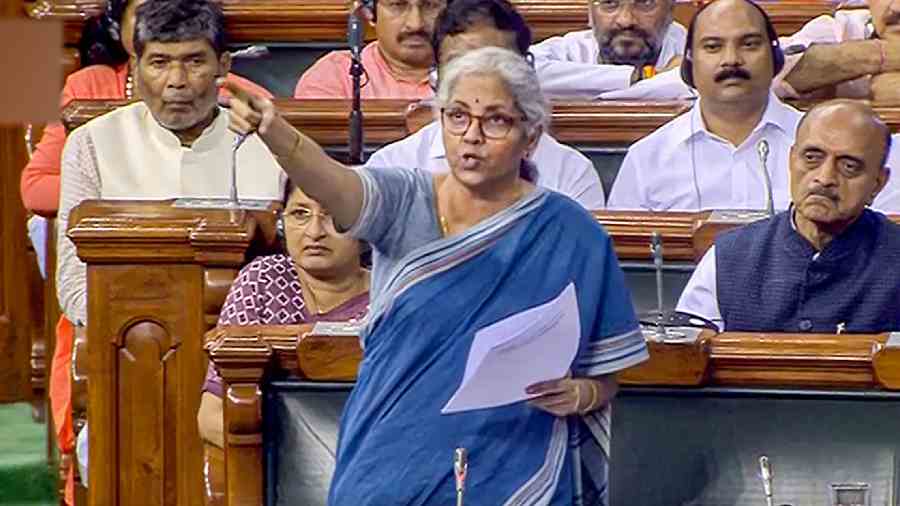 The Congress on Saturday hit out at Union minister Nirmala Sitharaman for asking a district collector as to why Prime Minister Narendra Modi's picture was missing from a ration shop in Telangana, saying such "melodrama" from her to remain in the PM's "good books" was highly unbecoming.

Sitharaman on Friday pulled up Kamareddy collector Jitesh Patil when he could not provide her an answer to what was the Centre and the State's share of the rice supplied through fair price shops.

Sitharaman, who was attending various programmes in the Zaheerabad Parliamentary Constituency as part of BJP's 'Lok Sabha Pravas Yojana', asked Patil as to why the picture of PM Modi was missing at the PDS ration shop in Birkur.

She said the Centre bears a lion's share in the subsidised rice which is being sold to beneficiaries in the State at the rate of Re 1 kg.

Tagging a tweet by Sitharaman's Office that had also posted a video of her interaction with the official, Congress general secretary Jairam Ramesh said, "National Food Security Act was enacted by Dr. Manmohan Singh's Govt in Sept 2013. There was no expectation that photographs of political leaders will be used to claim credit."

"Such melodrama from Finance Minister to remain in the good books of Prime Minister is highly unbecoming!" he said.

In a tweet, Sitharaman's office quoted her as saying, "Under PMGKAY, entire cost on 5kg foodgrains given free is borne by Modi Govt. Under NFSA, more than 80% of cost of foodgrains is borne by the Modi Govt. Is there any objection to poster/banner of PM Modi being displayed at ration shops?"