The country needs to grow at 10 per cent p.a. to become a superpower by 2030, the Rajya Sabha MP said. 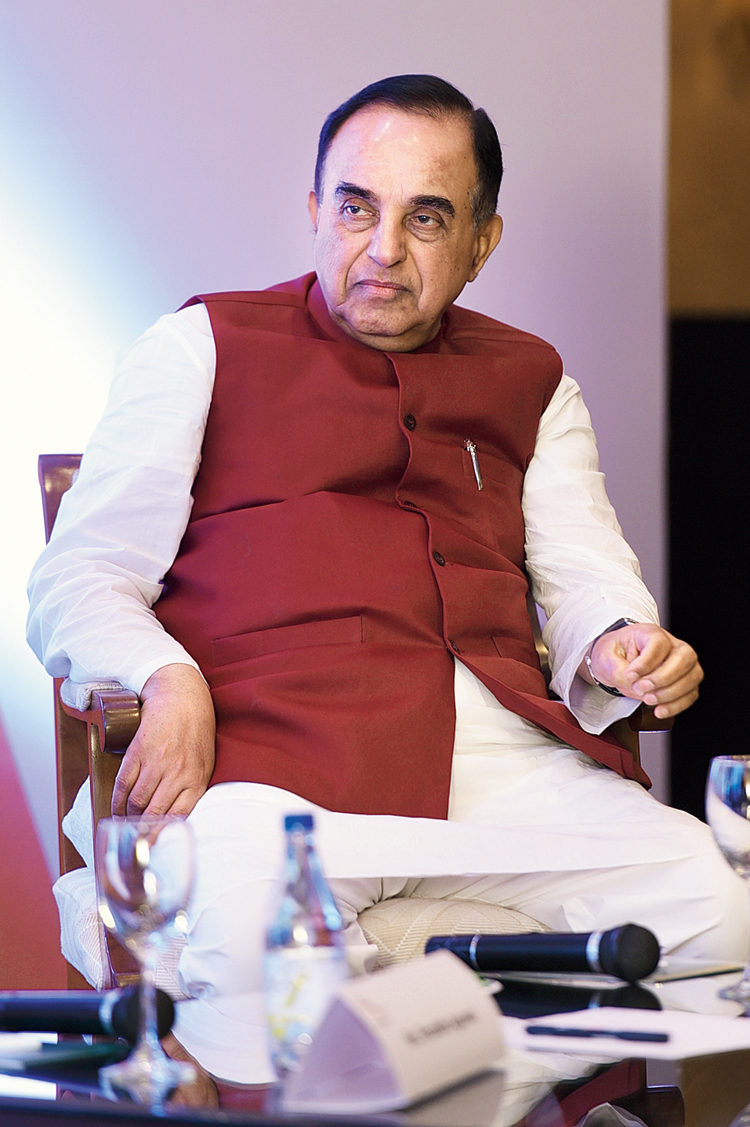 Describing India's latest tax reform GST as 'the biggest madness of the 21st century,' BJP leader and Rajya Sabha MP Subramanian Swamy on Wednesday said that the country needs to grow at 10 per cent per annum to become a superpower by 2030.

He also demanded that former Prime Minister late P. V. Narasimha Rao be given the highest civilian award, the Bharat Ratna, for the reforms he introduced during his tenure.

Speaking on 'India - an Economic Superpower by 2030', organised by the Pragna Bharati in Hyderabad, Swamy said though the country had achieved eight per cent growth from time to time, there had been no improvements on the reforms brought in by the Congress leader.

'So how to get that 3.7 per cent (efficiency factor to utilize investments)? (We need to) fight corruption, second, reward those who will invest. Don't terrorise them (investors) with income tax and this GST, which is the biggest madness of the 21st century. This GST is so complicated (that) nobody understands which form to fill and where,' Swami said.

'And they wanted it to be uploaded to the computer. Somebody came from Rajasthan, Barmer...He said we dont have electricity, how can we upload? So I said upload it on your head and go to the Prime Minister and tell him,' he added.

He opined that India should grow at 10 per cent per annum for the next 10 years to become a superpower.

If this momentum continues, it would overtake China and also challenge the US for the number one position in 50 years, he said.

Swamy said the problem India currently faces is shortage of demand as people do not have money to spend, thereby hindering the economic cycle.

'You want 10 per cent growth rate, then investment rate to the GDP should be 37 per cent and 3.7 per cent should be your efficiency factor and not five per cent as it is today,' he said, suggesting that Income tax be abolished to remove corruption and achieve higher economic growth.

Pitching for the Bharat Ratna for Narasimha Rao, the BJP leader said that former Prime Minister Manmohan Singh as Finance minister in Rao's cabinet implemented the reforms in the 1990s.

'After (PV's regime) that, we have been achieving eight per cent from time to time. But we have not improved on the reforms that Narasimha Rao brought in. We need to do it now. Your question is will we be an economic superpower by 2030 in 10 years? Of course we can,' he said.

Swamy said per acre agricultural output in India was less compared to many other countries due to lack of irrigation facilities.