Advertisement
Home / India / Stand up and be counted: Akhilesh Yadav's open letter to all Indians

Stand up and be counted: Akhilesh Yadav's open letter to all Indians 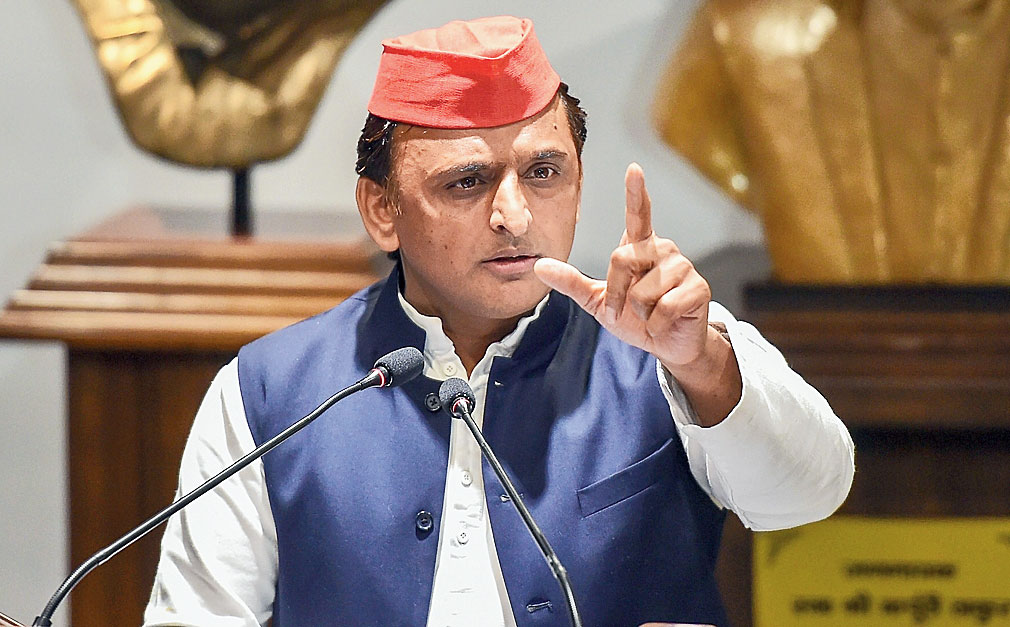 The debate over who won and who lost will never be conclusive. But Mamata Banerjee can claim one tangible change: Akhilesh Yadav has issued an open letter for the first time in English. The Samajwadi leader and former chief minister of Uttar Pradesh, always careful to speak only in Hindi in public, has reached out to a national audience by applauding Mamata Banerjee through the letter addressed to “all my fellow Indians”.

I write to you today because two and a half men — and a media that has been corrupted by their sycophantic portrayal of these men — are on the brink of destroying our nation and everything it stands for….

In the last 24 hours, it is clear that the democratic republic… is being systematically hollowed out and destroyed….


Two and a half men… are on the brink of destroying our nation and everything it stands for.
- Akhilesh Yadav


The formula is simple — unfriendly politicians in power are to be embroiled in legal battles, buried under false charges, attacked as anti-national and seditious and their states set aflame using whatever sectarian methods are at the disposal of this government that dreams of staying (in) power for 50 years….

This is just one of many nakedly political attacks being orchestrated across the country by the two and a half men who run this country…. Our Prime Minister is far from a strong man. To quote his own cabinet minister and colleague, Mr Nitin Gadkari, “one who cannot manage his home cannot manage the country”.

In attacking Mamata Banerjee, these two and a half men forget her past. Here is a woman who was dragged from Jyoti Basu’s office by the hair for demanding action against rapists…. Here is a woman who defeated the old patriarchy of the Communist Party in their bastion….


Elections should be fought at the polling booth, not using midnight raids, trumped up charges and lies.
- Akhilesh Yadav


I believe it is time for all Indians, regardless of their politics, their religion, their caste or the region they belong to, to agree to two things: that the rule of law requires strong institutions, not weak officers who are weaponised against political opponents; and that elections should be fought at the polling booth, not using midnight raids, trumped up charges and lies.

I call on our judiciary, the CBI, the IAS, the IPS and all our national institutions to prevail against the constant attacks on them and to fight back with integrity. I call on them to stand up for due process so that they do not act as the election agents for a particular party. I call on our fellow Indians who work at these institutions to stand up and be counted and I pray that our fellow Indians who work in the media will speak truth to power without fear or favour.

You can disagree with me, you cast your vote for the person who can represent you best but please do not allow this motley group made up of two and a half men to erode the very basis of our country.