Jamia Masjid Srinagar closed for 14 Fridays this year, Mirwaiz not allowed to visit today too

Although the Anjuman did not mention, it was apparently responding to a police statement the central mosque of Kashmir was closed for prayers only three Fridays 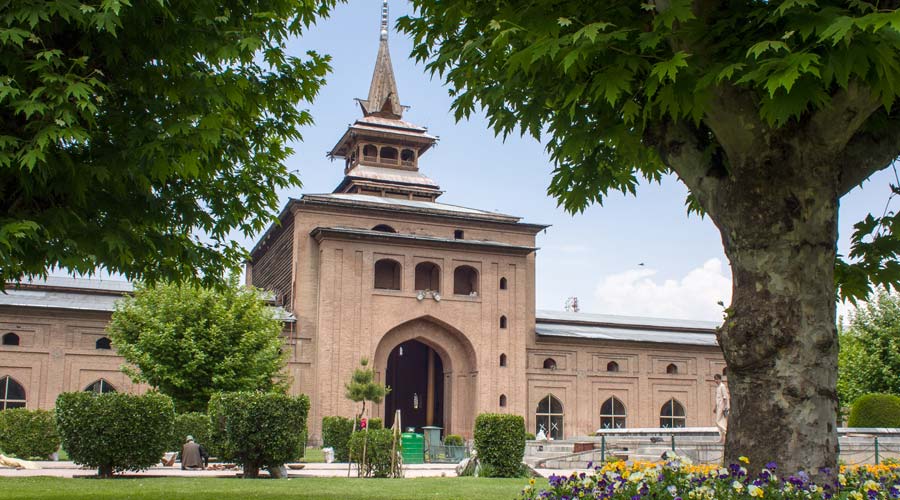 The management of Jamia Masjid Srinagar Friday claimed the historic mosque was closed for prayers 14 Fridays this year, and said its head Mirwaiz Umar Farooq was not allowed to leave his residence for delivering the sermon during the day.

Although the Anjuman did not mention, it was apparently responding to a police statement the central mosque of Kashmir was closed for prayers only three Fridays.

"Jamia Masjid has been closed for prayers for 14 Fridays by the authorities this year so far," the Anjuman, which manages the affairs of the mosque, said in a statement.

On Tuesday, responding to a tweet by AIMIM leader Asaddudin Owaisi, the Srinagar Police said, "Jamia is fully opened, only on 3 occasions post-covid, it was temporarily shut for Friday noon prayers owing to inputs of terror attack /law & order situation. This was after Jamia authorities failed to take responsibility of happenings inside. Staying far is no excuse of ignorance."

Owaisi had asked Lieutenant Governor Manoj Sinha when the administration will allow Friday afternoon prayers at the Jamia Masjid.

The MP from Hyderabad hit back at the police claim posting media reports which did not bear out the law enforcement agency's claims.

The police retorted through a tweet and attaching a picture of people offering the namaz.

"This pic of inside of Jamia from last friday's noon prayers is enough to bust the lies peddled. It is one thing to tweet a false fact, while it is next level to keep clinging to fake fact by shifting goalposts. 29 Apr, 3 May & 10 July are 3 dates when post covid closure happened."

The Anjuman also claimed its head Mirwaiz Muhammad Umar Farooq was not allowed to leave his residence for delivering the sermon at the historic Masjid here even this Friday..

"Like the previous several Fridays, additional police and other paramilitary forces were deployed today outside the Nigeen residence of Mirwaiz-e-Kashmir," it added.

The Anjuman said after the LG's statement last month that the Mirwaiz was a "free man" it had hoped he would be released, but that has not happened so far.

"It now hopes that as the holy month of Rabi-ul-Awwal, the blessed month of the birth of the Messenger of Allah Prophet Muhammad (SAW), the Mirwaiz will be released so that to he can disseminate the universal message of humanity, brotherhood and tolerance of the Prophet of Islam," the organisation said.