On Friday, the decision was implemented without an official announcement 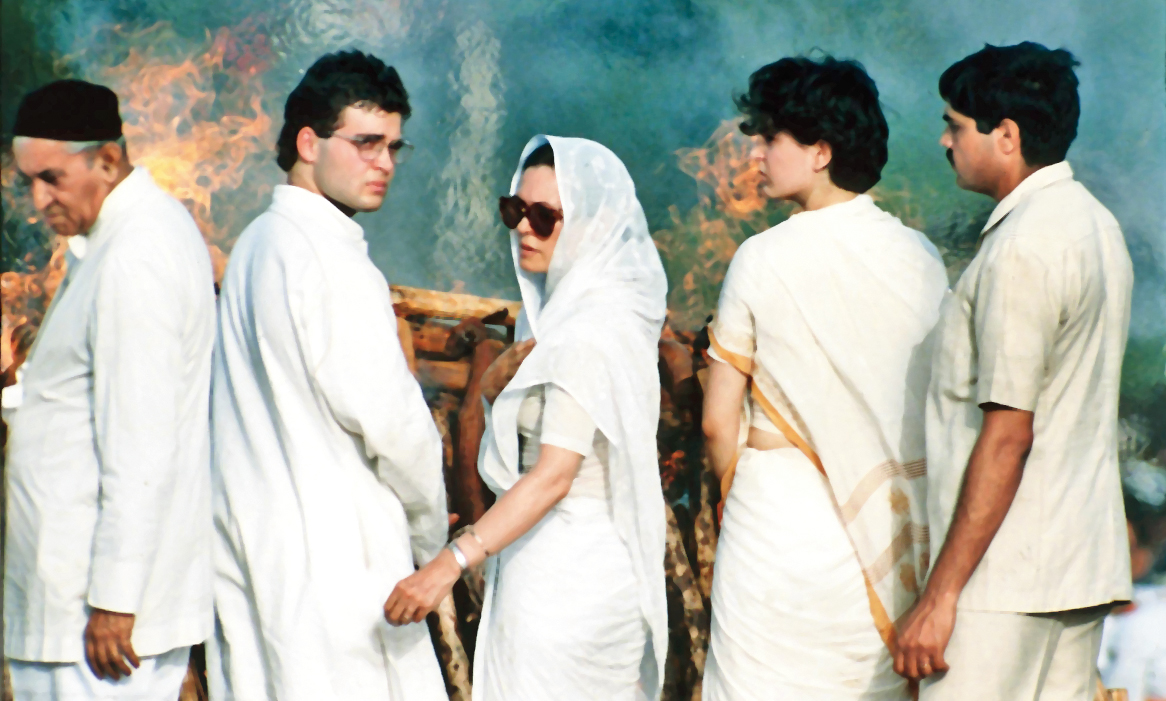 MAY 24, 1991: Rahul, Sonia and Priyanka at the funeral of Rajiv Gandhi, who was assassinated on May 21, 1991, seven years after his mother Indira Gandhi was gunned down. In 1989, the VP Singh government had withdrawn outgoing Prime Minister Rajiv Gandhi’s SPG cover
(The Telegraph archive picture)
Imran Ahmed Siddiqui   |   New Delhi   |   Published 09.11.19, 12:38 AM

The Narendra Modi government has withdrawn the Special Protection Group cover of Sonia Gandhi, Rahul Gandhi and Priyanka Gandhi Vadra, with officials saying there is no “direct threat to the Gandhis” and accusing them of repeatedly violating the security protocol anyway.

The move comes two months after the Centre removed the SPG cover of former Prime Minister Manmohan Singh, although a home ministry bureaucrat said the decisions on Singh and the Gandhis had been taken together in end-August.

On Friday, the decision was implemented without an official announcement: the 200 SPG guards who protected each of the Gandhis were silently replaced with around 40 CRPF personnel for each.

The SPG, an elite force of 3,000 commandos, is now tasked with protecting only Prime Minister Modi. It’s not clear whether some of them would now be deployed elsewhere.

While the Congress on Friday accused the government of “vendetta politics” against the Gandhis, the Centre issued no official explanation for its decision. Instead, it sought to justify the move through bureaucrats who spoke unofficially.

“During a review, the home ministry found there was no direct threat to the Gandhis. Their security will not be compromised since they have already been provided Z-plus security,” an official in the home ministry’s media wing said.

Later in the day, government sources accused the Gandhis of “failing to cooperate with the protocol and impeding the smooth functioning of the SPG”, citing this as another reason for the SPG withdrawal.

But a security official who asked not to be identified said that while, under the SPG Act, “the government can always withdraw security cover based on a review of the threat assessment, the plea that the Gandhis were not cooperating with the SPG is ridiculous”.

“While Rahul was travelling in a non-bullet-resistant car against SPG advice during a Gujarat trip on August 4, 2017, there was a bout of stone-throwing that injured his personal security officer. The injury could have been avoided,” an official said.

He said the Congress had raised the stone attack in the Lok Sabha, prompting then home minister Rajnath Singh to clarify that Rahul had refused his SPG-approved vehicles during 100 of 121 visits between April 2015 and June 2017.

* Sources said Rahul had made 143 of his 156 foreign visits since 1991 without any accompanying SPG officer. He had shared his itinerary at the eleventh hour, making it impossible for the SPG to depute officers to accompany him.

* Sources said Sonia too had eschewed SPG-approved vehicles 50 times while travelling in Delhi since 2015. She had also made 13 unscheduled visits outside Delhi without bullet-proof cars, and 24 foreign visits unaccompanied by SPG officers during this period.

* Priyanka had foregone SPG-approved vehicles 339 times in Delhi and 64 times outside the capital. “During her 99 foreign visits since 1991, she accepted SPG cover only 21 times. She too mostly shared her travel plans at the eleventh hour,” a source said.

The sources said Rahul had several times unnecessarily “dragged the name of the SPG” in his public speeches, and Priyanka levelled unsavoury allegations against the force.

They said Rahul had last year alleged that a former SPG head had told him in 2014 that the Modi government had removed him for refusing an RSS request to induct its handpicked officers into the commando force.

“Priyanka has since May 2014 been alleging that SPG officers are collecting her personal information and sharing them with unauthorised people,” a source said.

“She has threatened legal action against top SPG officers. The SPG has, from time to time, countered the allegations by clarifying that it functions strictly according to the official charter.”

The SPG was set up in 1985 after the assassination of Prime Minister Indira Gandhi the previous year.

Parliament passed the SPG Act in 1988, dedicating the group to the protection of Prime Ministers and their families. After V.P. Singh came to power in 1989, his government withdrew outgoing Prime Minister Rajiv Gandhi’s SPG cover.

After Rajiv’s assassination in 1991, the SPG Act was amended to provide security to former Prime Ministers and their families for 10 years.

The Vajpayee government amended the law in 2003, pruning the period of automatic protection from 10 years to one year, depending on the threat perception.

A former security official said the Congress-led UPA government too had reviewed Vajpayee’s security under the amended rules but let his SPG cover continue though he was bedridden till his death last year.

“The withdrawal of the SPG cover of the Gandhis and Manmohan Singh smacks of political vendetta. Unlike the bedridden Vajpayee, whom the UPA continued to allow SPG cover, Singh is still active in politics and travels frequently. He is an MP too,” he said.

In June this year, the Centre had reduced the staff strength at Singh’s office. The Congress had then cited how the UPA had left Vajpayee’s office staff strength untouched.

Singh’s daughters had given up their SPG cover voluntarily after he completed his tenure in 2014.